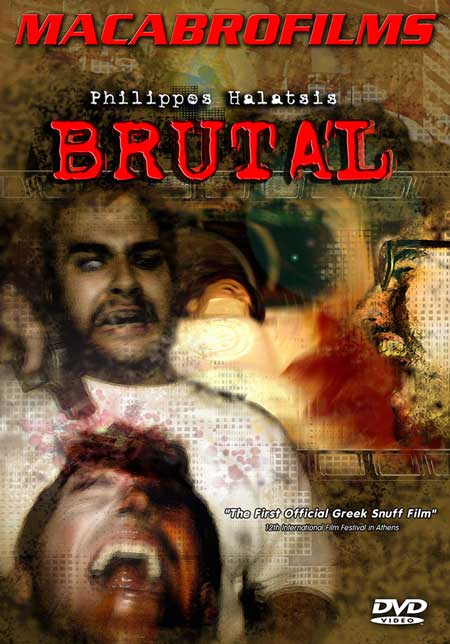 A group of criminals kidnap a woman for ransom, hoping for a big payday. Unfortunately, they discover that crime doesn’t pay.

Brutal is from director Filip Chalatsis, and is a Greek horror film. This, by itself, was interesting to me, because I can’t for the life of me think of another Greek horror film I’ve ever seen. I love horror from all over the world, and foreign horror is intensely fascinating in its social commentary and brutally disturbing in its nihilistic and existential content. But Greece cinema is not something I’m especially familiar with. As a matter of fact, I think the only Greek film I’ve ever seen was Dogtooth (which is absolutely astounding, and is a must-watch on any Disturbing Movie Fan List). So, hey, I’m down. I’m all for expanding my film horizons, and if Greece is making good horror now too, then I’m all for it. 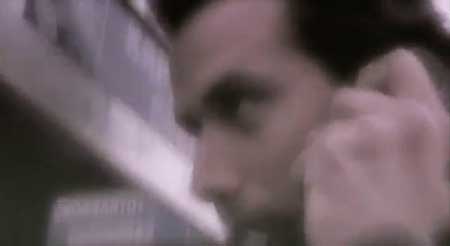 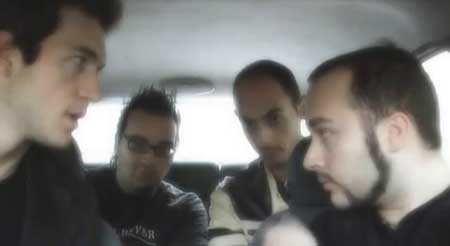 Yeah. They’re not. At least not if this film was any indication. Literally nothing of interest happens in the first 15 minutes of the movie. Static camera shots, hazy effects added in to hide the poor production quality. Every shot had a weird filter over it, which certainly could be of interest if you’re shooting an art house film, but there’s no artistic merit to this film whatsoever. The director uses jump cuts to seemingly distract from the mundanity of what is actually appearing on screen. Amateurish is too kind a word to describe this film making.

The film is about a group of kidnappers who are not very good at kidnapping. They snatch a rich man’s daughter, hoping to make off with a hefty ransom. Shortly thereafter, they start offing each other, with jealousy and paranoia winning the day. The dialog is boring and monotonous, and it feels more like a drama through probably 90 perfect of its runtime. It is very script heavy, or so you’d think. Apparently, there was very little actual script involved. The actors were gathered together, given the basis for what the individual scene they were shooting was about, and then just kinda ran with it. Unfortunately, everyone involved here seem to be a bit of a rambler, as I kept being distracted from the nothing that was happening in the plot by the nothing that was happening with the dialog. 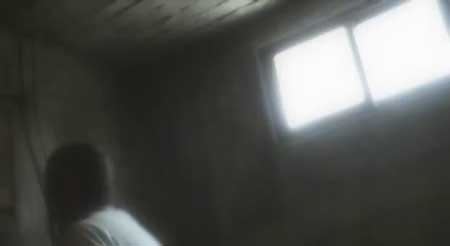 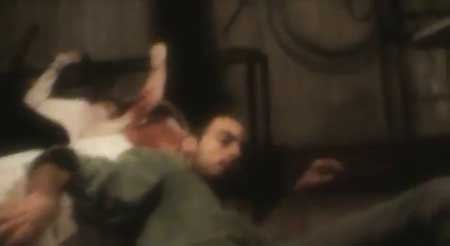 The film is shot in a found footage style through a lot of the movie, with handheld cameras providing what little bit of artistic integrity that is to be found in the film. It is, essentially, a smash cut of a bunch of different scenes filmed at different times. Shot on one camcorder with little to no added lighting, the director wanted things to appear as real as possible, generally not telling the actors what was going to happen before it actually went down. While this can be an effective way to keep your crew in the dark, generating real surprise and actual emotion from the actors, it can also result in a jumbled mess of a film that keeps the audience in the dark as well. It’s really a poor film, and while I hesitate to come across so harshly, I can honestly say that Chalatsis probably would’ve been better off had he not bothered to make this one at all. I know that I would’ve been better off had I not watched it. 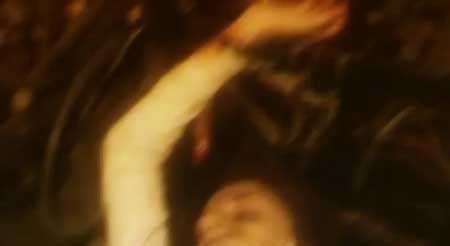 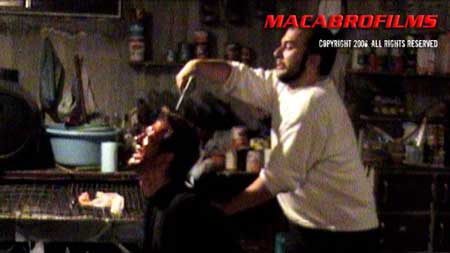 After looking to see what else Chalatsis has made, I realized that he also directed a short film I reviewed a while back called Sick, under the name Filip Halo. It became clear that this film is just a full-length version of that one, which was actually more interesting than this film in that it involved typical horror elements like zombies and madmen. In that short, a woman was kidnapped and held in a room with people intent on causing her to harm, eventually escaping and delivering her nasty boyfriend to them instead. While that film certainly wasn’t anything to write home about, Chalatsis took that premise, which sounds promising, and made this film about the very same plotline.

Unfortunately, his skills as a director are really more suited for the 13 minute runtime of the previous film. It’s really difficult to extend a boring plot too much father and keep your audience. Perhaps he should’ve viewed this as more of a sequel, because this one would’ve been much more adequately titled Suck.