Dario Argento’s OPERA Due for Blu-ray from Scorpion Releasing 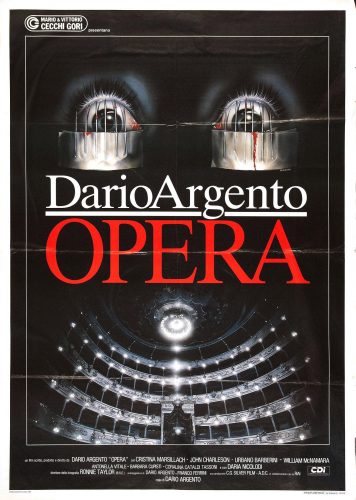 Arguably the last great movie made by Italian horror film maestro director Dario Argento, Opera, made in 1987, is another glaring omission from the current list of horror films available on Blu-ray. This will all change soon as Scorpion Releasing has announced that they are currently working on a high definition master for the film. The possible specs for this release are recounted here as paraphrased from Scorpion Releasing’s Facebook page:

45 man hours have been put into restoring the film’s color timing, in addition to removing dust and dirt

Possible three-disc set: Disc 1 would be Opera on a single-sided, dual-layered BD-50, Disc 2 possibly a soundtrack CD with all the music from the film OR a DVD of the film, and Disc 3 would be all the extras

Salivating over this one…