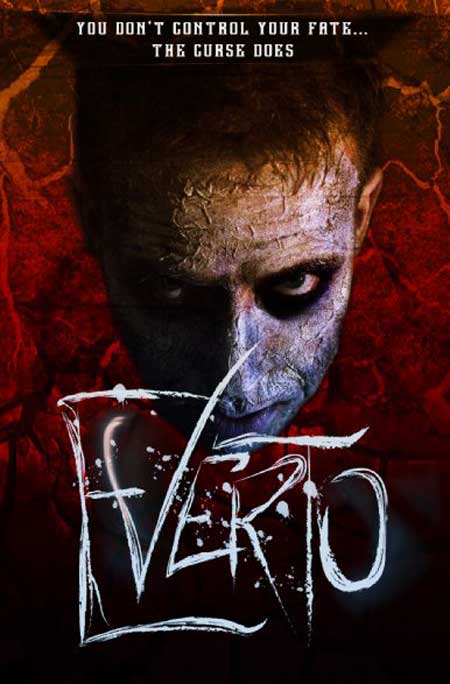 Skylar is witness to the aftermath of a murder, but the killer doesn’t come after her. Instead, he torments her by testing her will to survive.

Though any low budget indie film maker/writer should be commended for following their dreams and making a film, I can’t help but think that the writers of EVERTO should have had their script analysed by someone other than their friends and committed to many, many more rewrites before committing to film.

I can’t review this script without making it like a report card, so here goes…

Length: This was about 50 minutes too long. Weighing in at a hefty, and almost, two hours, EVERTO was full of lingering, uneventful scenes and, most deadly for any film, redundant scenes which simply padded the runtime for no real purpose.

Dialog: All the main characters sounded the same, had the same quirky humour and it grated after the first five minutes. Some characters would say words or sentences that were completely disjointed from their age and personality… I have never heard anybody under the age of thirty ever reference their younger sibling, who is probably only 6-10 years younger at that, as “kiddo”. Ever. Dialog needs to seem natural without being natural or forced to sound natural. Dialog in EVERTO, when it wasn’t being contrived as above, was forced to sound natural and every-day in places, which made for boring, uninspiring scenes and exchanges. Shifting from these two extremes, the dialog never engaged me and either had me groaning from boredom or groaning in disbelief.

Characters and behaviour: The dialog weighed in here also, but characters did (and said) things out of context, contrived or ill-fitting to their character. For example, a character’s sister dies, but the character shows no emotion for it whatsoever and only references it for the briefest of moments, many, many scenes after the fact. Surely you’d be a little distressed about your sibling’s death? Especially one you are obviously close to…

One character exits the house only to re-enter via her sister’s bedroom. Why? Because that’s her thing… and the script says so. She doesn’t do it to scare her sister, or because she came from another location, she just did it because the script says so. She made pancakes in the kitchen then proceeded to exit the house via the front door, went to her sister’s room, POLITELY KNOCKED on her sister’s window and climbed in with as little fanfare as a fly’s fart. It’s unnatural, contrived writing and completely draws me out of the world attempted to be created.

Story: There was no purpose to it. In a nutshell; we met some people, a killer from beyond decides to kill one of them then decides to kill some more of them for no reason. There is no connection between them and the killer. There is no reason given as to why they were chosen other than “shit happens”. I don’t always expect a theme or some great purpose, but the story in EVERTO was devoid of anything. Shit just happens for the sake of the script. The closing scene is prime example of this.

In addition to the above, many, many scenes were contrived for the sake of making the story function without considering how logical they may seem or to the actual flow of the story.

Killer: The killer himself was as inconsistently created and every single aspect of his character was contrived for each scene as a singular entity, without any forethought to the scenes and script as a whole, so the result is a killer whose powers and actions would change for the convenience of the particular scene he was in. 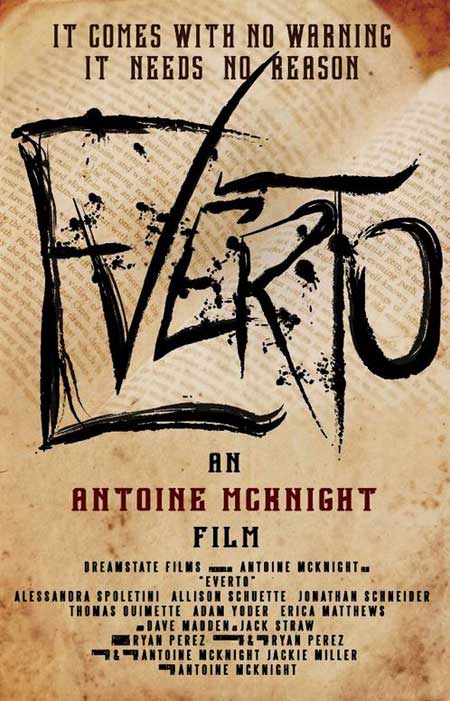 Tone: EVERTO was a mess. It was unsure if it wanted to be a straight horror, thriller or comedy-horror. Instead it tries to traverse the three and comes off as clumsy and awkward, with the comedy very, very ill-fitting.

Acting: Sub-par. This is something you have to expect with such a budget film so you can usually overlook this aspect.

Visual Effects: Though sparse, they were good enough for a low budget film.

Sound Effects: Hit and miss. Though some really cool and eerie effects were used to evoke tension and horror, it was sometimes used at inappropriate moments and actually detracted from the scene rather than enhancing it. The sound was the strongest aspect of the film though, by a long shot.

Cinematography: Adequate shots and camera work considering the budget and skill involved. I had no issue with this aspect. Recorded dialog was a bit poor at times, but it’s expected so you can forgive these small transgressions.

Would I watch this again? No. I struggled with EVERTO, I really did. If I didn’t have to review the film, I would have switched off five minutes in its runtime.

Would I recommend this film to anyone? As a learning tool to educate oneself about how not to write a script, yes, but for entertainment purposes, never. It’s not even in the “so bad, it’s good” category.

Everto is simply a poorly written film that is disjointed in too many areas. On a good note, it serves as invaluable experience to the writers/directors and they can (hopefully) only get better from here on.