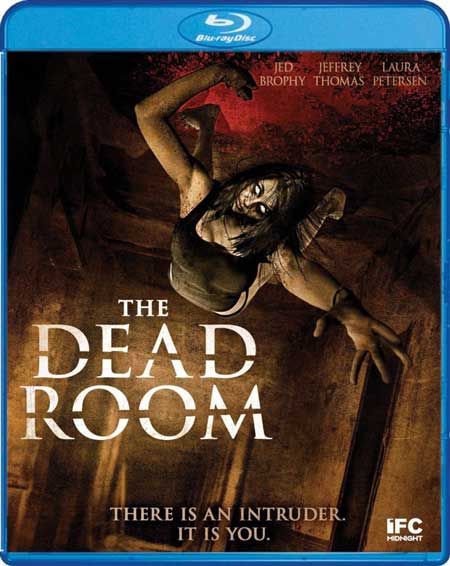 After a distraught New Zealand family abandons the rundown country house they’ve been calling home, a team of ghost hunters arrives to investigate, bringing along high-tech equipment, a young medium, and a few new theories about the paranormal. But will that be enough to uncover what’s residing in the house before it’s too late?

Since at least 1963’s The Haunting, “scientifically” based paranormal investigators have been a part of the horror genre. Reality TV caught the night vision camera bug in the early two thousands and hasn’t let go of that ghost hunting coattail yet. But all this clinical probing seems to be a bit off as well as blandly repetitive in most situations; nothing is ever really resolved in the Reality TV world of the numinous, with their muffled EVP mumblings, floating bits of dust purported to be forlorn spirits, and jolting double-takes, no matter the oaths earnestly offered up by the participants. 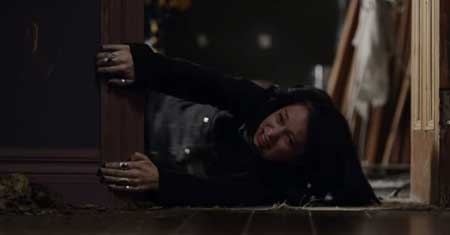 And in the professed fictionalized world of dramatic horror, not only is the reality of ghosts not proven by scientific means for the characters, it’s usually not even provoked in that way, except, perhaps, in Nigel Kneale’s superior The Stone Tape. All of that is typically achieved by the character’s own eyes, ears, and nerves; if anything is ever picked up by that state-of-the-art equipment from Stark Industries, it’s quickly set aside so the characters can promptly get on with the more personal approach of actual physical contact and confrontation. To do otherwise would normally be little more than a boring lab experiment, which doesn’t make for attention-grabbing entertainment and doesn’t glue eyes to the screen.

This is where The Dead Room tends to break ranks, beat the odds, and resemble Kneale’s discerning telefilm about the scientific investigation of the paranormal; make no mistake, the loosey-goosey discarnate side of things is definitely present in this film in the form of Holly (Laura Petersen), the barely out of her teens medium, but the systematic machinery of Scott (Jeffrey Thomas), the lead investigator, and Liam (Jed Brophy), Scott’s tech man, is the actual driving force behind the probe. Liam and Holly are primarily there as the heart, the gateway for the viewer’s entrance into the plot.

Following the obligatory establishing shots of landscapes and striking vistas leading into tighter shots of their arrival at the abandoned farmhouse, Holly becomes the focus; she’s hesitant to get out of the vehicle, looking very much like the de rigueur teen girl with a somber chip on her shoulder. It’s only after she’s entered the house, wandering slowly from room to room, looking pensive yet inquisitive, that we discover she’s no common teenage grotesque, but a highly sensitive medium brought in to act as something of a canary in a coal mine.

From there, the focus becomes more evenly dispersed amongst the three. Equipment is set up, tested, and retested. Base readings are taken. Holly does her medium thing. Odd, but explainable happenings begin to occur, and vague things are experienced; Scott responds with all the close-minded scientific snarkiness he can muster while Liam discretely tries to defend Holly’s methods. The incidents intensify until it becomes obvious there’s something haunting the house, and it’s clearly not happy they are there.

Where other films quickly abandon the cold logic of the analytical approach they begin with for a more energetic, and full-blooded, battle of psyches, The Dead Room, like its outrider, The Stone Tape, tends to stick to its premise with some conviction and willingness to at least partially deliver on its promise of scientific explanation without delimiting the phenomena of ghostly happenings. For the most part, the script from Kevin Stevens and Jason Stutter is solid if a bit pedestrian, delivering on the thrills and chills without being shocking or overly cute with originality.

Occasionally, the actions of some of the characters conflict and contradict slightly with what came in previous scenes, but if you’re just taking the film as a simple old-fashioned spooker, this can be overlooked. Stutter’s direction is sturdy and admirable, leaning toward utilitarian, getting the job done without much ornamentation. The acting by Thomas and Brophy is flawless and clean, showing their years of experience. Petersen, on the other hand, is out of her league when placed beside highly skilled professionals such as the other two, and it shows terribly; she seems awkward in front of the camera and occasionally unsure of herself and her choices; her delivery is frequently amateurish and in desperate need of polishing. The cinematography by Grant Atkinson, on the other hand, is sufficiently muted to the point of enhancing the dinginess of the house being investigated; Atkinson skillfully works to the strengths of the set and the story. 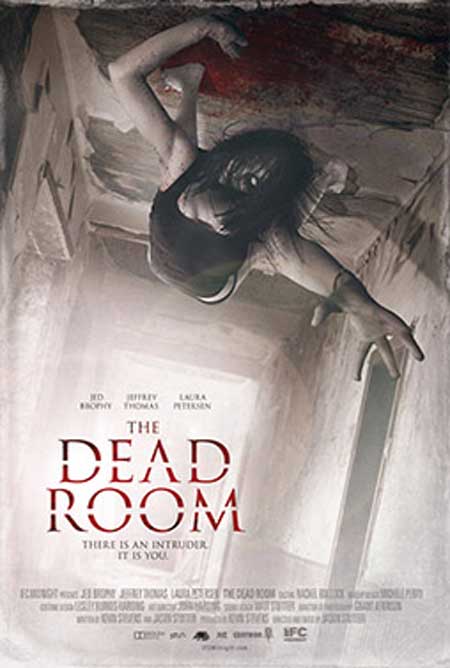 Unfortunately, the film fizzles just a bit at the end, leaving the viewer in need of a clearer explanation of the room of the title; the ending seems tacked on as if it were an afterthought, as opposed to being the focus of the film. Although not as strong a production as Kneale’s The Stone Tape, it does offer up enough malevolence and creeping perniciousness to satisfy those looking for an evening’s shiver.

The Dead Room is now available on bluray from Shout Factory 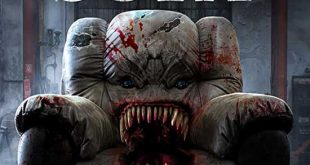 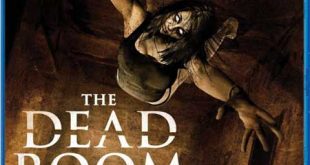 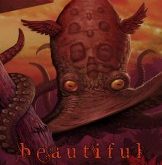