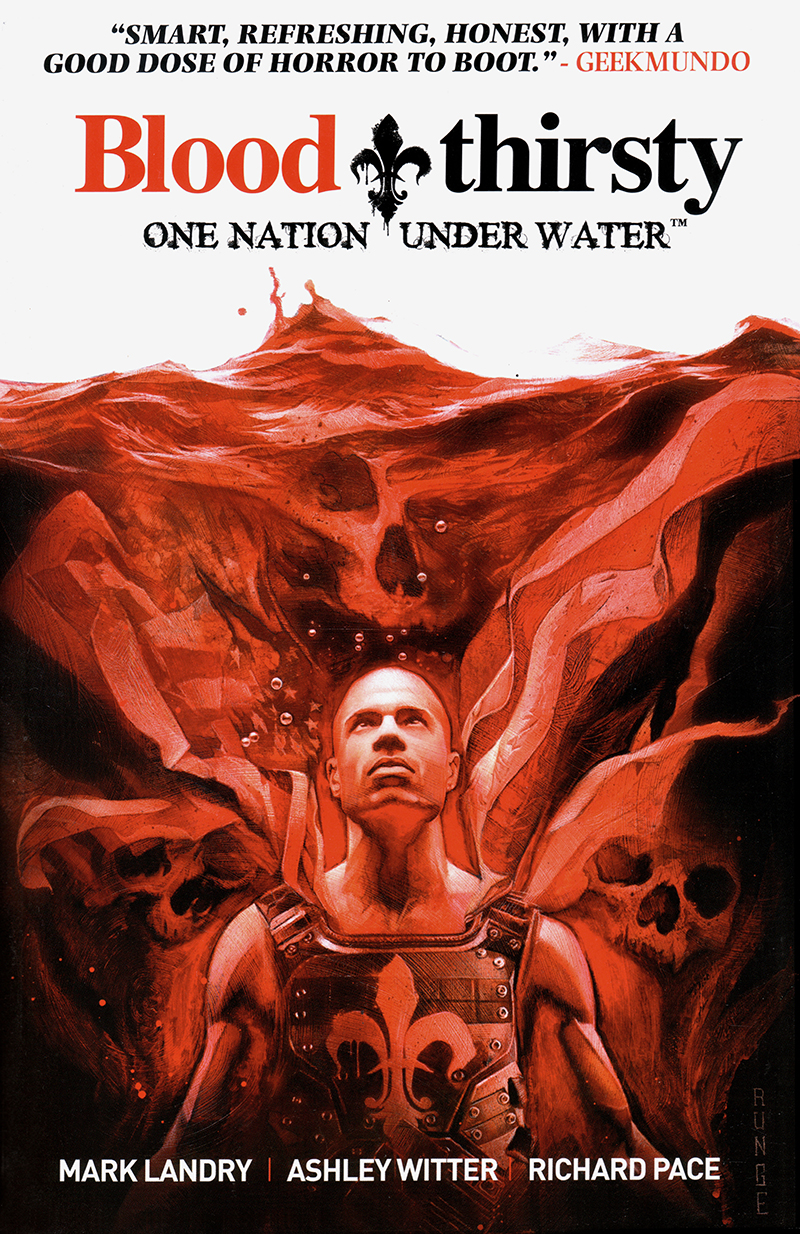 The reviews are in, and it looks like the newest graphic novel from Mark Landry is primed to be a big hit! Read on, and discover why you might be interested in picking this one up for yourselves!

Titan Comics’ original graphic novel, “Bloodthirsty: One Nation Under Water” is now available on Amazon and Barnes & Noble. This is an amazing project written by Mark Landry, with artists Ashley Marie Witter (“Interview With The Vampire”, and Richard Pace (“Batman: The Doom That Came to Gotham”) serving as illustrators.

“Bloodthirsty: One Nation Under Water” is a visceral revenge thriller that merges the real-world hopes and horrors of a post-disaster community with an engaging thread of political corruption, class divide and blood-curdling terror!
The 144-page trade paperback features a stunning cover by “Star Wars” cover artist Nick Runge, as well as interviews with the real-life heroes of the Katrina rescue effort – US Army and Coast Guard personnel.

Haunted by the catastrophe that tore his city apart 10 years ago, Coast Guard veteran Virgil Lafleur struggles daily with the hardships of a post-Katrina New Orleans. But when his younger brother’s murder leads him into a vortex of intrigue, corruption and violence, Virgil becomes obsessed with bringing the killers to justice and exposing the horrific secret hiding beneath the Mississippi.

“This is an exciting, well thought out and extremely well executed story that will keep you guessing and coming back for more.” – Reading with a Flightring

“The Bloodthirsty series is a perfect example of the high quality of work that is done outside the juggernauts of Marvel and DC.” – Pop Culture Uncovered

“Bloodthirsty has it all… shadowy organizations, human sacrifice, and a protagonist who in my head is played by a slightly less bulked up Dwayne ‘The Rock’ Johnson.” – The Pullbox

“An outstanding job of rendering New Orleans in all its mystery and noir-ish glamour.” – Geek Mundo 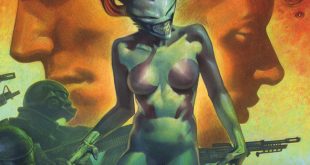