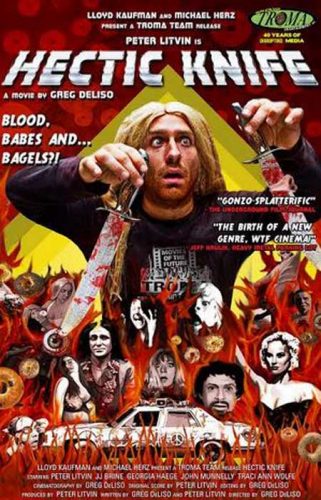 Troma is a studio that finds unique and low budget movies, and brings them to the eyes of people who wouldn’t find them any other way. They release movies that play to the beat of their own drum. Any movie that comes from Troma can be sure to border on offensive, but also have something to say. The people behind the movies might not be the most talented filmmakers, but they have heart. They want to make a movie and they want to let the world know what they are thinking or feeling. This comes through in the b-level at best schlock, horror, comedy, and action. 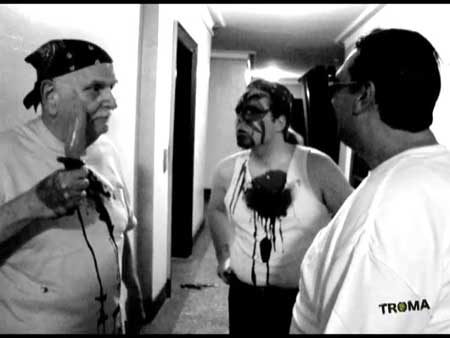 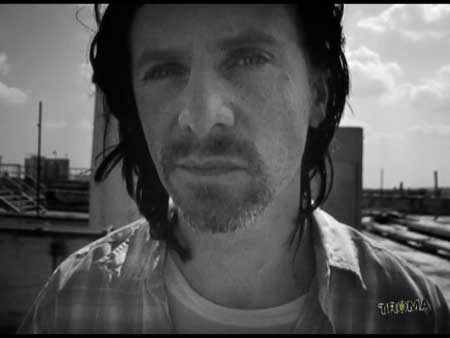 What made Hectic Knife fit into the Troma vibe was the comedy. Many jokes had to do with characters breaking the fourth wall to mention how crazy or how dumb something was. It began early in the movie as Hectic Knife handed someone a business card and mentioned that he didn’t have business cards except for in that scene. The movie took pleasure in these types of jokes. It grounded the movie in a way, keeping it from being plain weird. The movie wasn’t dumb. This humor made it palatable because the people behind the movie knew that certain things didn’t make sense. They weren’t trying to pass the crazy moments off as legitimate. They were having fun and I was having fun watching their fun. 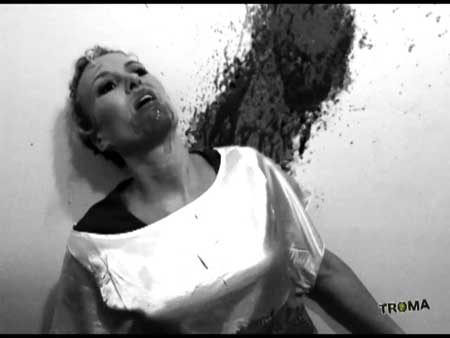 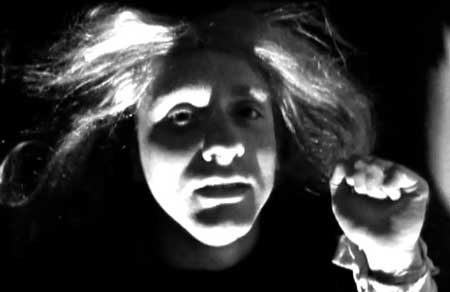 J.J. Brine seemed to be having loads of fun playing the maniacal Piggly Doctor. He filled every line with maniacal flamboyance as he blew up children’s heads and magically ripped out hearts. He was the best part of the movie. I anticipated seeing Piggly Doctor because of how entertaining Brine was. It was the perfect over-the-top performance to counter the mostly downbeat performance that Peter Litvin gave as Hectic Knife. The vocal performance of Hectic Knife was as close to monotone and mumbled as it could be without being either of those. Physically, the performance wasn’t downbeat. That was mostly in the character’s voice. Hectic Knife was a wacky fighter. He flailed his arms about in every which way while he held knives. He was attacked more than he attacked other people, and Litvin put on a comedic struggle as Hectic Knife was losing. The comedy in the performance was played up when it needed to be, but there were many moments in which it wasn’t played up at all. 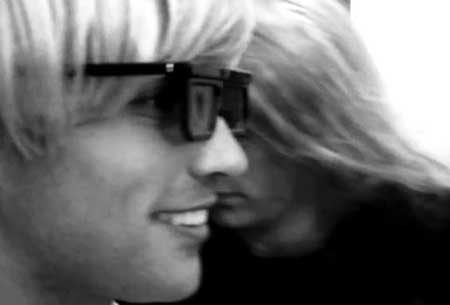 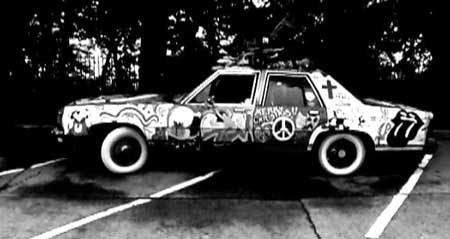 Hectic Knife was presented mostly in black and white. Two major moments of color stood out. There was one random scene of a man pulling out his innards while his girlfriend sat by and cackled which was a full color scene. It was in color because the couple was watching Hectic Knife, so their world was meant to be the real world. It was not a part of the movie’s narrative and thus didn’t share the movie’s aesthetic. The other moment of color that was memorable used color for a joke. When Hectic Knife stumbled upon a drug deal, one of the characters involved kept mentioning the orange pills he got. Eventually the pills became orange. They were the only colored thing in a black and white scene. The color was the joke. We were now able to share in the orange wonder of the pills. Other than these two moments, I remember the movie as being completely black and white. 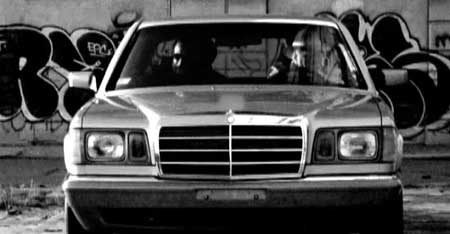 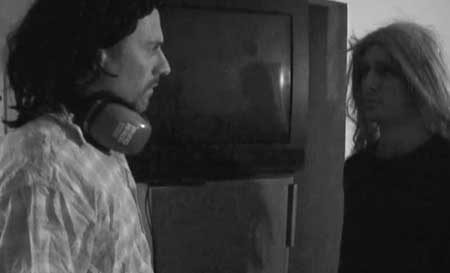 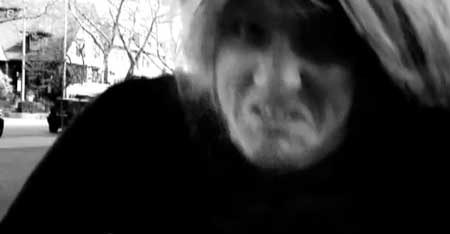 I had a great time with Hectic Knife. Though the comedic style might not be to everyone’s liking, and many people would find it to be dumber than a pile of rocks at the bottom of a lake, I thought it was hilarious. Get a few drinks, invite a few friends over, and have a good time. It’s that kind of movie. I’ll definitely be watching it again.