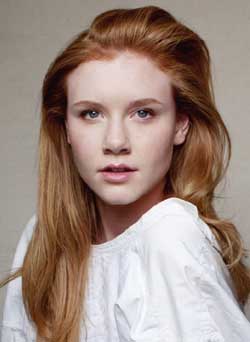 You did such a great job in “Outlaws and Angels”

Madisen: Thank you so much. That makes me really happy to hear. It really takes you on a ride.

It keeps you on the edge of the seat till the end of the film.

Madisen: I love hearing this. I first read the script on a plane after I came back from filming something. I printed it out which I never do but I was going on the plane. I kept picking it up and I would flip through the pages and then I was just so surprised. I loved it the second I read it.

How did you prepare to play Charlotte in “Outlaws and Angels?”

Madisen: More than anything I am a huge music girl and I always create playlist. I have two of these playlist and anything from old Western music and blues to modern day Blues that made you feel a certain way and kind of just studied the script.

The cast in “Outlaws and Angels” is incredible. What was it like for you working with everyone?

Madisen: It was amazing. I grew up in the business and the experience that I had on Outlaws was a huge rarity. We shot it a lot like a play with long hours, long scenes and we were all very committed. It was a team effort. It was mostly Chad Michael Murray and Francis Fisher, Teri Polo, Ben Browder. It was mostly us on set every day. We all just stuck there together. Some of us got the chance to go home but we would stay. We are really did it together and it felt like a little family together. 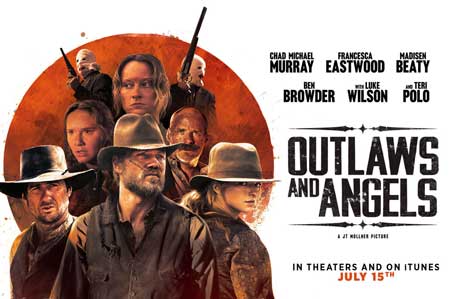 What was it like working with the director, JT Mollner?

Madisen: I love JT! He has such a brilliant mind. It all started with the script which was all him. He really set the tone on-set. He had such a wonderful way of bringing everyone together every day. It was such a passion project for everybody. Helping us get through it. I love the way he works, I love having such a champion for films. I would jump at the chance to work again with him.

Did you have a favorite scene in the film that you shot?

Madisen: Oh gosh, I have not been asked that. It is hard to say a favorite without giving anything away. I would just say I loved diving into this different century. Everything from the wardrobe, the way we talked. That was so enjoyable for me as an actor. I am usually in modern day. We had chickens and cows and horses on-set. It is really unlike anything I’ve ever worked on before. 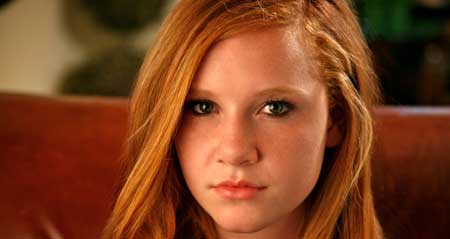 What would you want to say to the fans and the people who will be watching “Outlaws and Angels?”

Madisen: I am excited like you are excited to see it. I am happy that you get to see it on film. We shot it on Kodak film and it really would not have been the same film without them and I think it is the first of many for JT. Stick with us for the entire ride because it gets a bit crazy but I promise it is worth it.

What are you working on next? You have been doing everything from “Aquarius” to “The Fosters.”

Madisen: Thank you! It’s really cool to hear people talking about it. “Other People” by Chris Kelly is coming out on September 9th. We premiered at Sundance Film Festival. Another film I did called “In the Radiant City.” It is being shopped around. In the meantime I am personally writing a lot.

Do you think or want to personally direct a film yourself one day?

Madisen: I would love to. I would love to direct someday. I write screenplays and I think that there is such a lack of women directors. Perhaps one day I hopefully will direct as well. 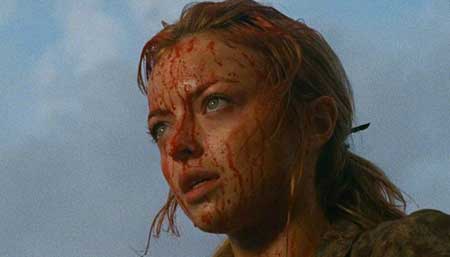 How do you feel that Charlotte is different from all the other characters you have portrayed and do you feel she has any of your own traits?

Madisen: Charlotte is different because of the 1800’s. It is such a different world. I have never explored a world like that. Charlotte is also very mean in the film but its emotional turmoil. She is wounded underneath all of that and I have never played the complexity of that. I have played jealously and wounded before but such a cocktail of all of those I hadn’t done before. I don’t know how to answer the question of how she is similar to me? I am sure my family could answer that better than me. Hopefully she looks different than I do in person on-screen.