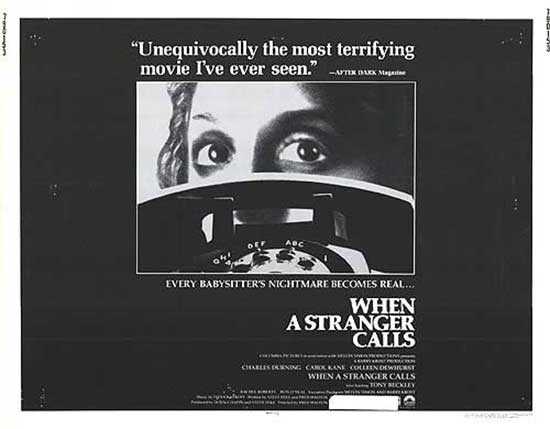 Years after narrowly surviving a horrific ordeal that resulted in the deaths of the children, she was babysitting a woman finds herself once again in danger when the person responsible for the murders escapes from the mental hospital where he was committed and sets his sights on her once again.

I remember watching When A Stranger Calls on TBS with my mom one night back when I was in middle school and while she loved it (she is a big fan of the suspense/thriller-type movies) I was less than impressed with it. Don’t get me wrong, I didn’t hate it, but I just wasn’t into it as much as she was because there was a definite lack of blood, guts, and cool death scenes that I loved in my horror films. While I always dug the first twenty minutes or so that involved the babysitter receiving weird-and increasingly threatening-phone calls from an obviously demented stranger (which-SPOLER ALERT-are coming from inside the house!) I just felt like the things just fell apart afterwards and the rest of the movie wasn’t nearly as interesting. I just watched it again for the first time since that night and while I enjoyed it a little more then I did back then I still feel the same way about the second and third acts of the movie in general. 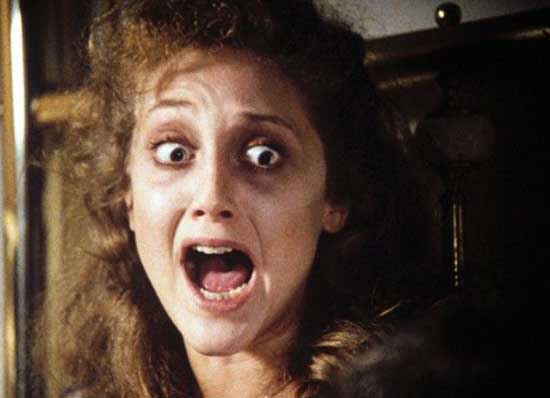 The premise is quite interesting even though it isn’t the most original idea in the world. Based off the old urban legend “The Babysitter and the Man Upstairs” the movie starts out with a young woman (played phenomenally by Carol Kane) named Jill who is babysitting a couple of kids one night when she starts getting phone calls from an unknown person that go from just being weird to outright terrifying. You know how the story goes, she calls the cops, they trace the call and we find out that the guy is making the phone calls from inside the house. The movie then skips ahead seven years and we find out that the guy that made the phone calls has escaped from the booby hatch and decides to track down Jill to finish off what he started that horrible night all those years ago. 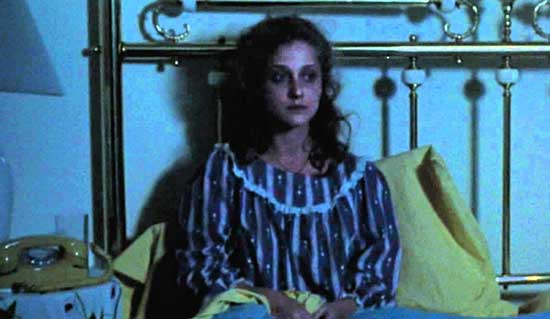 On paper it sounds like it may work but as I said earlier in my opinion the money shot of the entire film so to speak is when we find out that the killer is in the house and the cops show up to stop him from killing poor old Jill. I just feel that it is all downhill from there and the rest of the movie moves just a little too slowly for my taste and a lot of it could have been taken out to help things flow a little better (then again, I have an extremely short attention span so I could be wrong here). It just seems to me that the first twenty minutes or so are very awesome, suspenseful, and intense and then things just slow down for the rest of the movie until the final five minutes or so when things get interesting once again, which means that we have a lot of down time in between. 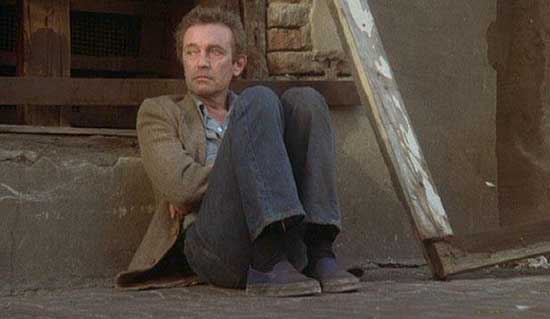 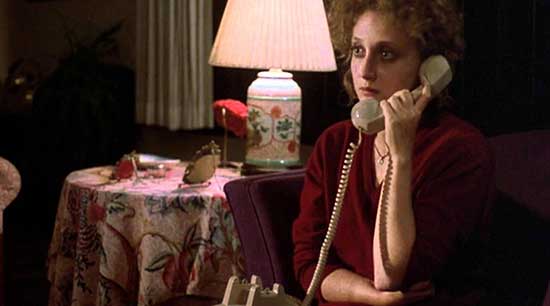 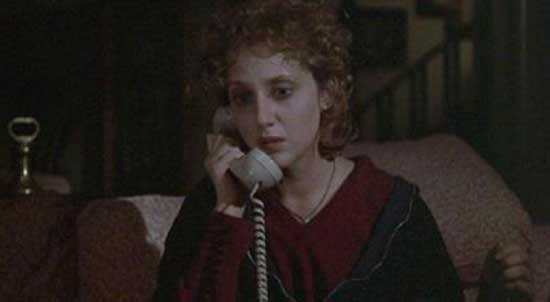 One of the best things about the movie is the cast. Carol Kane is nothing short of spectacular in the role of Jill and she is just a very believable and likable character that the viewer cares about and wants to survive the nightmarish ordeal she is forced to deal with during the opening scene.

I always thought that she did an awesome job in the role and she nails every scene that she is in. the same could be said for Tony Beckley who plays the film’s antagonist Conrad as he does an equally impressive job. I like the fact that he is seen in an almost sympathetic light later in the film instead of just being portrayed as a drooling madman that just enjoys killing people for no obvious reason as it gives the character a bit more depth and makes him more realistic in general. I thought that Beckley did an amazing job of bringing the character to life and making him a little different from most other horror film villains that are just there to kill other people without having a whole lot of personality. In a lot of ways Conrad reminds me of a classic Alfred Hitchcock movie antagonist and while he is creepy in his own way, he is also a little sad and somewhat pitiful at the same time. 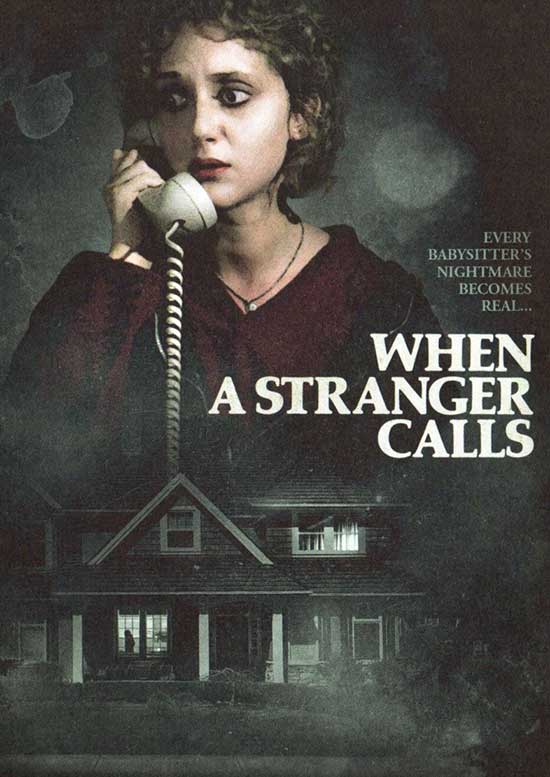 I like When A Stranger Calls for the most part, but I can’t help but feel that it goes on a little too long and the last half of it is lacking when compared to the amazing opening. It’s one of those movies that you really can’t watch over and over again, but it should at least be seen once if you’re into horror films because in a lot of ways it could be considered a classic. A sequel to it called When A Stranger Calls Back was released in 1993 and while it isn’t as good as the original it is still worth a look because Carol Kane, Charles Durning, and the director Fred Walton all came back to do it and it stars the always awesome Jill Schoelen. Check it out if you haven’t seen it (and hey, watch it back-to-back with the sequel for a fun little double feature one night) as you will enjoy it if you are into horror films of this nature.