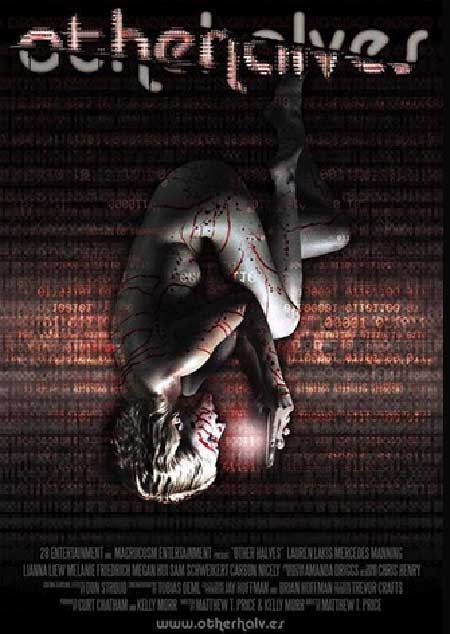 A team of programmers develop a revolutionary new dating app called Other Halves. On the night before the app is set to launch, they discover it causes strange side effects: users lose all self-control, becoming amoral, lascivious, violent… evil. They consider shutting the app down, but… Evil is profitable.

I don’t know if you’ve seen those Xfinity commercials touting their “speak into the remote function” to quickly find movies and shows you’d like, but what happens in one of them perfectly sums up the problem with technology: humans have to program it. And when humans are involved, things usually go astray. In the commercial I’m referring to a man speaks into the remote and says, “show me horror comedies.” And what is one of the movies that pops up? Jaws. Yep, that Jaws, the one with the shark made by Spielberg. I don’t remember laughing much through that.

Why did I even bring that up? Well, Other Halves tells the tale of a brand new dating app that promises to find your perfect match, your other half. But you can probably guess the problem already: the app was programmed by humans. And oh, the chaos that we can create.

The movie starts off with a wonderful commercial touting the exciting new app that’s about to launch. “It’s not what you say that matters, it’s what you do that counts,” says Devon, the girl in the commercial and one of its programmers. Who wants to fill out forms, you’re just going to lie anyway she explains. With Other Halves, it simply scans everything you’ve done online including social media, shopping, etc., and then finds the perfect match. Someone just like you.

Next we get to meet the programmers and their boss, Jasmine, who is currently cracking the whip. The launch date has almost arrived and it seems that a few bugs remain. Nothing too serious, just some side effects users experience like becoming highly sexual and violent, even to the point of killing. But hey, there’s money to be made, so what’s the big deal?

Overall Other Halves is a pretty good movie, but like the app itself, there’s a few bugs that keep it from being really good. The premise is fantastic and just ripe for satire. As mentioned above, the opening commercial is really well done and sets everything up very nicely.

As with most horror movies you have the general mix of characters from the brainy girl, the foreign girl, the socially awkward male and so forth. I do have to give a special shout out to one character, the “perfect boyfriend” Mike (played by Carson Nicely, perfect name, too). The scene in which his character is introduced is very well done and probably one of the best scenes in the movie.

The acting for the most part is acceptable with some of the dialogue being really good at times and somewhat awkward and forced at others. The plot unfolds a little out of order with multiple flashbacks being used to fill in the gaps.

One scene even has two of the female employees taking a break and deciding to shower. I had no idea that workplaces had open, communal showers available! I get that it’s a way to get some gratuitous nudity into the film, but it doesn’t help the overall tone of the plot. Yes, it’s a satire, and if the movie was poking fun at horror movies, it’d be perfect. But it’s not. It’s poking fun at dating apps and social media and how we put way too much about ourselves out there for everyone to see. Just seemed out of place. 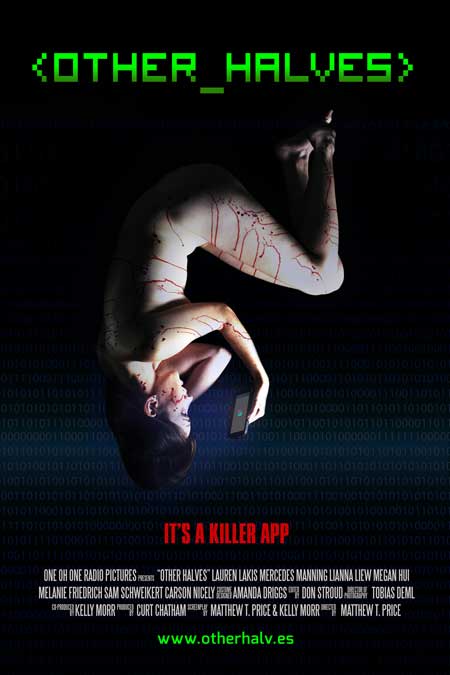 As for the horror elements, the blood and gore, the scares, well, there’s not too much to speak of. There aren’t really any tense moments so no worries about needing to turn on any lights. Matthew T. Price does a good job directing and the pacing of the film moves right along.

In the end, I’d recommend Other Halves but with some caution. Any nitpicks I had were just that, nitpicks, but I think there’s enough of them to where I felt the movie fell just a little short of its promise. Kinda like trying to find your perfect match. 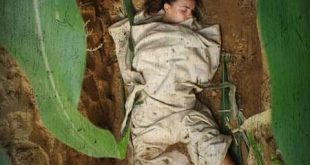 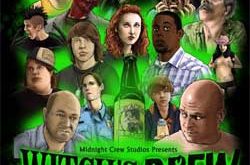