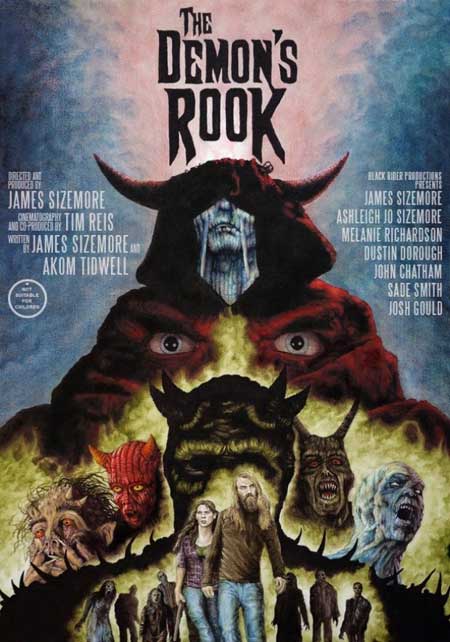 A young boy named Roscoe finds a portal to another world where he is taught magic by an elder demon known as Dimwos. Dimwos raises the boy into manhood, revealing to him many secrets

You just gotta love a low budget film where the filmmaker, in this case James Sizemore, enlists the help of family and friends and with seventy-five thousand dollars in tow and shot over quite an extended period of time, delivers a fun, albeit somewhat flawed horror movie. 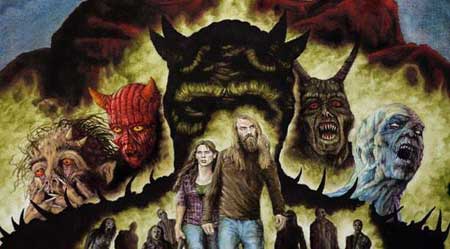 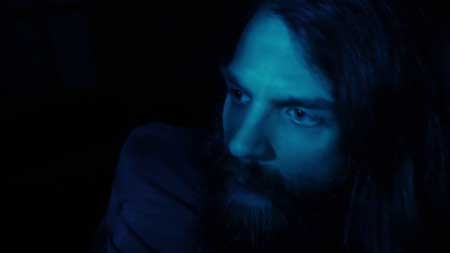 This is complete speculation on my part but I’m guessing that of the seventy-five thousand dollar budget, sixty thousand went into make-up, prosthetics, and blood and gore because good lord, I haven’t seen a movie with this much blood in it for a long time. In actuality, it’s part of what made this movie a hoot to watch, but more on that later.

Roscoe is your typical young boy who enjoys spending his summer days playing with his friend, Eva. In his spare time, he loves to draw pictures of demons. Okay, so he’s not that typical and the demon that he loves to draw is named Dimwos. He actually comes into the boy’s bedroom to observe his progress and comment on the pictures (who knew that demons were art critics). 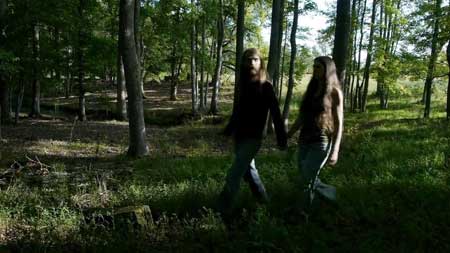 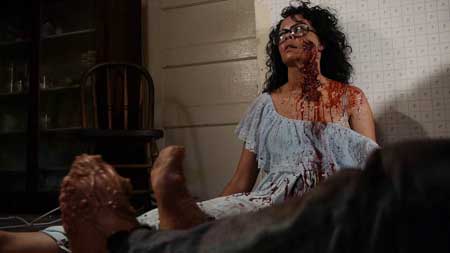 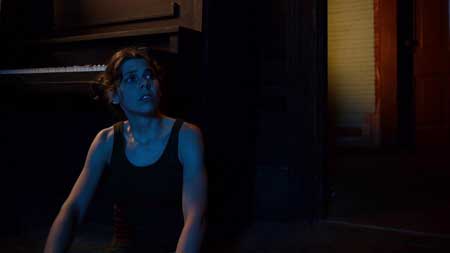 It doesn’t take long, however, to discover that Dimwos isn’t really there for art appreciation sessions. Nope, he’s intending to take Roscoe with him down some hole in the woods and raise him into a man, one with all kinds of secrets and powers. And when Roscoe crawls back out of this hole many years later, he finds that something else, something very evil, has followed along. This can’t be good.

I admit when the film began I was more than a little worried and with good reason. I knew of the budget and the use of family and friends as actors. Typically movies like this are pretty bad, but I’m pleased to say that The Demon’s Rook manages to rise above it all, mainly with the use of some pretty awesome make-up and special effects as far as the blood and gore goes. That’s not to say it doesn’t have its faults.

The big one for me was the audio mix. During the kill scenes, of which there is a ton, you have loud music playing. Then you’ll have characters talking quietly. I found myself several times having to turn the volume up and then down. Not a deal breaker, more of a minor annoyance, and I don’t want to bring it up as a deterrent to watching the movie. Just realize going in that you might have to have your hand on the remote. 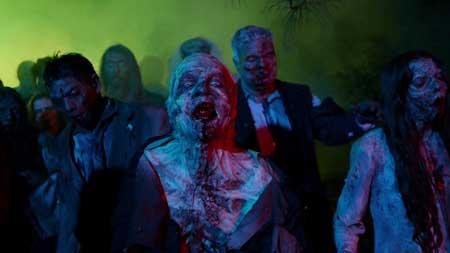 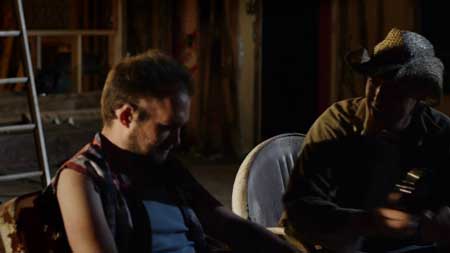 As for the acting, well, they are family and friends after all. James Sizemore (writer, director and star) does a good job as does his real life wife, Ashleigh. Honestly, those are really the only two characters you need worry about as far as the acting chops go because for the most part everyone else gets in only a few lines before their life comes to a quick and merciful end. In a way, it’s a brilliant way to cover up the fact these aren’t professional actors. Give them a few lines and kill them. The downside is there’s no real time to get to know or care for any of them, they’re just props to add to the more then generous body count.

And this is where The Demon’s Rook really shines. Blood, gore, body count. It’s over the top, it’s silly, but darn if it isn’t just plain fun to watch. In a way it reminded me of Dead Alive, where most of the comedy came from the outrageousness of it all. 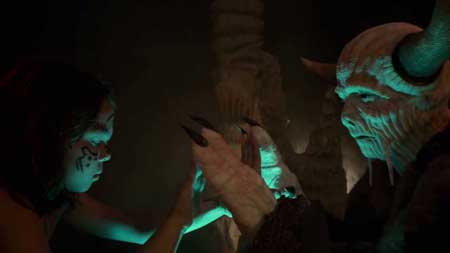 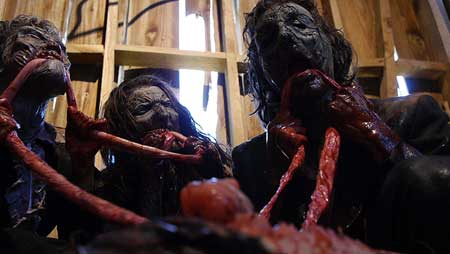 In the end I’d say give The Demon’s Rook a chance, especially if you can catch it for free (I believe Amazon has it free right now on Prime). If you can get past the audio, if you can put up with the amateur acting and if you really love copious amounts of blood, then I think you’ll find yourself enjoying it.