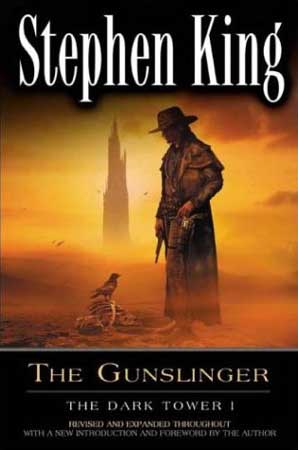 It’s Stephen King overload as a live adaptation of Stephen Kings novel, The Dark Tower, will be hitting the big screen and little screen due to the partnership of Ron Howard and Akiva Goldsman. Universal Pictures and NBC Universal Television Entertainment have acquired the rights to produce three films and a television series based on the seven epic novels, short stories and comic books from Stephen King’s “The Dark Tower.” Ron Howard will direct the first film of the trilogy and the first season of the television series and both will be written by Akiva Goldsman.

Considering how deep and challenging this character is in King’s collection, there are many factors they have to consider before choosing the right actor to play Roland. It requires an actor who can really sink his teeth into someone who isn’t always a pleasant guy but still possesses some redeeming qualities.

Stephen King’s “The Dark Tower” consists of seven bestselling novels with over 30 million copies sold in 40 countries. The novels incorporate themes from multiple genres including fantasy, science fiction, horror and adventure. After the series was completed, a prequel of comic books based on one of the characters was also published.