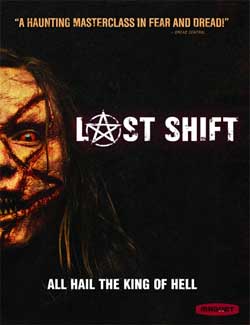 A rookie cop’s 1st shift in the last night of a closing police station alone turns into a living nightmare. The plot echoes John Carpenter’s ‘Assault on Precinct 13’ but with supernatural twist.

“All hail to the King of Hell”

One of the great things about the horror genre is that while we may have to sift thru several movies that offer little in return, there is always a gem in the rough waiting to be discovered. This was the case with the frightening surprise hit “Last Shift”, a film that literally does everything right in the sense of bringing chilling moments to the viewer at every step. “Last Shift” is a film that you might envision being a short film that got a feature length extension, something you might see inspired by an anthology piece. Though make no mistake, “Last Shift” while kept simple and eerie ……..is no fluke. This film drives the idea of tension horror straight home.

The film begins on the strange note of a rookie cop being assigned to work the last shift of a once occupied police station. The station has moved on to better things, but is still in migration mode with 911 calls being routed to the new station. The film stars actress Juliana Harkavy as Jessica Loren, a rookie cop new to the force. Her initial assignment given to her on night one has resulted in her being the sole watch guard of this “now closed” police station. She is informed by the guard (she is relieving) to stay put and not leave the station under ANY circumstance.

This Manson-inspired horror film takes a que from the historic Charlie Manson cases serving as a foundation for the fictional “Paymon murders”, the basis of this story. John Michael Paymon, now deceased, has left a haunting legacy behind that seems to still haunt the station. His cult followers all died in the station after being arrested for a series of serial murders against young girls leaving behind a haunting spectral residue. Their souls seem to linger on even after death providing a psyche alternate reality for the unlucky police officers who have to tough it out thru the night.

Newcomer officer Loren undergoes a series of hallucinations that stem from the atrocious acts that resulted from the Paymen’s horrific life style and mass group suicide. As Loren tries to stay focused on the job at hand it her night becomes a living nightmare that seems intent on torturing her very sanity. Loren’s father Steve was one of the arresting officers on the case who was shot and killed during a shoot-out with the gang. His partner Officer Ryan Price was also shot in the head. These prior incidents provide a hauntingly realistic night for Loren. 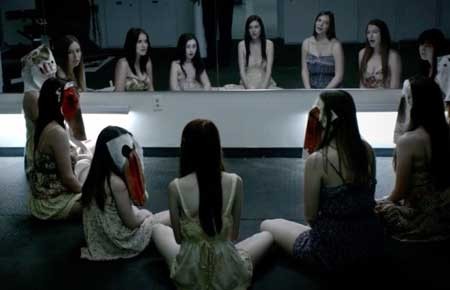 These elements play out in a surreal way as the night becomes more terrifying by the hour. A distress call keeps phoning in from a young girl who claims she has been abducted and captured. Loren continues to stay focused while informing the new station of the calls. This and several other factors combine to make the whole night like a long overdrawn nightmare complete with manifestations and apparitions that appear as real to her as anything she has ever encountered. We learn more of the story as it plays forward. Though not without planning a intense experience that is as inspiring as it is horrific to movie viewers. Simply, the scares here are well done echoing the great techniques of horror films past. 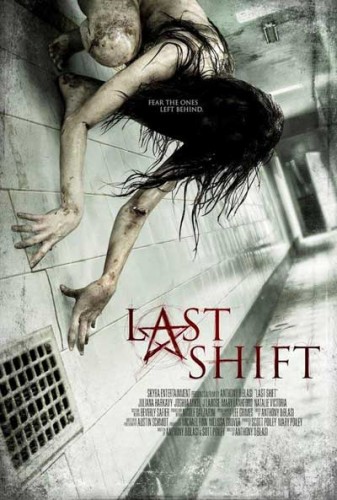 The film does have an “Assault on Precinct 13′” flavor that is exchanged for horror rather than action.  It works in its simplicity by never steering away from the main setting. Director Anthony DiBlasi is no stranger to the genre responsible for several great horror films of past which include “Dread“, “Cassadaga” and “the Profane Exhibit”. Though for the record I’m calling this his greatest work yet (DiBlasi also contributed to the writing of the film). 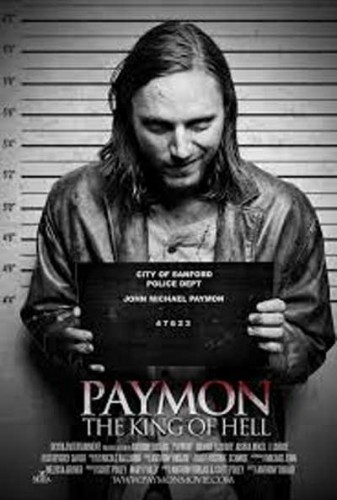 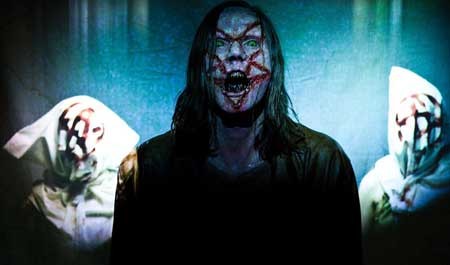 Those of you who have had a bad run of horror films without effect are called upon to give this one a whirl. Its a great thrill ride with an equal amount of nasty entities waiting in the shadows  for you. I loved it so much, my next move is to add this one to the permanent shelf of scariest films for 2015.