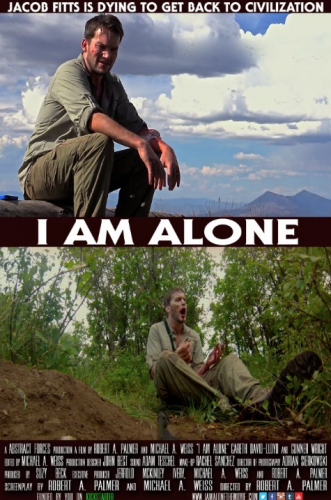 An unknown virus begins to spread infecting the local population almost instantly, but footage found by the CDC of one man’s survival may just help them find a cure.

I remember a time, many, many years ago when I would hotly anticipate the release of a new zombie film. In the current cinematic landscape, the undead appear onscreen (big and small) more often than any of us can handle. In fact, they’re so common in our modern culture, we can’t get away from them. The success of THE WALKING DEAD has played a huge part in the popularity. While I appreciate and enjoy what they do, a juggernaut was unleashed and now zombie films are in a current state of over-saturation. Too many of these films offer up nothing new for the viewer to digest and very few others attempt at putting a spin on things to try and spice it up. Director Robert A. Palmer has tried his best to put a spin on his zombie film I AM ALONE, some of which works, some not so much. With strong performances and a few inspired moments, I AM ALONE isn’t a failure but it doesn’t quite break any barriers. Oh yeah, I forgot to mention, it’s another found footage film, like we need another one of those. 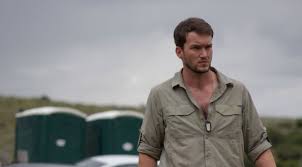 A group of friends who produce a reality series called “I Am Alone” find themselves in a small town getting ready to shoot their next episode. Jacob (Gareth David-Lloyd) is about to go off and film his portion of the show. He has his GoPro camera strapped on and he’s about to trek off into the wilderness on his own and plans on capturing all of the action. As he leaves, Mason (Gunner Wright) and Adam (Rory Zacher) make their way into the town to interview the citizens. While filming, something begins to happen to the town’s people, turning them into flesh eating ghouls. Jacob finds himself in a fight for survival when he’s confronted by something far more terrifying than wildlife. His fight for survival ends up being like nothing anyone has ever had to endure. He’s becoming a zombie, not right away, but he’s slowly turning. The CDC has caught wind of just how long it’s taken Jacob to turn so Dr. Marlow (Marshall Hilton) brings Mason in so they can review all of the footage to try and make sense out of what happened or maybe even to bring them one step closer to a cure.

For me, the films’ strength lies in the first and final act. The first act sets up who these guys are and what it is they do. The characters are likable enough so getting to know them was quite interesting. We get to see the outbreak begin and the tension of being a part of it is quite clear. The final act focuses more on Jacob’s transformation. Without giving too much away, the first person POV is very effective, especially with the original forboding score by Adam Sanborne. My issue with the film is in Act 2. The premise begins to feel drawn out and I struggled to pay attention. The middle portion isn’t bad, it just felt stretched, and with a 90min runtime, it should have never come to that. I also had issue with the film jumping back and forth from the found footage stuff to the bunker scenes with Mason being interrogated. The uneven storytelling becomes apparent during these scenes. The performances are all very strong, especially from Gareth David-Lloyd who many may remember as Ianto Jones on the DOCTOR WHO spinoff TORCHWOOD. 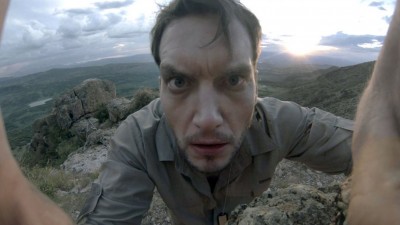 The low-budget nature of the film forced the filmmaker to be more creative and it’s evident in the opening and in the finale. Director Robert A. Palmer was never afraid to take risks and shows he has control and vision. The concept loses footing in the middle and is then saved with a very strong conclusion. As time goes on, experience will help guide Palmer to better projects and his growth will become apparent. I also think timing played a factor in my reaction to the film. Time will only tell if the film will reach any sort of cult status. If you’re still obsessed with zombies, then by all means show your support for the film. For me, I appreciated the effort but it didn’t quite do the trick. (*** out of 5) 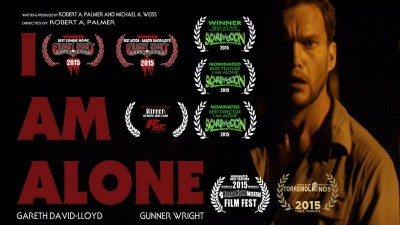