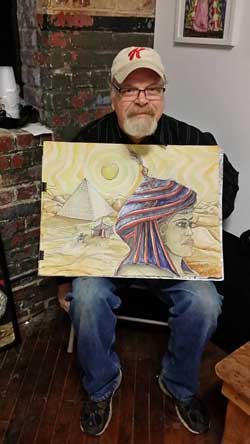 As people laughing and talking echoed through The Cigar Factory during Open house at The Alternative Gallery, Artist Michael P. Bilski took time to sit down for an exclusive interview.

What made you want to become an artist?

Michael P. Bilski: I became an artist when I was born to tell you the truth. I always wanted to be an artist ever since I was a child. I was born with the talent so I pursued it but really didn’t get to show it to the public until the last couple years since I retired and decided to get out. It was always family and friends before that.

Why did you decide to get involved with The Alternative Gallery?

Michael P. Bilski: Honestly, because it was the first place I went to. I took some prints down to these guys and they really liked them and this is when they were still on Hamilton Street in Allentown, Pa. I had my picture in The Morning Call with them. I was doing an illustration on the sidewalk and they took my picture of that so I got my picture in The Morning Call that Sunday. Which was nice, since it was the first time I was actually out in public doing art.

What kind of mode do you have to be in while doing art?

Michael P. Bilski: I put no thought into what I am going to do until I actually do it unless someone wants something specific. Otherwise I would just sit there with a blank piece of paper and start with a pencil and put some lines down, some shades and then the paper as it develops tells me what to do and it changes along the way. I will erase things that I don’t like. Once I get a good pencil sketch down then if I am doing color, I’ll do the watercolor and then I do my ink on top of that. If it is just black and white then I just go from pencil sketch to black and white and erase the pencil. 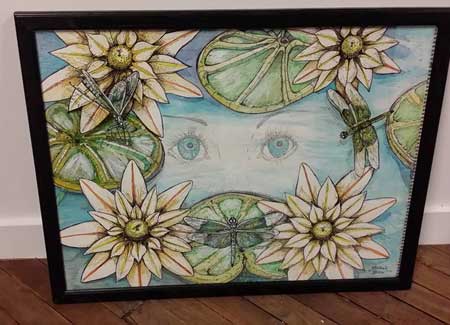 Who are some of your favorite artists?

Michael P. Bilski: I’ve been compared a little bit to Escher and I always did like Escher. But the real classic to go back, Van Gogh is one of my favorites when I was a child. I loved his bright, brilliant colors because I am color blind. I haven’t worked in color recently. I just started to work in color again. I was kind of confining myself to black and white. So I like Van Gogh, I like his broad strokes, I like the fact that he works straight from the tube and puts feelings down on his art canvases. I kind of do the same thing, I feel what the paper is going to tell me and just go with bright colors from the tube. 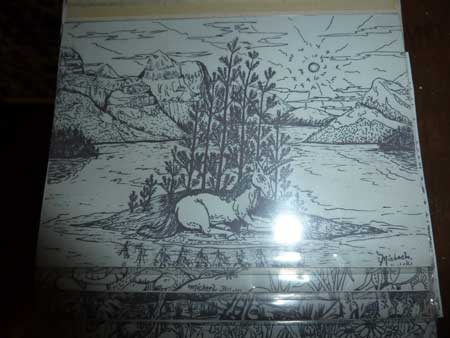 What would you say to fellow artists and future artists?

Michael P. Bilski: I’d say just keep going, keep doing whatever you are doing. I think artist sometimes have a problem with just doing stuff. They get bogged down into thinking too much and sometimes they get lost in the process. If you are doing something and you enjoy it, just keep doing it. 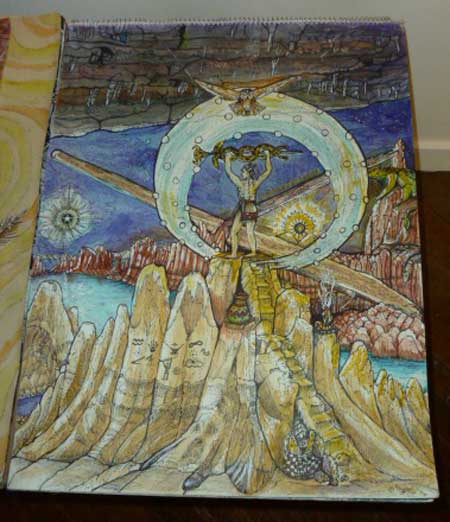 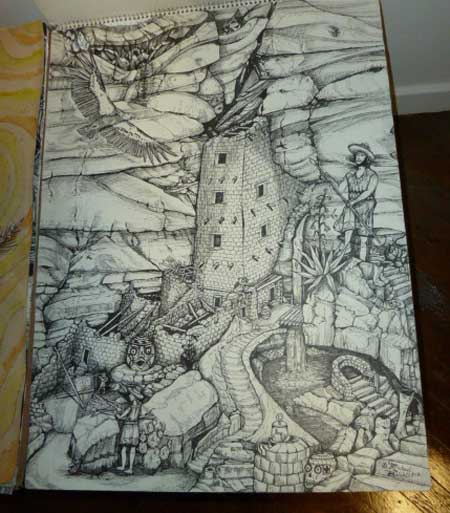 What about to the nay-sayers? The negative people who say being an Artist is not a real job? (Including a lot of creative jobs)

Michael P. Bilski: I would say it is just as much a job as anything else. Art has been around since primitive times, we’ve always had art. Artisans are part of society and it’s a job. Every part of society has a job to fill and art is the same thing. It inspires people. Where would we have been if there wasn’t architects who were basically drawers? You know pyramids, temples, all of that stuff was put down on paper or at least drawn out somewhere before they started those things. So it is a job. It is a job that artist love and I think that is the difference, they aspire to do the best they can with what there medium is. Whether you get paid for it or not, it is still a job. 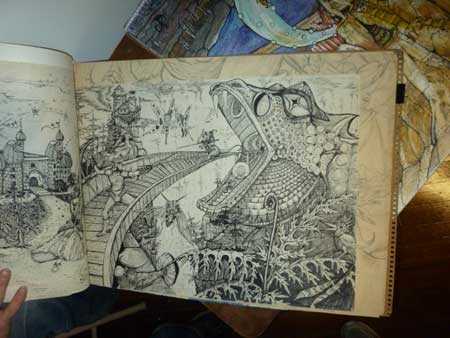 How do you feel when you sell a piece of art?

Michael P. Bilski: Oh, I feel great. To have somebody appreciate your work is the biggest compliment in the world.

Do you have a favorite of any pieces you have done over the years or now that kind of sticks with you?

Michael P. Bilski: There’s a few favorites. This is probably my most recent favorite is the Bunny with an Attitude. I do like this one too, it is kind of macabre (referring to Clown) but I like the way it just developed. I like the whole subject matter the way it came together. 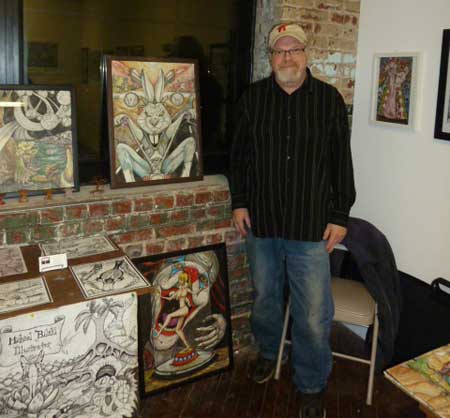 How did you get involved in creating some of the amazing Horror inspired work you do?

Michael P. Bilski: Just horror movies in general. I wanted something for Halloween and The Alternative Galleries pervert shows.