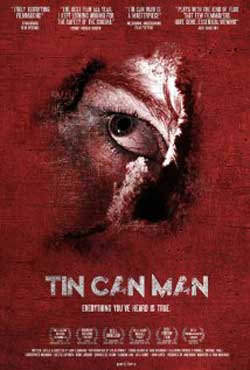 Recently dumped by his girlfriend for another man, working in a job he hates, things could be better for Peter. One night, while he is alone in his apartment, there is a knock at the door. His life will never be the same again.

Sometimes there are movies that you are forced to watch, but know you will not like.  The experience could come from grade school, where the teachers who didn’t want to teach would put on a movie to distract a class full of kids for an hour or so.  However long the class was, that was how long the students would have to endure a movie they didn’t want to watch.  Another way to experience this feeling is watching a movie with a significant other.  Sometimes you must make a sacrifice to let the other person in your relationship be happy.  Then there is me.  I get assigned bad movies to watch, more often than not.  Every once in a while, a movie lands on my lap that I know I won’t like at all.  This is one of those cases. 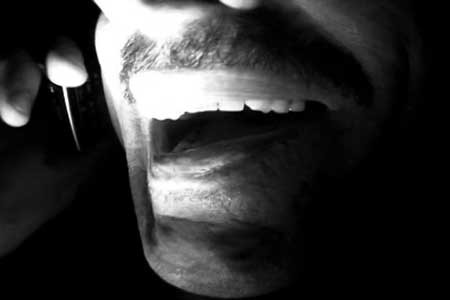 Tin Can Man came out in 2007, 2009, 2011, or 2012 depending on where you look for that information.  I couldn’t find any definitive date.  It follows Peter (Patrick O’Donnell).  After breaking up with his girlfriend, a man named Dave (Michael Parle) comes to his house and leads him on a series of horrific adventures.  Peter’s life falls apart in many ways as he goes deeper and deeper down a dark rabbit hole of terrifying situations. 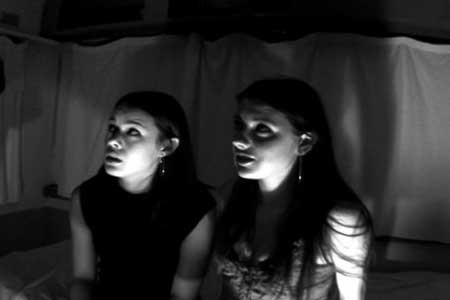 The most striking aspect of Tin Can Man is the look of the film.  It is not good.  The film is presented in black and white.  There had to have been a reason for director Ivan Kavanagh to want his movie shown this way.  It’s hard to figure out the reason, however.  Much of the movie’s story takes place in dark settings.  It becomes difficult to make out the imagery that is being presented since dark settings in a black and white film end up incomprehensible.  Differentiation between slightly lighter and darker shades of dark are next to impossible without color.  In a visual medium, you should be able to see things.  The use of darkness should help build the story, not tear away from the foundation. 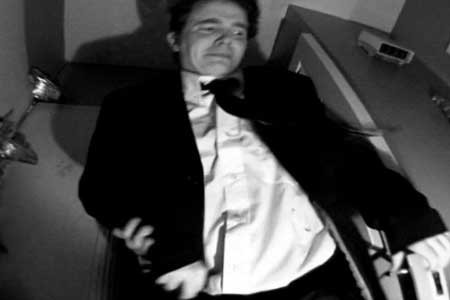 That said, it could all be part of the director’s intentions in building a movie that feels like a dream.  The movie flows from one scene to another without any real transitions, and the lack of scenery makes it feel more dreamlike.  The close-ups of the main characters’ faces twists the dream into a nightmare like state that is only furthered by the bits of imagery that can be seen.  In terms of the feel of the movie, Kavanagh hit that hard and fast in a semi-successful way. 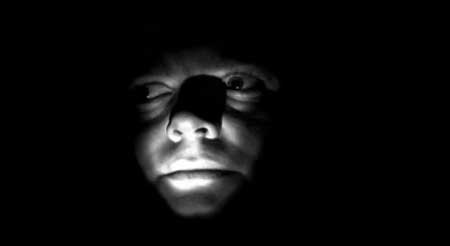 What really stands out in Tin Can Man are the performances of the two lead actors.  O’Donnell and Parle excel with the material and make the most of their screen time.  Parle masterfully makes the character of Dave into a menacing, insane threat.  It is easy to believe that he could be so forcefully manipulative.  O’Donnell plays the spineless lead of Peter so well that you pity him while also sympathizing with him and the situation he has been forced into.  They fill the roles well and create the atmosphere that drives the movie forward through their performances. 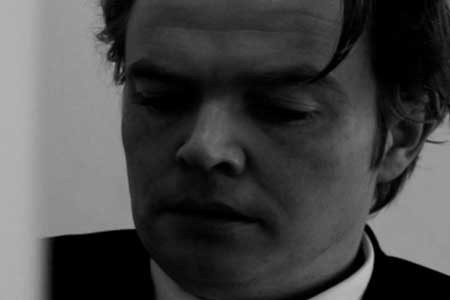 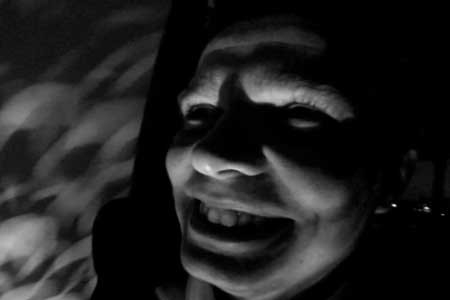 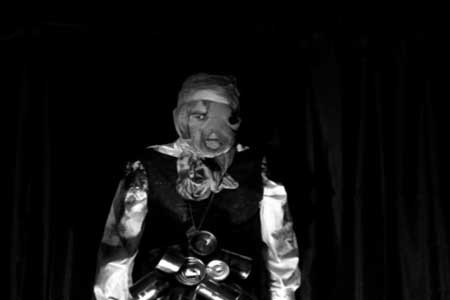 The problem is that the negative outweighed the positive in Tin Can Man.  Though the dark visuals may have been a part of providing the tone for the movie, they only helped to make it incomprehensible.  There was no sense of setting in the movie because there was very little background to be seen.  Although the performances were good throughout the movie, they couldn’t make up for the lack of surroundings.  The movie landed with a thud.  There are definitely people out there who could watch this movie and fully appreciate what it is going for.  They might find it entertaining and take more away from it than I did.  The movie left me bored and unsatisfied.  It’s a shame because the idea and performances are there.  It’s the whole package that didn’t thrill me in any way.