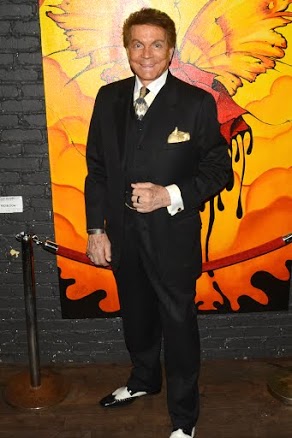 Actor Mel Novak at the AFM party for

Character actor and suave screen villain Mel Novak was recently seen at the premiere of Samurai Cop 2: Deadly Vengeance, the follow-up to the highly enjoyable cult film Samurai Cop (1991), which took place last month in Los Angeles. This Sunday, November 29, 2015, Mr. Novak can be seen as Stick in the mobster mash-up Bad Fellaz, a new film directed by William Lee, which will have its world premiere at the Hillside Gastro Pub in Cincinnati, Ohio. With cinematic nods to The Godfather, Black Caesar, and GoodFellas, Bad Fellaz tells the story of America’s first African-American Don, or head of a crime family. The rest of the cast consists of Joe Estevez, Shawn C. Phillips, and World Kickboxing Champion and Sport Karate Champion Robert Parham to name a few. From the press description:

It’s like a great big pot of minestrone, the kind your Aunt Rosa used to make on Sunday (bless her heart). A little bit of this, a little bit of that, and a whole lot of fun and action to spice things up. Just the way you would like it (hey, we are definitely thinking of you!). The money we raise is going to production and post-production efforts. Things like editing software, camera equipment, sound and all the other things that up production and makes BAD FELLAZ  a class act! (Just like you, know whadda mean?).

BAD FELLAZ takes its inspiration from a number of classic Hollywood films. There’s a little bit of Goodfellas with some Pulp Fiction tossed in to make the plot entertaining. We also went back in time to a classic from the 1960s It’s a Mad, Mad, Mad, Mad World to allow for a lot of characters to do a lot of action and comedy. When you see this film, you will watch plumbers with puns, nuns with guns, and $200,000 in laundered money finding its way through the underworld and sewer system of the Bronx. Shady landlords, gun toting crazies, girlfriends with attitudes, Japanese ninja plumbers on the prowl, and Russians infiltrating the sewers. Hey, just when you have seen one, another comes on the screen. It is all about keeping you on your seat and watching the mad mayhem unfold before your eyes (Nice, eh?).

You can read more about Mr. Novak here in my interview with him.