Home | Be Prepared to GET MEAN at the Nitehawk Cinema

Be Prepared to GET MEAN at the Nitehawk Cinema 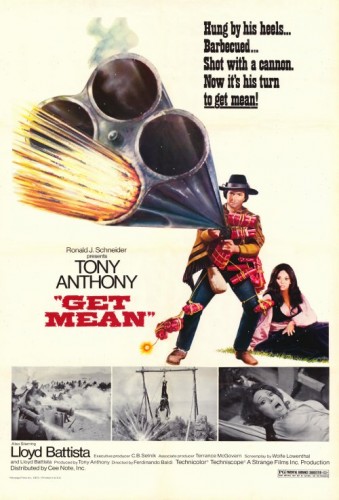 Following the screening, there will be a scheduled Q&A with actor Tony Anthony and Executive Producer Ronald J. Schneider.

When an American cowboy stumbles upon a gypsy family in a wind-swept ghost town, they offer him a fortune to escort a princess back to her home in Spain. But this silent Stranger finds himself in over his head (and strung up by his feet) when he gets caught in the middle of an epic battle involving Vikings, the Moors, brutal barbarians, evil spirits, a raging bull, and a diabolical Shakespeare-quoting hunchback. Tired of their never-ending attempts to kill him, the cowboy arms himself to the teeth with guns, dynamite and a special surprise. Now it’s the Stranger’s turn to GET MEAN!