Due to the controversy of Scrapbook, how did fans of the genre react towards you? For instance, I know a lot of women had to of been offended seeing how you’re naked through the whole film, being beaten and raped, sodomized by a huge bottle, and lets not forget that infamous shower scene. (For the record I do not have a problem with it, I laughed a lot, but I know many people have which is why I am asking) 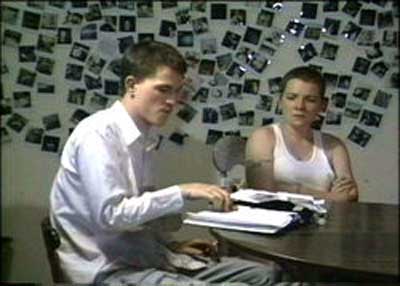 – I did get some flack from female viewers of Scrapbook. They wanted to know how I could condone physical and sexual abuse. But that’s the thing, I wasn’t condoning it…I was portraying it. There’s a difference! We were telling a story and showing events that have, unfortunately, probably happened to someone at some point, you know? It was not being celebrated or shown in a favorable light in any way. There are people in this world who think that if violence or sexuality is portrayed in a movie or on TV, then the artist is condoning those acts. They don’t stop and take the time to really see what the message is. Bottom line, you don’t like it? Don’t watch it again! 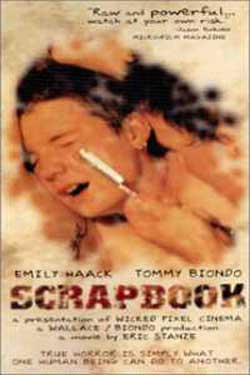 Was playing the role of “Clara” as rough as you imagined it to be? And did you at any point in time feel threatened or violated throughout the making of Scrapbook?

– I had no idea what I was in for when I agreed to play the part of Clara! Scrapbook was my first movie and I basically knew the storyline and what events my character was going to be going through at the hands of Leonard [played by the late Tommy Biondo], but I truly didn’t realize what an emotional, physical, & spiritual journey I was to be going on. 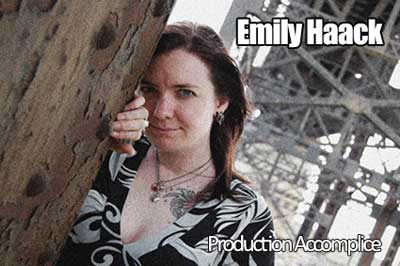 That might sound a bit melodramatic, but I’m completely serious! Working on Scrapbook helped me in ways that I don’t think I could have accomplished on my own. I never felt threatened or violated on that set. Everyone was professional, respectful, and hard-working. Eric was always available for me to talk to if I had any problems or concerns about a particular scene. I have always felt safe on his sets.

What was the hardest part for you in Scrapbook to act out?

– The most challenging scene for me was the dialogue sequence in the kitchen! That seems lame to me now, but back then I was petrified of shooting that one. I had no film experience and in the plays I had been in I was either silent or had a monologue! Dialogue was a scary prospect. That scene was an important one in the storyline of Scrapbook and I felt so awkward doing it!

What would you say we have to look forward to when seeing your latest project “Ratline” directed by Eric Stanze whom you have worked with before?

I think new and old fans of Wicked Pixel Cinema will be surprised with Ratline. We went places we haven’t gone before and tackled some interesting issues! I can’t talk about plot points, but suffice to say it’s going to kickass.

I don’t like asking anyone in the horror business what their favorite horror film. I know you must get asked this a billion times. In that case, what would you say is the worst horror film you have ever seen?

The Psycho remake. I was so ashamed of Van Sant. Hitchcock should be off limits when it comes to remakes, ok? 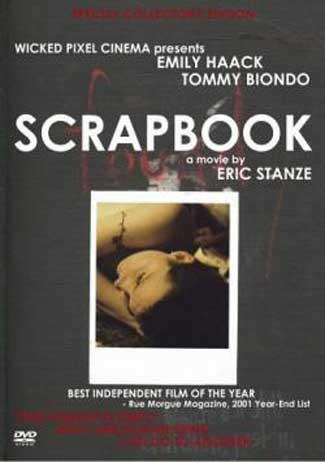 Which character would you say has been your favorite to pull off?

– I am proud of my portrayal of Clara, but I think playing Crystal in Ratline has been my favorite so far. I got to use several weapons [gun, machete, fists], explore a dark side that none of my characters have had before [Sandy in I Spit was insane, not dark], have an intimate relationship with another character, and go on an emotional rollercoaster. It was awesome!

– I don’t have any projects on the table right now, but I would love to do a comedy! I think that would be so much fun. We just need someone to write it [hint, hint]. After Ratline is completed, we will hopefully be doing promotion for that and then…who knows! Something awesome, I’m sure!

What do you think it means to be a Scream Queen?

– To me, the term “Scream Queen” brings to mind a squeamish, screaming, weak, female character that is only there to show her tits and be killed as violently as possible by the film’s villain. That is certainly not what I aim to be. There is a place for that type of character, yes, but I’d rather be the strong, self-sufficient, I-can-take-what-you-dish-out, Rebel Yell Queen!

Interview: Emily Haack (Ratline, ScrapBook, I Spit on Your Corpse I Piss on Your Grave)