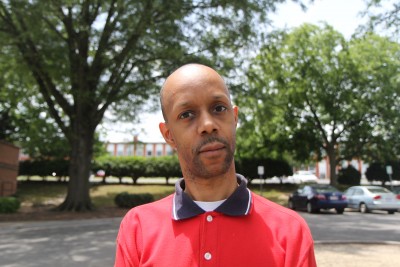 Please tell us about yourself and why you wanted to become a screenwriter:

I hail from Durham, North Carolina, and I’ve been writing screenplays for just over two decades.  I wanted to become a screenwriter because I strongly believe that film is the best medium to tell stories of the strange and fantastic.

You have an extensive list of such well-written screenplays so far.  What is your goal and what would you like to see happen with your screenplays?

My ultimate goal is to have the opportunity to tell stories with a strong and unique point-of-view of the paranormal and metaphysical.  Of course, I would love to have my screenplays turn into memorable motion pictures that will entertain audiences around the world for years to come.

How long have you been a Horror fan and what are some of your favorite Horror films?

I have been a Horror fan since the mid-1990s (two films released in 1996 opened the doors for me liking horror movies more — “THE CRAFT” and “SCREAM”, both films starring Neve Campbell, by the way).  Most of my favorite Horror films are of the supernatural kind: “PARANORMAL ACTIVITY”, “INSIDIOUS”, “SINISTER”, “OUIJA”, and “UNFRIENDED”.  I am also a huge fan of Rob Zombie’s HALLOWEEN films as well as the “SAW” series (my all-time favorite franchise).  And I cannot forget about the one film that had the biggest impact on me: “A NIGHTMARE ON ELM STREET”, the 1984 original written and directed by Wes Craven.  I rented the film on video one day in 1998, and it simply blew me away.  That film not only made me a horror fan for life, but it also inspired me to write my very first screenplay in the horror genre, which is “DEMON CRYSTAL”.

What authors/writers do you enjoy reading?

Actresses in genre films mostly.  My horror script “ENSLAVEMENT” was inspired by three outstanding performances: Fairuza Balk in “THE CRAFT”, Kim Director in “BOOK OF SHADOWS: BLAIR WITCH 2”, and Dakota Fanning in “THE TWILIGHT SAGA: NEW MOON”.  And my dark horror-fantasy script “MISTRESSES OF SLEEP” was inspired by Italian actress Monica Bellucci after seeing her in “THE MATRIX RELOADED” (Sci-Fi, not Horror).  I wanted to create a film project specifically for her, and it turned out to be something a lot better than I expected.

If a production company would like to contact you regarding the screenplays, what is the best contact email for them to get a hold of you?

“DEMON CRYSTAL” is a well-written Horror script and you mentioned Blumhouse Productions and how you would like them to produce this film.  Do you have a dream cast in mind when you write the screenplay?

Actually, I do.  I would love for Elle Fanning or Chloe Grace Moretz to play the lead role of Destiny Benson.  Kyle Gallner would be great as Stuart Stetson, and Connie Britton would be perfect as Destiny’s mother.

What advice would you offer fellow, current and upcoming writers?

They say hard work and persistence pay off, and that’s the story of my screenwriting career.  It wasn’t until 2013 that I optioned my first feature-length screenplay.  The advice I would give all writers: NEVER GIVE UP!  Rejection is a part of the film business, but don’t let anyone tell you “you can’t do it”.  You can do it, and you will.  Don’t do it for fame and fortune.  Those things are great, but it’s the passion and the strong belief in the stories you write and want to bring into the world that will get you far.