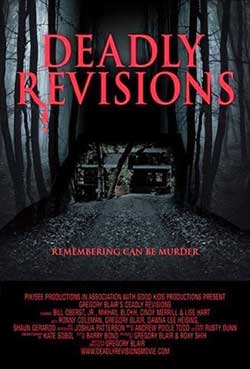 International genre favorite Bill Oberst Jr. plays an amnesiac horror writer who becomes trapped in his own nightmare as terrifying images emerge that may or may not be memories, madness, or both! Remembering can be murder! (source: IMDB)

Horror writer, Graf (Bill Oberst Jr.) awakens in hospital after having had seemingly fallen down some stairs. Now suffering amnesia, Graf has fleeting memories of the night he fell and something sinister lurking. His best bud Deter lets him stay at his remote cabin in the woods for some R&R. 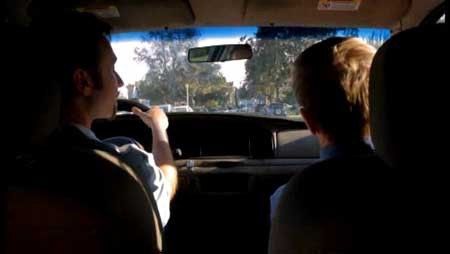 The slow burning story runs its course as Graf’s buxom psychiatrist helps him recount his memories via drug induced hypnosis, but they are stunted and sparse at best. With memories of his very poorly acted wife being murdered and Graf possibly doing the murdering, Graf starts to lose grip on reality as the line between it and fiction blurs. Characters from Graf’s horrors seemingly come to life and also taunt the writer in laughably bad ways. The third act break is forced onto you, dumping exposition as a lack of writing skill ensured that our protagonist didn’t even solve the puzzle himself (on purpose, anyway) and then forces further convolution to get to its twist and climax. Will Graf hold onto his sanity? Will he slide forever into madness? Will the actress playing his wife ever take acting lessons? Will this film ever entertain me?

Don’t let the synopsis fool you, folks. Deadly Revisions is not nearly as cool as what it leads you to believe. It is a low lit affair that tries to scare its audience with watered down writing, acting and horror. 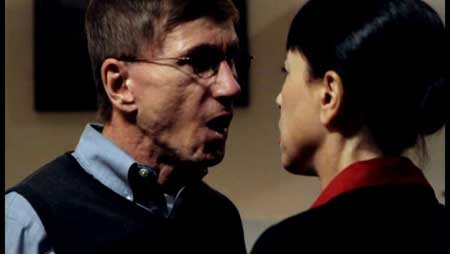 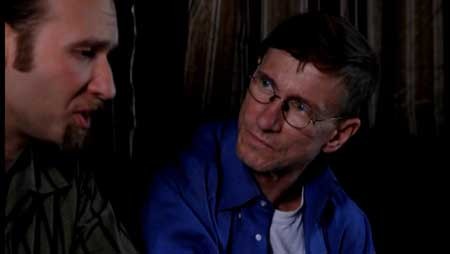 As you can obviously tell, I didn’t enjoy the film. Deadly Revisions felt like a typical midday movie. I couldn’t see anybody other than horror virgins and the elderly finding this scary or thrilling in any way, shape or form. The script meanders along utilising the same scares over and over again in between scenes that simply pad the runtime. And as if the writer ran out of ideas, the third act and the story’s twist is crammed down your throat with a series of fortunate coincidences in Graf’s favour, leaving the climax unsatisfying and you feeling cheated.

The interesting aspect of the concept, being the writer’s own creations coming to life and haunting him, was merely tacked on, being utilised very, very sparingly and to no effect. Any attempts at thrills or chills came off as flat to me, failing to illicit any goose bumps or even a modicum of fear. Also, there was way too much talk about p**n… Seriously… way too much talk about p*rn… 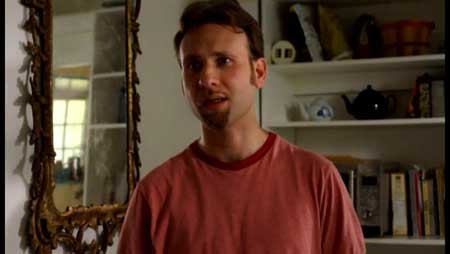 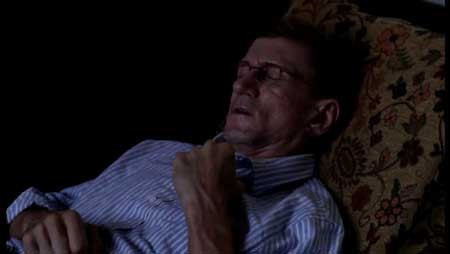 Cinematography was stock standard and serviceable. What you’d expect from a low budget film. However, the whole affair had a look akin to a 90s midday movie. Another nail in the coffin were the night scenes which were given very little artificial light so you could barely make out what was occurring on screen, essentially rendering them useless.

Acting was a mixed bag, ranging from simply acceptable (Bill) to horrendous (Lise). Some people love Bill and his acting (this guy is a serious work horse in the genre), but I find his style flat and uninspired, though he does play scared well, I will admit. Lise Hart, who played the wife, was horrendous in her role, delivering her dialog with the same tone throughout. It was very grating. 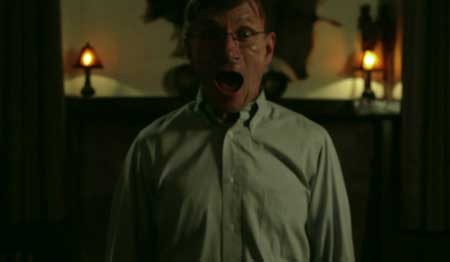 Would I watch this again? No. The whole film felt like a poor man’s Blumhouse movie, from the midday movie sheen to the watered down horror, thrills, storyline and acting.

Would I recommend this film to anyone? There’s a lot worse out there, but I wouldn’t be telling you to rush out to watch this by any means.