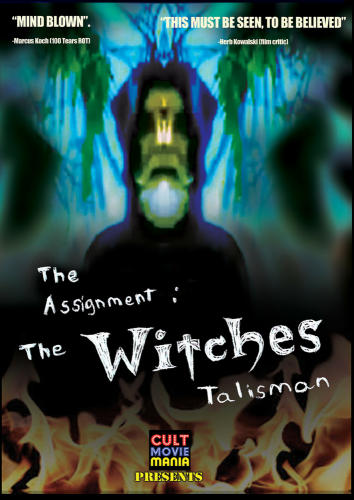 The Assignment “The Witches Talisman” Once in the depths of the frozen North, Arose a dark power. To some they were known as the Alliance. John Nolan was said to belong to this group. The town of Madison was built in the form of a pentagram on Indian burial ground, and John Nolan tried to set forth the end of time. The Talisman and the book stopped him hundreds of years ago, by a witch “Stella.”

Florida is a deceivingly weird destination, while seen as America’s vacation land the reality is Florida is where America comes to die; the statistics don’t lie, serial killers, child abductions, people struck by lighting and shark attacks are all number one here. Factor in it’s also where the head office of the cult of Scientology is and you have a very bizarre cocktail of strangeness brewing under the surface. Florida’s notable film history is no different -especially for horror films, in fact, some rather groundbreaking stuff happened here back a long time ago. This starts in the early 1960’s with Herschel Gordon Lewis deciding no longer wanting to use the the Florida nudist colonies and stop making “nudie cuties” due to a decline in market. His next move would be to create the gore genera and make the great granddaddy of gore films “Blood Feast.” 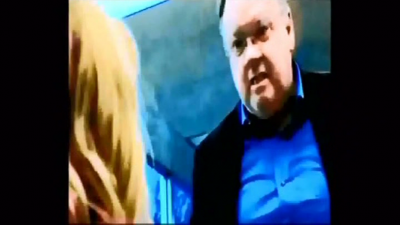 Weird is about the only type of films Florida churns out, not to say they are not good but something about the water here ‘em makes go crazy. Granted if you watching it and it’s Florida get ready to strap yourself in for a strange and possibly surreal ride. “The Assignment: Witches Talisman” is no exception.

The film is a series of strange narratives that almost work as a lattice of related concepts that intertwine over each other. When  Cassy gets an assignment from a sexually harassing teacher who is also a demon and or Satanic priest he then summons lesser demons to do his bidding. Casey is now chosen to save the world… I think. The director and star Kelly Hellen Thompson and I quote “The attempt with THE ASSIGNMENT was to make the worst film.. ever.”* Which I guess is a good thing to say that she failed at this and made a very surrealist film instead. 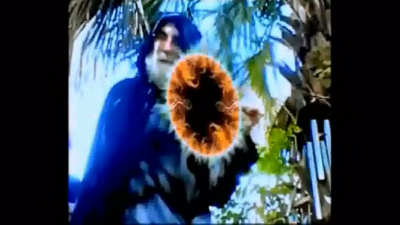 The film was shot in front and back yards and using a blue screen and the mash-up of lo-fi digital effects and general weirdness make a film that kind of forces you to watch it. I don’t like the word “trippy” it’s kind of unintelligent and implies both meanings of the phrase “limited audience” so I’d rather say “The Assignment: Witches Talisman” is more like watching a pixelated Dali painting in motion, with an almost childlike sense of imagination to it. However, I don’t think the director is going to pull a Tommy Wiseau and claim a different intention. Yet Wiseau and Thompson might be juxtaposed, Wiseau was trying to make an Oscar-nominated film, made one of the worst films ever,  got an audience laughing at it and then he claims he meant to do THAT. In this case, the director sets out to make a terrible film and makes a moving piece of art. The film is an insane portrait of lo-tech bizarre. 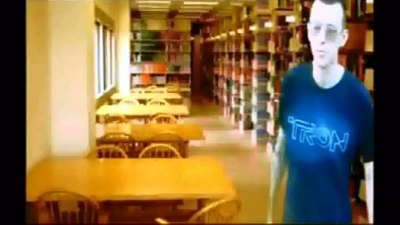 I would not say that this film is for everyone, it’s a strange mix of creativity that I would put more akin to the films of Guy Maddin only this is more of a digital threadbare collage than a rusted analog poem.  There is something very surreal about the entire film and while the director may make claims of “worst film ever” I think there is a lot more art to this. Case in point, on the DVD, features there is a selection “Don’t play movie” sorry folks but to me that is an “artist move” whether there for humor or not. 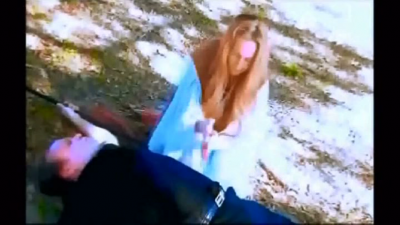 The DVD has some pretty cool special features on it such as star/director Thompson doing karaoke -she has an awesome voice as well as some trailers for “Florida Famous” films “Lost Faith” and the very messy “Rot.”  The best part of the special features for me was an interview between Herb Kowalski and Thompson -in fact the DVD is worth its money for this, because even if you don’t dig the movie this interview is a  priceless gem. Also included are outtakes -which have more diabolical laughter in them a then you can shake a stick at.