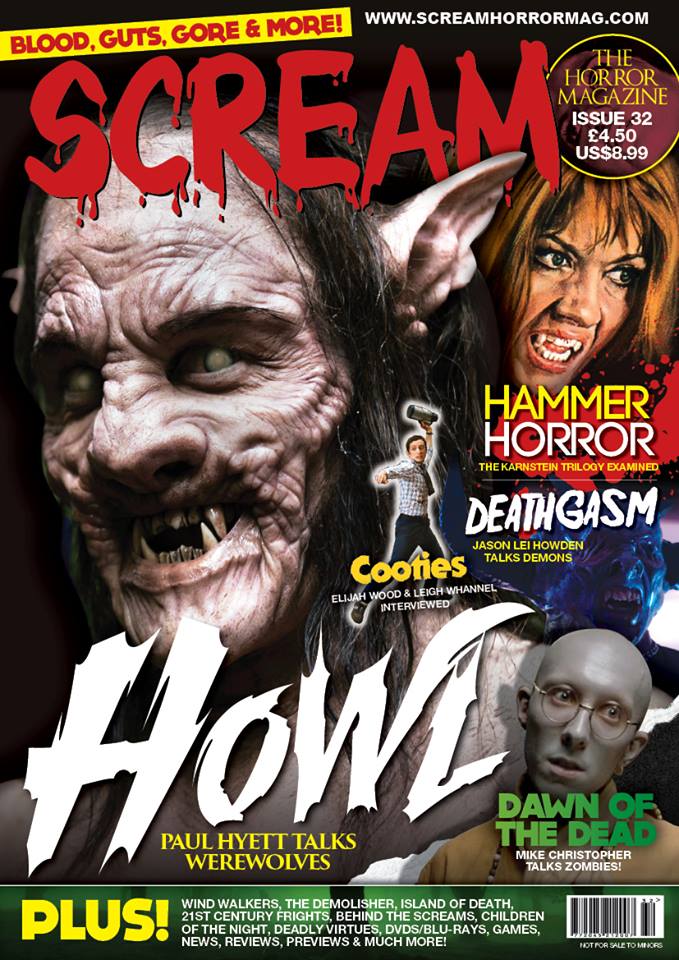 While there’s a gargantuan amount of horror content available online, it’s always great to discover a magazine which is really getting it right.

This is the sort of magazine that a lot of horror fans would want to be a part of. I’d been aware of SCREAM Magazine for a while as it’s prominently on sale in the horror movie sections in branches of HMV and FOPP over here in the UK, but hadn’t read it much.

Picking up the current issue in its digital form was a decision made late one night, and it was a very worthy impulse purchase indeed. Offering a very nice mix of new and old horror movie content along with pieces on books, events, comics, fashion and other delights, it’s a pleasure to read.

The features are written with a deft style and a great deal of knowledge, and the succinct reviews are refreshingly to-the-point. 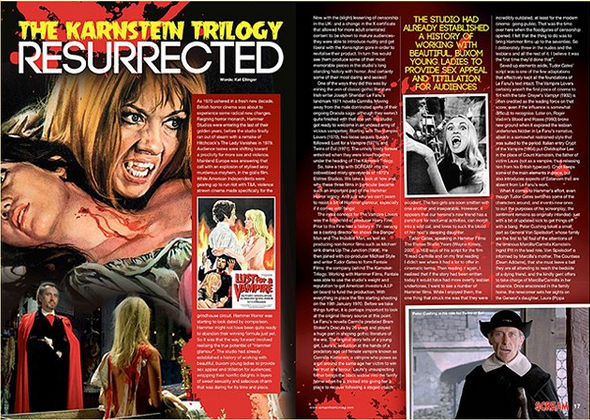 This 32nd issue of the increasingly popular magazine features a bumper crop of content: A look at the werewolf movie HOWL with the film’s director Paul Hyett, the horror games BloodBorne and Resident Evil: Revelations 2, the legendary Karnstein trilogy (The Vampire Lovers, Lust For A Vampire and the wonderful Twins Of Evil), The Wind Walkers, Fear The Walking Dead, the gloriously titled Deathgasm, an interview with Dawn Of The Dead’s Mike Christopher, 21st Century horror, The Demolisher, Children of the Night, the notorious Island of Death and more.

The magazine tackles each piece with a great deal of gusto and comes across as a bit more dangerous and rock n’ roll than some magazines out there. The digital edition is crisp and works nicely, and the print version is just as awesome.

SCREAM is a great read and is the perfect thing to put over the DVD racks in stores. It’s a fantastic idea to have the magazine right there with the films themselves, as each one will surely help the other to thrive. SCREAM seems like it’s writers are having a ton of fun doing this, and that’s to be commended. Essential and enticing reading for horror fans everywhere. 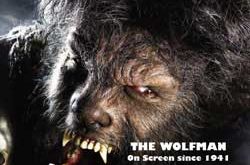 Britains got a brand Horror Mag! – the debut of “Scream”