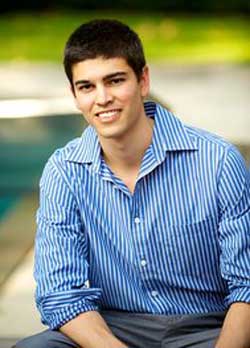 The concept of this film is interesting because it appears at first to be this happy, possibly beautiful love story and then the intensity kicks in. Where did the inspiration come from?

Let’s see. The initial inception of the idea that came from something that happened to me in college. I was a freshman in college. I was in a play in college and I ended up getting stabbed in the chest with a sword. It was a gory accident. It was a really bad wound like right near the heart. At the time I had a high school ex-girlfriend who had dumped me but in my mind this was the perfect time to gather her sympathy back. So, while in the hospital I tried to leverage my injury to get back with my High school ex. Instead of finding it cute, she thought it was super weird and annoying. It taught me a lesson about just because it is the third act of your story and you think you are going to win the girl doesn’t mean the girl asked you or should like you back. That is kind of where the idea for to take the high school beta male, dorky guy who gets the girl and flip it on its head.

What was it like working with you cast? Vincent Martella, Jennifer Laporte, Julia Aks and Shonna Major.

They were fantastic to work with. It was a very improvisational set so I luckily had a script but what was awesome about the cast is they really took things in their own direction and really added a huge amount to the comedy and the story. The leads, Jennifer and Vincent. The interesting fun thing about them is how they were both willing to play off of each other nicely but they also really came at the material from a real place. Although it was fantasy and comedy they took their characters seriously within the context of the world they lived in. I hope they shows in their performances. That is what we were going for. 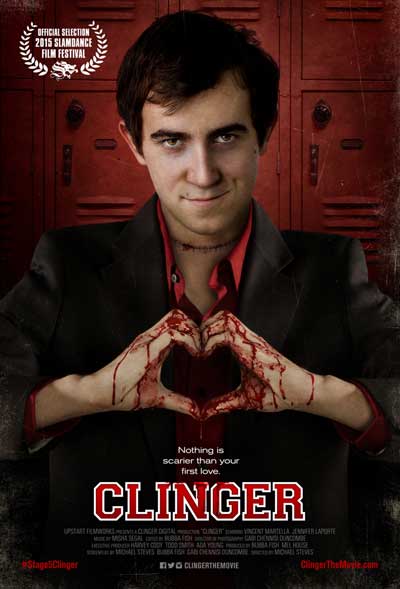 As the director and co-writer, which one was more tasking for you and which one do you feel you learned the most from & which one has been the most challenging for you?

Definitely the one that I have learned the most from has been as a director. There is no to learn how to do it besides just doing it. You learn what you are good at and what you are bad at to. Directing I definitely learned a lot about. An enormous amount of time that goes into making an 80 minute piece of entertainment. So I think that is what I learned the most from.

How do you feel about social media? Helpful or hindering?

Well, it’s wonderful for independent films. I mean for us, our movie was largely funded on kickstarter. We got the word out for our kickstarter campaign through social media. It gives smaller movies a chance to get some more exposure. It has been a great way to find our audience. For example there is a thirteen year-old girl who is a fan of our Facebook page and she like tumbles on everything. We talk to her on all of our post. I guess she is a huge fan of Vincent Martella and is just really excited about the movie. How cool is that we made a little movie and we can talk to one of our fans who can interact with our movie all the time. For me that is really special. 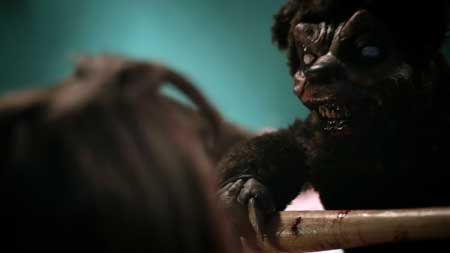 Currently I am in post-production on my second feature. It is a movie called “The Cold Descent.” It is a Horror-Western. It is a Horror-Western starring Tony Todd, Michael Eklund and Lance Henriksen. So it has some really cool Horror actors. It is a very different movie than “Clinger,” it is a more serious film. It is a supernatural western about a group of outlaws on a haunted train. It is like an old “Twilight Zone” episode, elements of Hitchcock (“Strangers on a Train”) But it’s a really fun, contained, historical thriller set after the Civil War so I am ending post-production of that right now. The female star of the film is Jennifer Laporte (“Clinger”) It was awesome to bring Jennifer back and the creative team along for the ride.

What directors did you look up and when did you know that you wanted to become a director?

I watched a lot of films and actually Horror films more in high school and college. Horror movies are actually what made me want to direct because the coolest thing about Horror is it’s all about how crazy you can be on screen and one up the last movie that came out and it’s this whole game of creating huge metaphors and huge stories on this canvas where you can be kind of crazy and all you have to do is not be boring. The directors that I really looked up to, especially in the Horror genre are Joe Dante who ironically enough made a movie similar to ours called “Burying the Ex.” But I looked up a lot to Joe Dante, Sam Raimi, and Peter Jackson. 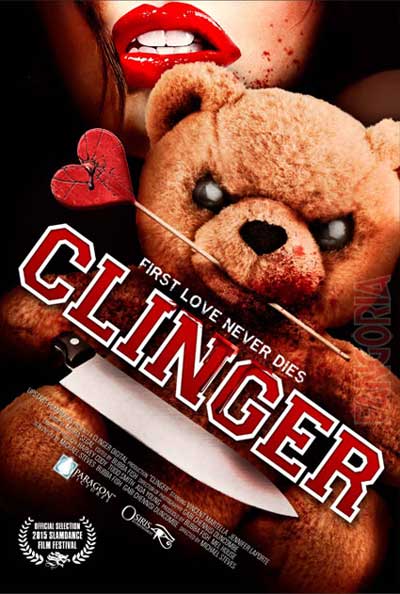 How did you feel about the loss of Wes Craven?

Devastating loss to the horror community. I still remember the first time I saw “Scream,” I was way too young to see it. That movie left such a huge mark, because I remember watching that movie and I was maybe in early middle school and just thinking this is a perfect movie. There was no holes. There was nothing that I think could be improved. There was nothing that could possibly have been better. There was a mastery behind them. Wes Craven is always playing a game of chess with the audience. It is always like he is just toying with you. I loved that about his work. It is sad that we will never be able to see the next Wes Craven movie cause for so long there was always a next Wes Craven movie coming out.

What advice would you offer to fellow, current and future directors?

One thing that I found is I make an effort to see all the independent Horror films that are coming out now, all the festival hits. I even try and meet the directors because I love seeing a movie that is made better than mine and saying how did you do it and really hounding them to try and figure out their secrets. I have always found that the best directors seem to keep working for a long time. The trait that they have is they are never going to wait for an opportunity to come to them. They are always making their own opportunities. Even if they have one bad movie, they do not let it end their career because they are going to keep creating relentlessly. Wes Craven was one of those people. Not all of his movies were perfect but he never slowed down or waited around for the next project. 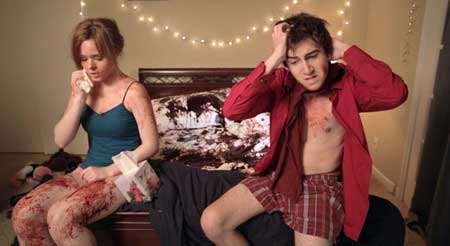 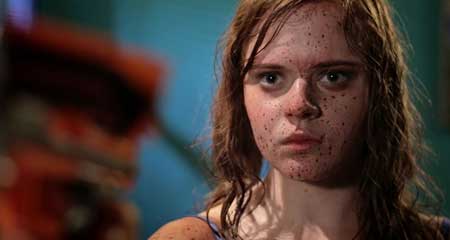 What type of film would you like to do that no one would expect you to do and who would be your dream cast?

I would love to do a Dark Horror fantasy. One of my dream people to work with would be James Marster and Barbara Crampton

Paragon Releasing will release CLINGER in cinemas and On Demand October 23.
Michael Steves directs the supernatural horror he co-penned with Gabi Chennisi Duncombe and Bubba Fish.

When her possessive high school boyfriend dies in a gruesome accident, Fern Petersen’s life is thrown into turmoil. Things go from bad to worse when he returns as a love-sick ghost to kill her so they can be together for eternity. 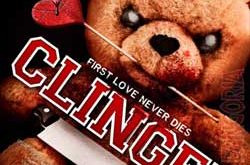 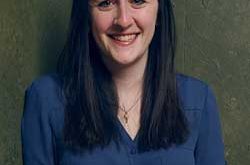 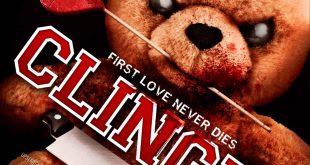