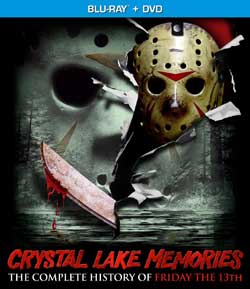 Based on the book of the same name by Peter M. Bracke this documentary takes a look at the entire history of the Friday the 13th series.

Review-Every since I first saw Friday the 13th Part III at the local drive-in when I was a wee lad of eight-years-old (sadly it wasn’t in 3-D) I’ve loved the Friday the 13th movies. I have always preferred Jason Voorhees over other horror icons such as Freddy, Michael, and Leatherface and think that he is without a doubt the greatest slasher film villain of all time.

I loved the book Crystal Lake Memories: The Complete History of Friday the 13th as I thought that it rocked on every possible level, so I was more than just a little stoked when I heard that they were doing a companion film. I had a great time watching this documentary and thought that it was one of the most interesting horror film documentaries I’ve seen in a very long time. It has a little something for everyone and is just about as awesome as you can get. If you are a fan of the Friday the 13th franchise you must own a copy of this film. 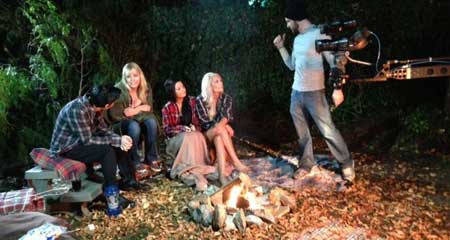 One of the things that I loved about the film was the fact that it featured a lot of the actors that appeared in many of the films over the years. It was really neat to see them now (some of them have aged quite well while others…well, not so much) and get a chance to hear them talk about the experiences that they had while working on the respective movie from the series that they worked on. Along with seeing Amy Steel (probably my favorite final girl from any of the films from this series) it was also very nice to see Judie Aronson (who is looking awesome these days!) from The Final Chapter, Dana Kimmel from Part III, and Jensen Daggettt from Jason Takes Manhattan again. 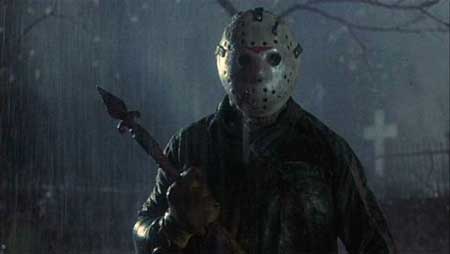 I thought that it was very interesting to hear these actors talk about what they experienced while working on the series (it sounds like poor Aronson went through complete and total hell while filming her death scene) and it definitely made for some great entertainment in general. I’m a huge sucker for behind the scenes stories and this documentary certainly provides a great deal of them in spades. I also thought that it was cool that Sean S. Cunningham, Frank Mancuso Jr., and some of the other people responsible for making the series such a success were on hand as well and thought that they all had some pretty interesting and cool things to share as well. 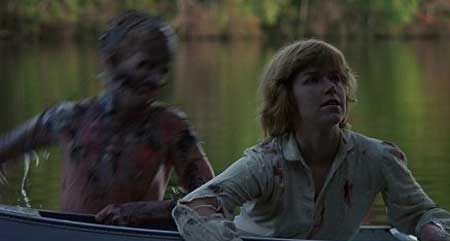 I also dug the fact that the documentary breaks each installment up into chapters and focuses on each one of them. All of the films in the series get an equal amount of love and I thought that this was a very nice touch (I also thought that it was cool that the TV show was recognized at one point as well). We get some great stories about each film as well as outtakes, deleted scenes, and behind the scenes footage from each installment. My personal favorites are probably The Final Chapter and Part 6, and there was a lot of great stuff related to both films that I really enjoyed watching. I even found out a few things that I didn’t know before (such as the fact that Part 6 was the lowest grossing film in the series) and I had a great time doing so. If you’re a trivia nerd like I am you are going to enjoy this documentary and won’t walk away feeling disappointed.

Crystal Lake Memories: The Complete History of Friday the 13th is a dream come true for any fan of the Friday the 13th franchise. It has everything you would ever want such as interviews with all the important people related to the series from Adrienne King to Kane Hodder (and even the always awesome Alice Cooper) an in-depth look of the history of the franchise to its humble beginnings to the 2009 remake, and a lot more. Clocking in at around 400 minutes this is one comprehensive documentary that covers pretty much everything there is to cover when it comes to Friday the 13th. If you are a Friday the 13th fanatic (or just a fan or horror in general) and don’t have a copy of this documentary you need to run out right now and grab a copy as soon as possible as you will definitely be entertained. Highly recommended!