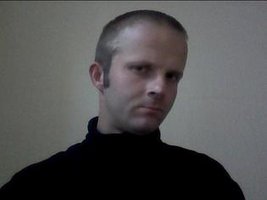 What made you want to become a writer?

Writing has always been a part of me, especially when I felt like I had treasure in my hands when I held a Parker pen for the first time.

Who are some of your favorite Authors?

“The Mirrored Room” was so well written and it truly captures you and brings you in to such a good story. What inspires your work?

Thank you so much. I am inspired by the world around me, but mainly from my own imagination.

What can you tell us about your upcoming work and what you will be doing next?

I have a forthcoming fifteen story collection Doomsday After Midnight, which will be released at some time in October 2015. Currently I’m writing a few anthology contributed stories, one of those is titled Mister Shadow Hands. I also have a collaborated work titled Sickest Things with fellow author Alex. S. Johnson. Next year I have more surprises! 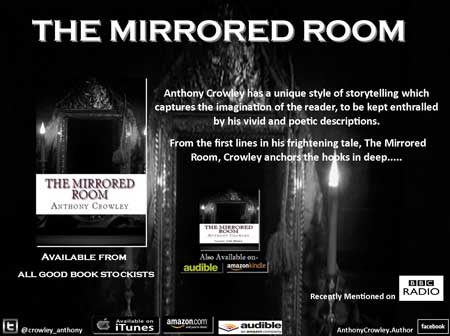 Are you hoping for the books to be made into films or is there a plan to do so?

I try and be visual as much as I can with everything I write. The next step will be to eventually be involved in some form of adaption.

The whole world of horror and its followers inspire me.

If you could write a book with any other author, who would you choose and why?

I have a little secret, which I can’t speak much about at the moment but next year I am involved with three literary projects involving some of today’s known and most talented authors.

The details and the intensity in “The Black Diaries: Volume One” are incredible. Do you look to yourself for characters or are you a people watcher?

Thank you. It depends on the theme and the atmospheric content within the story. I also try and observe the emotions of others from everyday inspiration. I try and be as visual as I possibly can. I like to get into the psyche of the human mind and explore how people can react to certain things. I think horror is so much enjoyable on a psychological basis, because it affects us all on a daily basis, whether positive or negative. 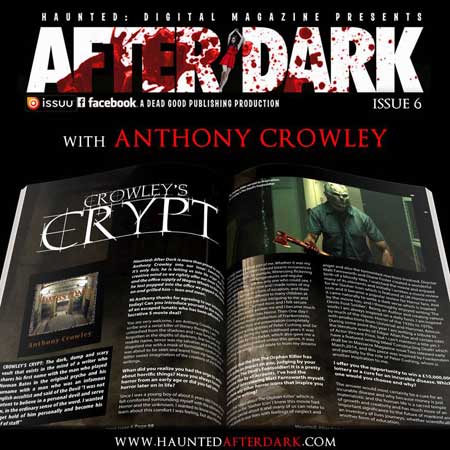 Are you planning a book tour?

During the middle of the year I took part in a couple of signing events. I have a book event “Doomsday Over Cornwall” to take place at the Museum of Witchcraft in Boscastle, Cornwall. This event will coincide with my collection release “Doomsday After Midnight”. The event time may change, due to the exact release date of the book. I have another event to take place at the Birmingham repertory theatre, confirmed date/s and times will be available soon.

What advice would you offer to fellow writers/authors?

Follow your instincts. Be yourself and be original, but avoid the circus. 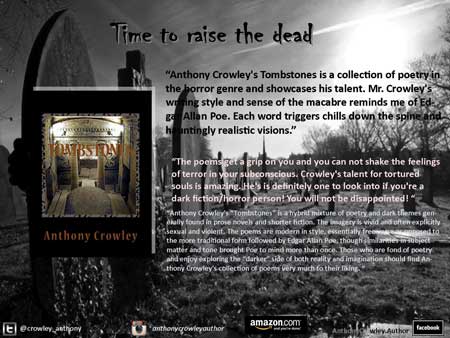 How do you feel about some of the newer authors and the Horror work they release?

I respect and appreciate all newcomers to the genre. It’s always pleasing to see something new and refreshing. There’s a newcomer author whose name is Adrian Nightt. I can see some great ideas coming from him. Another author I like to mention is Simon Marshall Jones. He’s the founder of Spectral Press and Theatrum Mundi. He’s recently published his own literary works with a release of a collection titled Biblia Longcrofta. He has a wonderful talent in the genre and writes superbly. Check it out!