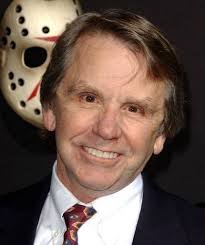 It goes without saying that if you’re a regular visitor to Horrornews.net, you know who Sean S. Cunningham is, but just in case you don’t….

Sean S. Cunningham is the creator of one of the most iconic characters of the horror genre – Jason Voorhees. The hockey mask wearing slasher has been splattering theater screens with blood since 1980, when he made his first (albeit brief) appearance in Friday the 13th. Since then, Jason (& his trusty machete) has appeared in a legendary series of films that have etched his name alongside other classic villains such as Freddy Krueger, Michael Myers & Leatherface. But none of this would’ve happened without the creative genius of Sean S. Cunningham!

The 14th edition of the New York City Horror Film Festival celebrates the career of FRIDAY THE 13TH progenitor Sean S. Cunningham this November with the festival’s Lifetime Achievement Award. Responsible for one of the major characters of slasher cinema in the form of Jason Voorhees, Cunningham also joined with the late Wes Craven in their dark underground classic THE LAST HOUSE ON THE LEFT. And of course Mr. Cunningham receives this honor on Friday, November 13th!

Also producing other installments in the FRIDAY THE 13TH series including JASON GOES TO HELL: THE FINAL FRIDAY, JASON X, and FREDDY VS. JASON, Cunningham is also responsible for the HOUSE series, producing the original feature, its sequel HOUSE II: THE SECOND STORY, and HOUSE IV. Cunningham is now in production on FRIDAY THE 13TH: CRYSTAL LAKE CHRONICLES in the role of executive producer, slated for a 2016 debut. 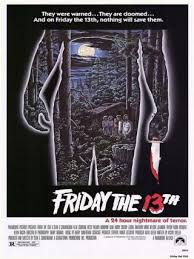 The festival runs November 12-15, 2015, at Times Scare, 669 8th Avenue, right on Times Square’s famed 42nd Street, aka “The Deuce.” Times Scare is enhanced with custom-built designs and elegant macabre décor including a state-of-the-art haunted house and skeletal bar. The venue’s history traces back to the crematorium that operated there in the roaring ’20s and the dark echoes of old Times Square’s bawdy past. The festival selection committee is currently reviewing this year’s submissions and will announce the lineup in October, along with the Opening Night film and the second award recipient. The schedule and ticket links go live in October at nychorrorfest.com.