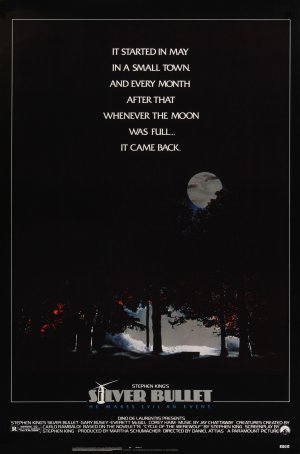 I find it frightening that it has been 30 years since my father and I saw Silver Bullet (1985) in a local theater one month before I got my driver’s license and the ability to go see any movie I wanted. Stephen King wrote the screenplay based upon his own Cycle of the Werewolf novella from 1983. Daniel Attias directed the film, and to my knowledge this is his only big screen outing (he has worked exclusively in television ever since). Colorado’s Mile High Horror Film Festival is showing a 35mm print of the film, and you can read more about it below in the official press release:

The Mile High Horror Film Festival is screening Dan Attias‘ werewolf flick SILVER BULLET, presented by the upcoming monster self-help book from Skyhorse Publishing, THE I IN EVIL, and hosted by FANGORIA‘s Ken W. Hanley (in character as his literary alter-ego). SILVER BULLET will be screened on 35mm and will be preceded by a short introductory seminar on werewolf behavioral etiquette. Expect more details on this 30th Anniversary Screening of SILVER BULLET once the full schedule for MHHFF 2015 is revealed. 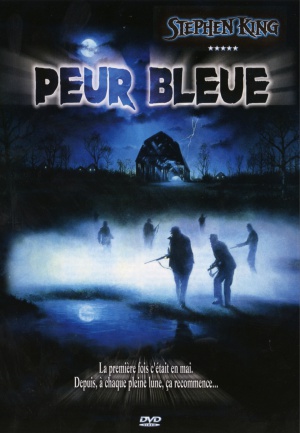 Check out the event’s official website for additional information.