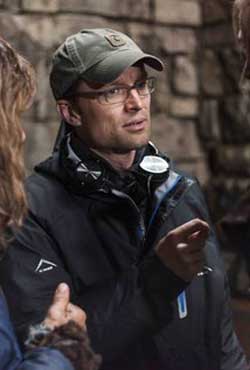 The imagery, the fight scenes, everything was so epic, what challenges did you face shooting such an epic film?

Well, I think the challenges were very much on screen. It was a story about a bunch of Vikings that are fighting the elements and are out there in nature trying to survive. That’s exactly what we went through shooting the movie, trying to survive. We had sometimes inclement weather in South Africa which of course was a god send, it was great and exactly what we needed. But it made the shoot of it all very tough. There is no mystery that this is does not exactly have a budget that the Hollywood studios would give. Then we had to go out there and hope for the best.

Fabulous, I was really blessed with this group of actors because I think for all of us this was a little bit of a boyhood dream come true. We were all going to battle with swords in the medieval ages. But I have to give it to them, they were out there while we were all in weather and waterproof gear. We dumped tons of ice cold water onto our actors. It was a test of their stamina and they all loved it.

Did you think about how you would get the actors into the medieval time frame?

Yeah, of course, it was important to us to make a movie that doesn’t seem like its shot against green screen in a studio. But rather go out there and sacrifice some of the more fancy moves that one could have done in the studio but give it more of a spaghetti western feel where you see that they are really dirty and have been put through the ringer and weathered and all that. The challenge is on a movie like this is I had very little pre-production and rehearsal time with the actors. Rather than sit around the table and read through the script, I decided to expose them to as much stunt training and physical training as I could during the one week of preparation that I had with all of them. What I did was I put them in costume, wigs and hair extensions and everything and just went out there in the woods for a day and asked them to not ever break character for the whole day.

What directors influence you?

Well, many I suppose. Some of them are secretly and invisibly influencing me when I’m out there. This one literally halfway through preproduction I noticed we are shooting a spaghetti western like I said and spaghetti westerns I grew up with more than American westerns really because I am from Switzerland. I saw all these fantastic films on a tiny little 4×3 television set. 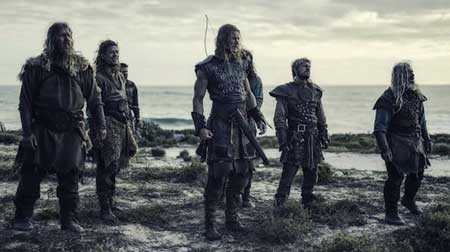 What made you want to become a director?

In my early teens, when I was twelve or so, I started with my cousin, rather than playing with our toys, we started filming them and filming what we were playing really, It was really gratifying to be able to capture the fantasy plays that we played with and then also show it to friends and family and see their reactions to it. That quickly grew into a more organized way of storytelling and filmmaking and I started watching more movies and recruiting my friends into making short films.

How do you feel when you watch one of your films finished?

Well, it’s a rollercoaster of mixed feelings of course. On the one hand I am enormously proud of the crew and all of us have been able to accomplish and how it came to together. It is very emotional and to know that it pleases people but at the same time I see everything that I want to do differently. Other Directors have said you said that the movie is never really finished, it is abandoned. 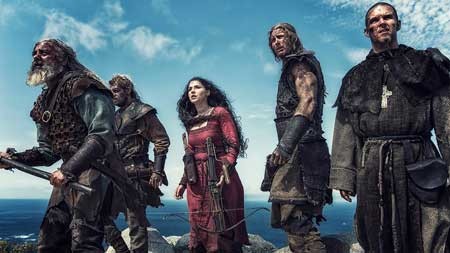 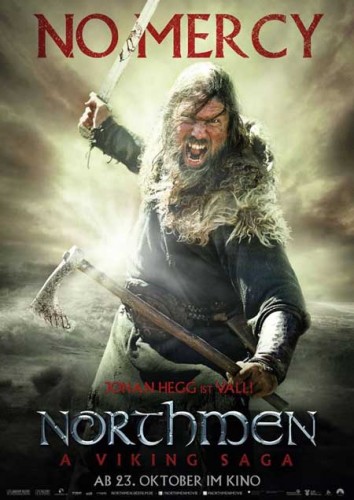 You produce, direct and write, what is more challenging to you?

There are several hats that one is required to wear when making movies. They come with different challenges and the tricky part about being a director is that you are responsible for the movie and you are being kicked in the ass for stuff that doesn’t work and as a producer you can always kind of withdrawal and find excuses for stuff that is not as great as it should be and as a director you can’t blame anybody else for anything that might not be the way that it should be. You really expose yourself so that’s why it comes with a great responsibility and great pressure. I feel like you are responsible for making the actors look as best as you possibly can. You are responsible for making everybody who is involved in the movie to come out the best possible way at the end and that is pressure that leads to sleepless nights. At the end of that tunnel is a great reward which is having a movie that the world can see and it is captured on a disk now.

Could you tell us about your next projects you are working on now?

A couple movies that are coming together including “Priority Run” which is an action movie which will hopefully come together next year and one that I am really fond about called “Shoedog” written by the great George Pelecanos who wrote “The Wire” and he is one of the best crime novelist in the country currently, “Shoedog” I am hoping to put together next year. It is nothing like I have ever done before. 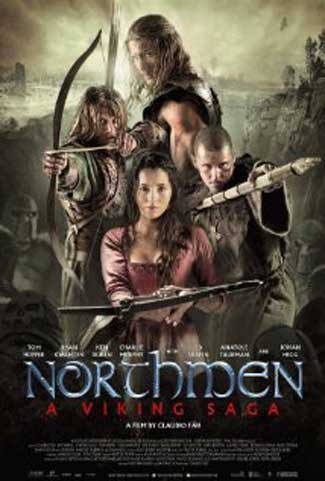 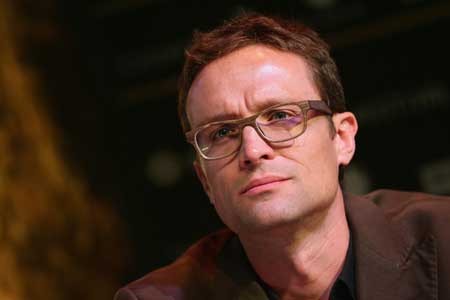 What advice would you offer to fellow and upcoming directors?

Well, wait a couple minutes until you say cut! It is always the moment when you think the scene is over the moment the actor stops acting is when you get the best stuff. So say cut in your head and wait five seconds and then say cut. It is always good to have reaction shots. Let the actor hanging, almost leave them hanging just for a beat or two just to see if something goes on in their soul or mind that triggers some facial reaction or facial expression or even another line that suddenly comes out and that is always a shame if you don’t have it on camera. There is a book worth, a novel worth of advice but this is one little thing I learned the hard way through many movies and it’s always good to wait.

SYNOPSIS: NORTHMEN –A VIKING SAGA tells the story of a group of Vikings in the ninth century who sets sail for Britain, aiming to plunder the rich monasteries in the northern part of the island. But a storm smashes the ship to pieces on the rocks off the coast of Scotland, the only part of Britain without any Viking settlements. Soon thereafter, the daughter of the Scottish King falls into their hands and the Vikings see this as an opportunity to demand a large ransom. The King immediately sets his ‘wolfpack’ — a group of mercenaries well known for their savagery — on the Vikings. The “Northmen” with their hostage now have to force their way through the rough highlands, where they meet the brave and mysterious Christian monk Conall (Ryan Kwanten). Having the wolfpack close on their heels, a desperate race against time begins. A battle over life and death…