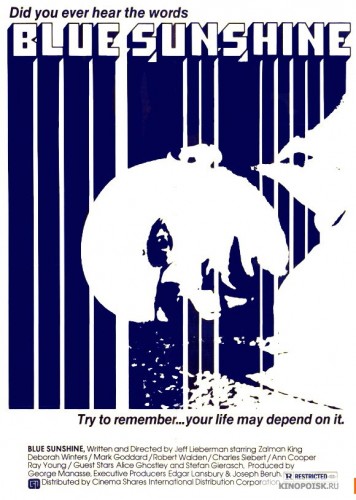 One of the strangest films that I have ever seen is Jeff Leiberman’s 1978 film Blue Sunshine, which I remember sitting on the shelf at West Coast Video on VHS in the late 1980’s. I was always intrigued by the cover art, but I didn’t have occasion to see it until it was released on DVD and a friend loaned it to me. I was impressed with it and read with glee that it had developed a cult following. The transfer left something to be desired as it was sourced at the time from less-than-stellar elements.

Mercifully, the film’s original camera negative is not only still in existence but it has recently been unearthed, leading to a new restoration in 4K and a future release on Blu-ray. The full details can be read here.