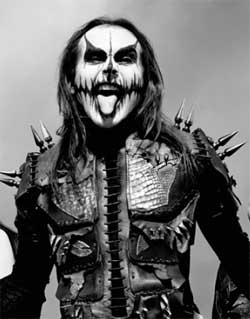 Dani Filth of CRADLE OF FILTH spoke with me for a Horrornews.net Exclusive.

What inspired the album and the songs for “Hammer of the Witch?”

It was an amalgam of lots of different things I suppose and when I began writing the album I had a new clip of about four songs before I started coming up with an idea. You could say it is well hilted in the medieval, I mean there is a track called “On Christian Soldiers” which about the first crusade and draws comparison with modern day. As do a lot of the songs but I think the medieval scenario is the vibe that suits the material. I was working one day in my office and I have a library of books. I saw the “Malleus Maleficarum” which is the medieval, gothic book about witchcraft that translates to Hammer of Witches meaning it was a tribunal, like a punishment for witches and the book itself was like a weapon against witchcraft.

Obviously hundreds of thousands people throughout Europe were put to death throughout the inquisition period and this book was partly responsible for that I should imagine. But anyway, we saw it as the weapon being in the witch’s hand. It is retribution, revival, reprisal, revolution and revenge. We can say that because we are not a Christian band. So that was our interpretation of that. Then those things of revenge, revival, demonology, witchcraft which were also influenced by the area in which I live in England which is known as a witch county. 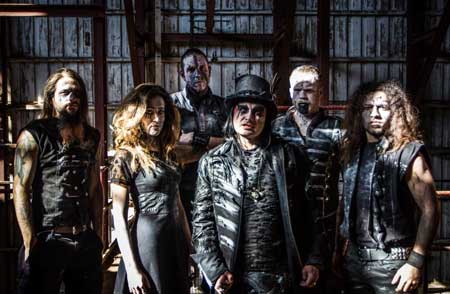 When you were writing the album, was there one song that continued to stick out to you as important?

Yes, well it still is and it’s “Blackest Magick in Practice.” It’s because I suppose the rest of the album is very melodic record, there’s a lot of cinematic aspects to it, twin guitar work, keyboard, and it’s very melodramatic. It’s also very ravenous and really ferocious and that song is set apart. It is tragic but it’s also has a lovely feel to it. You know it slows down and that became a favorite and it still is.

When I listened to all the songs and began watching the videos, it feels as if you are telling a story. Is that how you wanted it to come across?

Yeah I think we’ve always had an affiliation for that. Ever since the band began we’ve always had a cinematic feel. We’ve always had a kind of soundtrack quality to the music and when we first starter it was the interaction of keyboards with the heavy music. It was quite unique. It was something that would happen in the Goth scene but it was new in heavy metal. I think we just developed that over the years. The band did go hand in hand with being massive movie buffs, especially horror movie buffs. This album is a bit more a journey.

You are going on tour in October of 2015, will you come to the United States? (and yes he already knew I was going to ask about Cradle of Filth Coming to America, love you Dani LOL)

In England and Europe TOUR that’s right yeah in the U.K. and Europe from October to March. It is not completely confirmed. It is definitely happening. 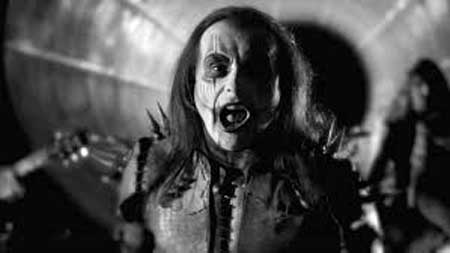 Are you working on your next album?

Already!!! Give us a chance (I am always thinking ahead) Well to be fair there were some songs that did not make the album. It was because we were opting for quality over quantity and we dropped three songs that were all seven minutes plus each. They were very good songs though and they may see the light of day at some point. I am actually working on my other bands Devilment’s new album at the moment in between doing bucket loads of press for Cradle and the two bands have actually planned some summer festivals together. 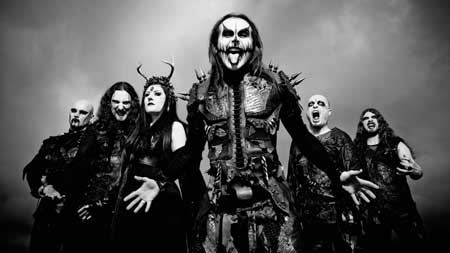 Who inspires you personally and professionally?

I guess there are a lot of people that inspire me, probably too many to mention really. I was really inspired by Christopher Lee who obviously died recently. I’m a big fan of Bela Lugosi, Vincent Price, you know I have their autographs all over my house and Boris Karloff. I love newer actors and actresses but I am really into movies as probably are. Musically, I was always inspired by Glenn Danzig, Ozzy, Maiden, and King Diamond. The theatrical people strangely enough. A whole bunch of authors as well. Also a massive H.P. Lovecraft fan.

What advice would give to fellow artists?

Now a days the music industry is dying on its knees. It’s a horrible revelation but it’s true. It is kind of rotten from the inside with the current climb of illegal downloading. The fact that people don’t invest in music, they think its free entity. Their entitled, it’s not a visible thing, it’s not like oxygen that is free, it is not free. I dare anybody to work for a year as people do an album and then suddenly somebody says oh that new flat or that apartment you were trying to save money for or that new car, sorry you can’t have that because we’ve just taken all your money from you. That pretty much is what is happening to musicians now a days. You always have your core fans. My advice for bands now a days is that you have to be 200% into what you are doing. 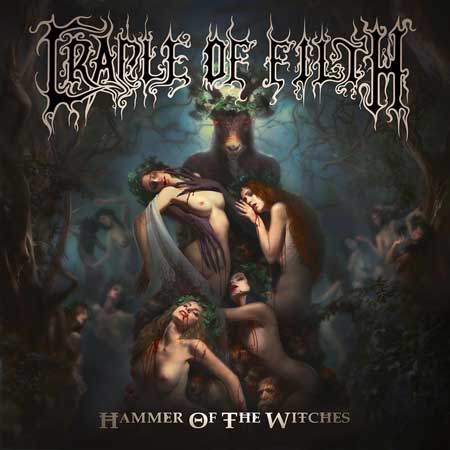 Hammer of the Witches – the band’s 11th record, and first since 2012 – continues Cradle of Filth’s grand tradition of infusing each album with a unique atmosphere and eerie orchestral overtones. Complementing the signature shrieks of Dani Filth is basically an all new lineup. Fatigued longtime members have departed, and fresh blood means a new purpose and renewed energy. The album’s title has a pretty cool meaning behind it, too; Cradle has turned the tables on the European witch hunts of centuries past, and now the witches themselves possess the hammer of vengeance. ;) For a taste of all this, you can stream the first single/music video “Right Wing of the Garden Triptych” online:youtu.be/t2Y4uZ0rnRk (censored), vimeo.com/nuclearblasteurope/coftryptich (NSFW). 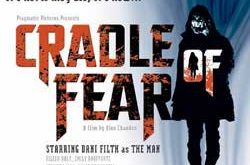