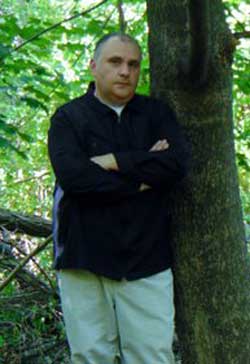 Please tell us a little about yourself and how you got into writing?

I am very proud to call Northeastern Pennsylvania my home and love to watch the seasons change with my wife, son and daughter. I am an avid fan of any sports team from Philadelphia, although we do not have much to cheer about this year. Also, if someone were press me for a confession, I would nervously admit to being a big pro wrestling fan (we all have dark, little secrets.) Should you be invited to my home, there’s a good chance that you’ll find heavy metal music on the cd changer just above the Disney Frozen soundtrack. I did mention I do have kids, right? I am also a person of faith and find comfort in the Holy Scriptures.

I suppose being a middle child I needed to find identity, so I delved full force into music and writing. Creating music was my true passion for a while and I did play bass guitar in a band for years. Having heard a song I wrote being played on a radio station was an incredible feeling and I believe it was writing lyrics, at least in part, that fueled my passion to write stories, which has in turn birthed two supernatural / paranormal / horror novels.

What can you share with us about “Walker’s Vale?”

Walker’s Vale was my first novel in the supernatural / paranormal genre. It’s the story of a man who moved his family to a seemingly quiet, God-fearing town but very quickly learns that this little town has an evil history that is repeating itself over time. Their young, autistic daughter just may be the unwilling centerpiece in a battle between the realms of the angelic and demonic. On a deeper level, the story explores faith, fear, deception, betrayal and maybe even redemption. Do “bad guys” always wear black? I think looks can be deceiving at times, especially when you’re not looking and they are! Walker’s Vale also represents a gaze into my soul because some of the paranormal events detailed in the book were inspired by my own supernatural experiences as a child. I most certainly believe in a living dimension invisible to our mere mortal eyes.

What Author/Writers have inspired you personally and professionally?

I am a huge fan of Emily Bronte and her classic novel, Wuthering Heights. Many people do not know that she was a gifted poet as well as an author. She was also a bit of a recluse and enjoyed the company of herself. I believe her and I may have that in common. The writings and teachings of early twentieth century, British evangelist Smith Wigglesworth, are also dear to me. On a more contemporary level, I love to read Flannery O’Connor, Frank Peretti, and Ted Dekker.

Would you like to see “Walker’s Vale” turned into a film?

Actually, I am so honored to say that Walker’s Vale will hit the big screen sometime in the near future. Friends, Jon Hall (Glee, Stacee Jaxx in Rock of Ages) and his wife Sharelle Hall (Sarah, Teeth & Blood, and Ms. North Hollywood 2015) happen to own Allegentsia Productions in Hollywood, California, and they will be producing the film adaptation. In fact, Walker’s Vale, the film is in pre-production right now with the script written by the very talented Paul Rose Jr. (Jimmy Vestvood: Amerikan Hero, Damn Foreigners). 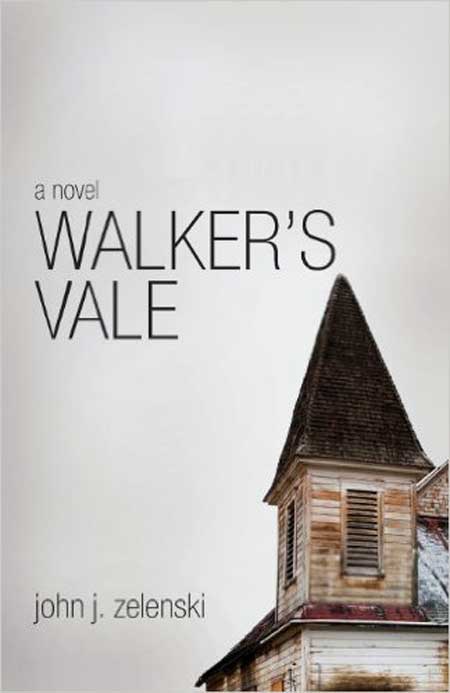 Do you have any specific writing rituals?

No, not really. I just need utter silence as I act out the sentences audibly to make sure they sound as intense as they can be. Some candy or gum and even some dry-cured meats do help to get the creative juices flowing in my brain. Oh, I do usually have some iced tea mixed with diet soda to help things go down smoothly. You know – food and drink for thought.

What are some of your favorite genre’s to write about?

I of course love to write in the supernatural / paranormal genre – I would like to think that it is my forte. I do however have a story I’m working on that is in the psychological horror genre. The mind is so powerful and such an incredible untapped resource. Exploring the outer reaches of the subconscious from a horrific point of view is definitely a journey I’d be willing to take. As odd as it may sound, I do also have a few ideas for some children’s books in the back of my mind somewhere.

Well, as I stated before, I am a believer in the unseen, having had my own supernatural experiences. Additionally, a significant percentage of Americans do claim to hold a belief in some type of supernatural or paranormal existence. That being said, I am not so much convinced as to the existence of ghosts and goblins as I am in the eternal presence of demons and angels. I believe that evil was not created, but was born out of a misrepresentation of purity. In my opinion, evil has always represented the distortion of truth. When reality becomes twisted and meaningless, there is a point where right and wrong are neither, but rather a conundrum of veiled options. I think we see that in today’s world with all of the senseless violence and murders that happen daily.

The paranormal, to me, also represents a progression of sorts. I think people are looking for something that is genuine in a world of imposters. People want to experience something that they can “see” or relate to that transcends the ordinary. I would suppose that in the spherical context of the “unseen” that would be an oxymoron. Speaking for myself however, I’ll use the example of a slasher tale. I have nothing against them personally – I enjoy them, but while scary and frightening to an extent, they hold little credible relevance to me. While reading a book or watching a film, I like to put myself in each character’s slot and find my “way out” of their extreme situations. If I can do just that then I’ve failed to make the connection. When you are up against an enemy that is unseen and cannot be defeated by convention methods, then you’ve got a problem. What do you do when you don’t know what to do? I think that is why this genre is so popular and will continue to flourish. 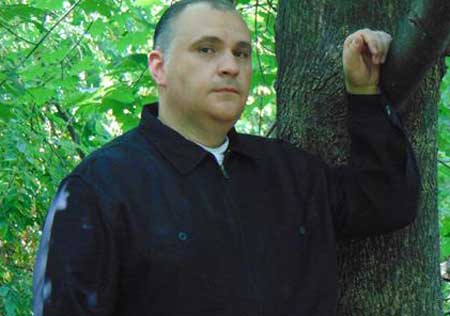 Please tell us about your next project?

While the sequel and final chapter to Walker’s Vale is written in rough draft, I continue to work on a different type of paranormal story. This one involves romance, vengeance, and transformation in a tale between the dimensions of time and space. This story is taking me to new levels I’ve haven’t yet explored and I’m enjoying being pushed into new territory. Hopefully, this manuscript will be completed next year. However, I eagerly anticipate the release of Walker’s Vale, the film and may push ahead with the sequel depending on how things progress. I suppose more bloodshot eyes will carry me into the morning light.

What advice would you offer to fellow authors/writers (current and new)?

One thing I’ve learned in my journey so far is that good things happen to good people in good time. Discouragement is common as is weariness and the temptation to quit. Circumstances will change, new ideas will come – sometimes at the most unusual of times, and perseverance is the key to success as is in all things in life. One of my favorite lyrics from a popular song says, “…time is all the Luck you need.”

You have a Blog on your site www.johnjzelenski.com/blog – Is the site the best place to stay up to date with your projects and contact you for appearances?

How do you feel social media helps Authors? Do you feel it hinders them in any way?

I think social media is an incredible platform for authors to use for promotion of themselves and their works. I think it helped to level the playing field with the massive publishing houses that used to act as gatekeepers to traditional bookstores. With e-books and digital publishing the opportunity is there for everyone if they are willing to do the work. However, as we progress to a more “unscripted” society in general both online and on different media sites, the opportunity is also there make missteps. A little tact goes a long way in the preservation of a writing career. 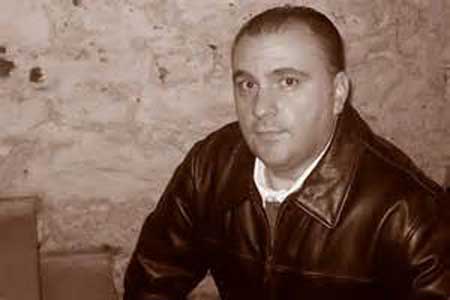 Thank you, it’s an honor and thank you for your time. Please send along press photos and any websites you would like included!

It was truly my honor to answer your questions. I thank you for giving me the opportunity and look forward to maybe working with you sometime in the future.

Here are a few photos, websites and articles if you think they may be of use to you.