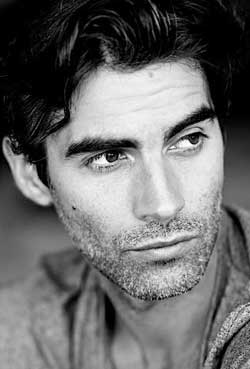 –I am the main male character of a short movie produced by THE DAVID LYNCH FOUNDATION. The movie was screened during “The Music of David Lynch” event at the Ace Hotel in Downtown between performances by Duran Duran, Moby, Flaming lips, Karen O, etc. After the event David Lynch took me to the side to tell me i was a great actor.”

First off, tell us about yourself?

Guillaume-Hi, I am a French actor/writer/director born in Cannes, France. I have an atypical background as I went from engineer to model to Filmmaker.

You are listed as a writer, director, producer, editor and more. Which would you say is the most challenging?

Guillaume-They all are different, challenging and they all need each other. Producing is probably more challenging for me as it is not as creative as the others. But I had to produce that movie, it couldn’t have been done as a typical production.

How did you manage to complete a film in 11 days? You must have had everything planned out perfectly to complete such an amazing task?!

Guillaume-Yes a lot of pre planning has been going on. But I kept some liberties for the set. Some scene were totally story boarded, others were not, on purpose or by lack of time. But going on set with no set plan can be a strength if you know your story. 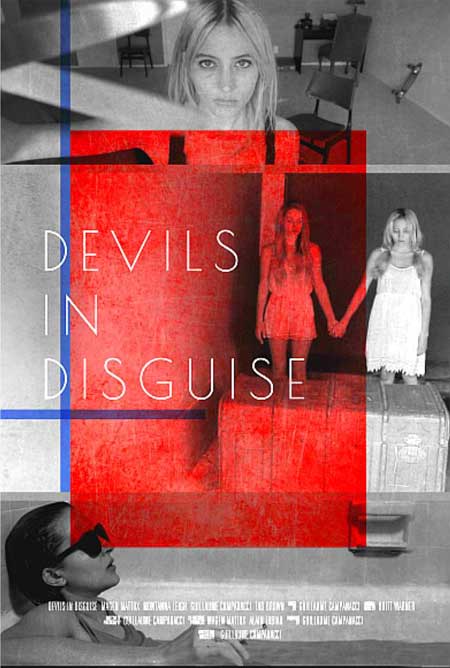 What Directors and Writers have inspired you personally?

Guillaume-Stylistically, I love the French New Wave: Godard, Truffaut, and Fincher, Winding Refn. On the way to make a movie for nothing I was inspired by Shane Carruth (Primer, Upstream Color) and Robert Rodriguez (El Mariachi). For characters, I love when they would do anything to reach their goals like Patricia Highsmith’s Talented Mr Ripley.

What can you share about DEVILS IN DISGUISE with us?

Guillaume-It is the story of Leila and Sandy, two roommates that decide to team up to get rid of Alain (Played by me) because he is abusing both of them mentally and physically. It is a psychological drama.

You have worked with the incomparable David Lynch, what was it like working with Mr. Lynch and what did you learn from him?

Guillaume-He was incredible to watch directing. He knows what he wants and he will not hesitate to shoot 80 takes to get it.

What has been the best experience about watching the premiere of DEVILS IN DISGUISE?

Guillaume-It was the exchange I had with the public after the movie during the Q and A. I wanted to make a movie that would make people think. People used to go to the movies then to cafes to discuss the movie over a coffee or a glass of wine. They asked me lots of questions.

Are you currently working on your next project?

Guillaume-I have a lot of new projects I am working on right now. Two new scripts with amazing Bosnian actress/writer/director Vedrana Egon: a genre movie that will be shot in the South of France and a beautiful drama called: “We Used To Be Young Together” that will be shot in Eastern Europe.

What advice would you give to fellow writers/directors/actors?

Guillaume-The only advices are to never give up and not to wait for somebody else to give you a chance. 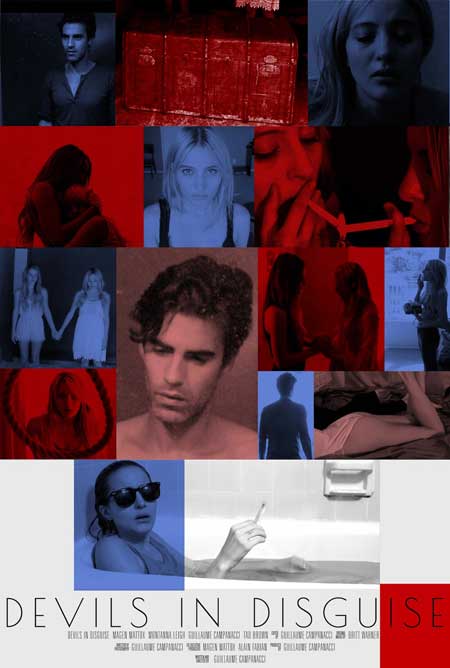 How do you feel about social media? Do you believe it helps or hinders film-makers?

Guillaume-That is a difficult one. I use social media to put the word out there about my movies, and it is a great tool. But I do not like to do it. I want to create.

Thank you so much for your time! Good luck with everything and I cannot wait to see the film!

Guillaume-Thank you so so much! Merci.