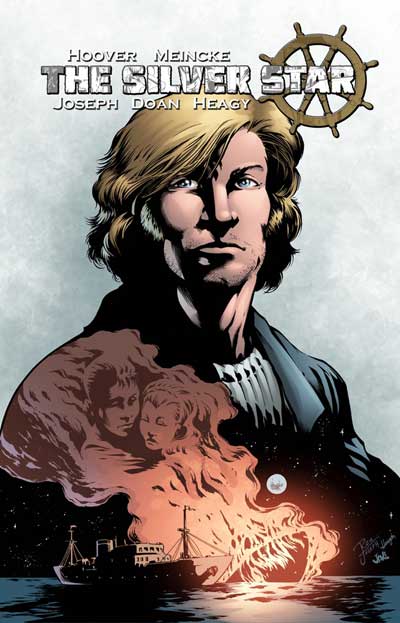 Please tell us about yourself?

Bryan- My name is Bryan Hoover and I’m a comic book writer! I live in Florida, near Daytona Beach. I’ve loved comics since I was small, and I do believe it’s my calling!

Why did you decide to make THE SILVER STAR?

Bryan – The reason i decided to make The Silver Star had nothing to do with me, truthfully. My best friend and Co-writer/creator Christian Meincke brought the idea of a ghost story, and I said, “Hey, let’s make it a comic book.” It kind of spiraled out of control from there, and now we’re here.

Would you like to see it go from a comic to a film?

Bryan- Yes absolutely! I would absolutely be delighted to see our story go from the four color comic page to the silver screen. Personally though I’d prefer it hit the television screen, I feel like you can tell a more immersive story on television with 22 hours’ worth of content rather than just 2.5 on the big screen. Either way, I’d be delighted to see it come to live action that would be amazing.

What writers inspire you?

Bryan – Lots of writers inspire me, Geoff Johns is my main influence, but then you’ve got Kevin Smith, and Alan Moore, Scott Snyder and Grant Morrison, and of course you can’t forget the father of horror himself, Mr. Stephen King.

Why did you decide to take part in KICKSTARTER and when do you hope to have THE SILVER STAR completed?

Bryan- We decided that Kickstarter would be the best option to raise the funds because we want the crowd interaction, plus there’s no way we could find the completion of the rest of the book on our own. That’s an enormous amount of money, so we need all the help we can get! With the help of our backers we’re hoping to have the book done by October or November and have the book to the fans doorstep by early 2016 (on account of printing and shipping!)

People can pledge with us here:
www.kickstarter.com/projects/159834988/the-silver-star
And the moment the kickstarter is finished is when we’ll dig in and get to work. For the moment we’re really just promoting and such!

Why is it so important to tell this story?

Bryan- I think that it’s important to tell this story because we’re telling more than just a supernatural mystery tale. We’re telling a story about a man who is beaten down constantly by a barrage of stress, strife, and life issues but all in the form of supernatural creatures. My goal is to write something that means more than just the words on a page. Maybe a lesson of something I’ve learned in the past, whether it be emotional, or romantic, or not giving up, or whatever it may be. I think that we will be writing something so much more deep than just a guy slaying monsters. 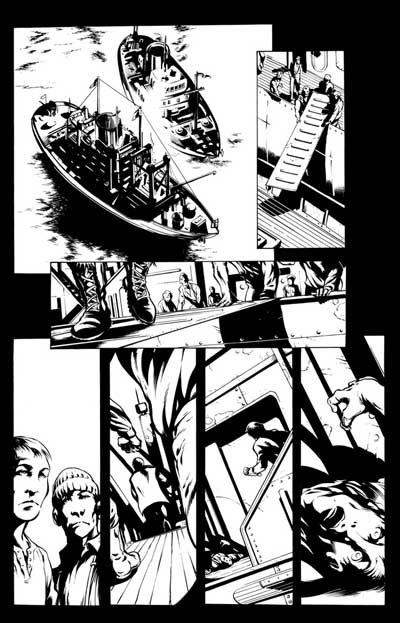 What would you like to tell future writers and directors?

Bryan – Even though it’s cliché, I would tell future writers don’t give up. Don’t quit. Keep fighting, and keep pushing, and really want it. Do whatever it takes to get yourself to where you want to be because nobody is going to waltz up to you and say, “Hey man, wanna write a script and get a million dollar movie deal?”. YOU have to want that, and YOU have to make that happen.

What is it like working together with Christian Meincke and Ron Joseph?

Bryan- Oh sheesh, working with those guys is a blast. Christian has been my best friend since high school, so it’s great to work with my best friend. Plus the man has crazy wonderful ideas. Ron is an ABSOLUTE God send! He’s brilliant! The man’s pencils are gorgeous and his ideas he brings to the table are just beyond what we could’ve asked for. Such a good guy, and I’m honored to call him a friend now. 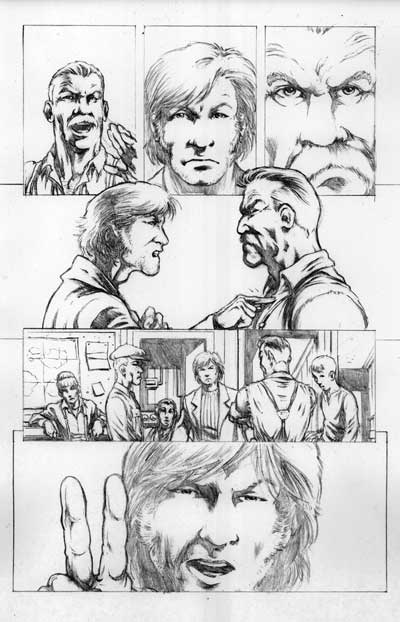 If you could be any comic book character who would you choose to be and why?

Bryan – If I could be any comic book character, I would be a Green Lantern. I think the reason why is because being able to manifest any construct with a thought is brilliant and really pushes your creativity to the max. Plus I’d be able to fly, and maybe that would help me with my fear of heights. Hah!