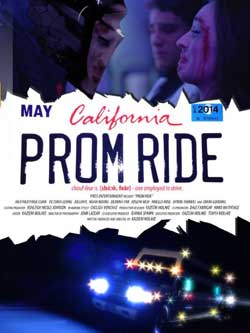 A limo taking a group of teens to the prom is hijacked by a mysterious masked man who proceeds to take them hostage and torment them in a number of ways. (Supposedly based on a true story but there is no proof anywhere to be found to back up this claim).

I’ve got to hand it to Prom Ride. It actually beat out the 2008 remake of Prom Night as the worst prom-related horror film I’ve ever seen. I hate to be so negative but there is basically nothing good about this film and watching it all the way through from beginning to end was a real challenge for me. I almost didn’t make it a couple of times but somehow I toughed it out and finished it without skipping through several scenes or just turning it off completely. It isn’t often that I just come right out and say that a movie is horrible and a complete and total waste of time, but that was definitely the case with this movie. The plot (which was some sort of weird combination of Saw, Shuttle, and the previously mentioned Prom Night remake) is ridiculously goofy, the acting is nothing short of atrocious, and the big “twist” toward the end is just painfully bad and seems to have been thrown in at the last minute because Kazeem Molake (who wrote and directed the film) seemed to think that it was a great idea (it wasn’t). I don’t want to sound harsh here, but without a doubt Prom Ride was the worst horror film (and maybe even the worst film in general) that I have seen this year. 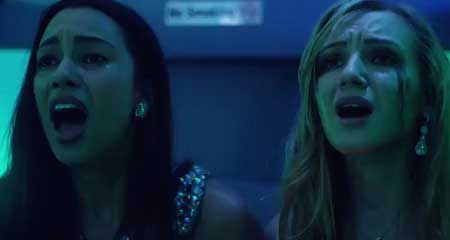 The biggest problem that I had with the movie was the fact that there wasn’t a single likable character to be found anywhere in the movie. The main group of teenagers that is kidnapped are all obnoxious and I just wanted all of them to die as soon as possible. I didn’t care about a single one of them and they were the most annoying bunch of people I’ve seen in a movie in a very long time. Every one of them were just bad clichés and I couldn’t believe how generic and unrealistic they were. Even the villain (who wore a mask that looked like the one Cobra Commander from G.I. Joe wore) was laughably terrible and even though he tried his damndest to be Jigsaw from the Saw movies he just couldn’t quite pull it off. Of course it didn’t help matters that none of the actors portraying the characters could act (honestly folks, I’ve seen better acting in car insurance commercials) but even if the people behind it had somehow gotten talented actors I still don’t think that it would have made that much of a difference due to the fact that the characters were just plain bad (and don’t even get me started on the dialogue). 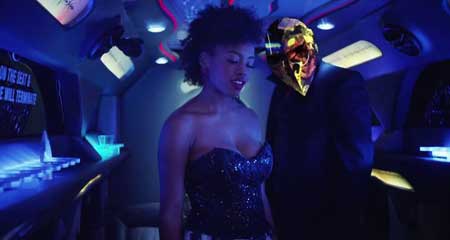 The writing was absolutely horrible too. There is some sort of half-assed love story at one point between the main character and one of the only almost tolerable characters but it just sort of gets dropped as the movie plods along. Essentially the first half of the movie is made up of scenes of the characters acting like douche bags and doing uninteresting things until they are finally abducted by the Cobra Commander guy who makes them do a bunch of Saw-like stuff before he kills them off. Before the villain makes an appearance though we are treated to a painfully bad (and forced) lesbian scene, a bit involving a prank that was totally stolen from Sleepaway Camp, and a dance number that involves some guys singing like a boy band from the late 90’s (yes, it was like I was watching Glee and the scene goes on for way too long). I don’t know what Molake was thinking when he wrote these scenes but there is no way in hell he honestly thought that they were good, did he? 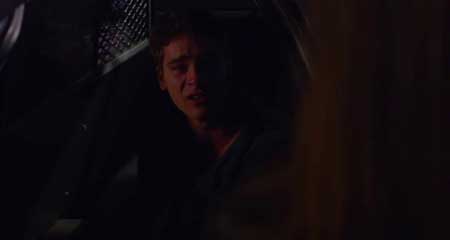 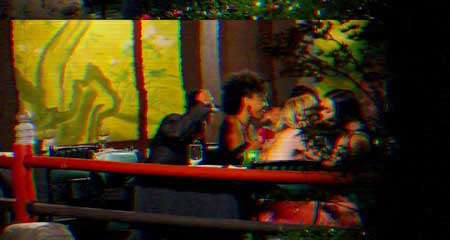 There’s this twist at one point toward the end involving one of the characters and it’s so bad that I was starting to think that M. Night Shyamalan was really behind the movie and wrote and directed it under another name. It’s quite pointless and stupid and just seems very out of place for the most part. It doesn’t work by any stretch of the imagination and once it was revealed I could just sit there and shake my head in disbelief. I’ve seen some pretty goofy twists in movies in my lifetime, but this one takes the cake as it is probably the most forced. 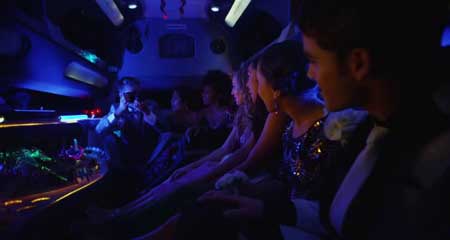 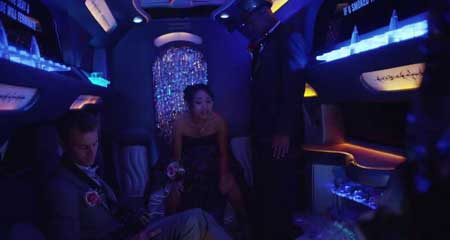 As you can tell, I didn’t enjoy Prom Ride at all. In addition to everything else I didn’t like about it that I’ve already mentioned I also wasn’t a fan of the way it was shot (sometimes it was shot like a found footage movie and sometimes it wasn’t)and thought that it got old very fast. The ending is just ridiculous (plus you can’t hear most of the dialogue that takes place during the closing moments because one of the characters has a radio blaring rap music so loud that it drowns out everything that is being said) and I don’t think we ever really find out why the bad guy felt the need to do what he did (if it was mentioned I missed it anyway). I always try to find at least one positive thing about the movies that I review but in all honesty that was an impossible task this time around as there is not one redeemable quality whatsoever about this film. Avoid it at all costs.