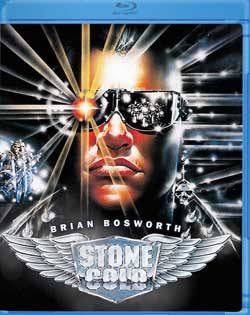 Joe Huff is a tough, go-it-alone cop with a flair for infiltrating dangerous biker gangs. The FBI blackmail Joe into an undercover operation to convict some extremely violent bikers, who are angry at the capture of their leader.

Actor Brian Bosworth and former NFL Seattle Seahawks linebacker, starred in this debut action-film intended to catapult his career in a much different direction than his NFL days. Forced to retire due to his shoulder injury, Brian was set to become the next in a lineup of Sylvester Stallone-style screen hero types. Brian surely fit the profile, though he would be trampled on by critics for his acting performance which didn’t “quite” pave the way for a glorious run of action-starred opportunities. 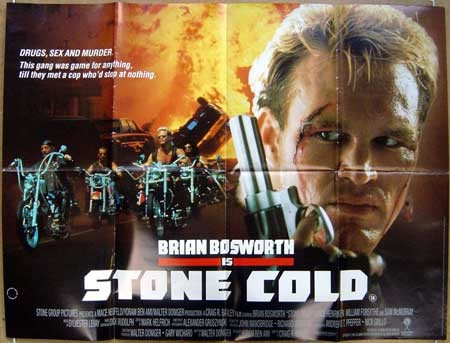 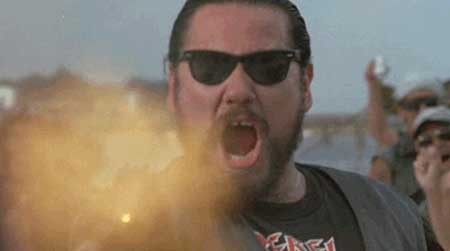 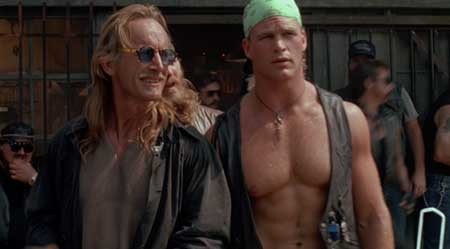 Still with that said, I felt it was a great action film with an equal share of memorable quirks. These aspects left a lasting impression and appropriately placed this particular film onto my list of “what ever happened to” movies to seek out. The film would later become “sort of” a cult film of its own right 9party due to its scarcity).

It doesn’t take too long into the film to start making jokes about the character’s stylish mullet or his rather trendy choice of outfits (I particularly like the rock-star-Michael Jackson-esque leather-ware). Though keep in mind, “mullets” were pretty “in” till around the end of the 90’s. Other moments of “snicker” include, Joe decked out in his biker wear sporting a neon bandanna and stylish leather jacket. Fashion aside………. the film is still a really great action film that delivers.

Brian Bosworth stars as Joe Huff/Joe Stone, an Alabama policeman just placed on 3 week suspension for this excessive use of force on criminals. Joe is given a chance to work with the FBI as an undercover biker in exchange for relief of his suspension (also threatening to up-it to 6 months if not). Joe is quickly placed into the bullpen of biker criminal activity working as an undercover agent tasked with discovering the truth behind the biker drug and murder ring.

The film features 2 great antagonists, Lance Henriksen as “Chains Cooper” and William Forsythe as “Ice”. The 2 of them tend to share the spotlight as they try and out-Badass the other however it is Chains who is ultimately running the show and reminding others along the way. “Stone Cold is one of actor Lance Henriksen’s better performances in my book. He plays his role as the villain quite well always making sure to leave a lasting impression with his smirks and cold stares. 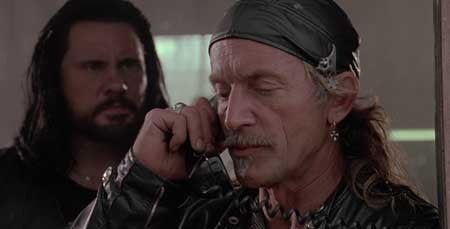 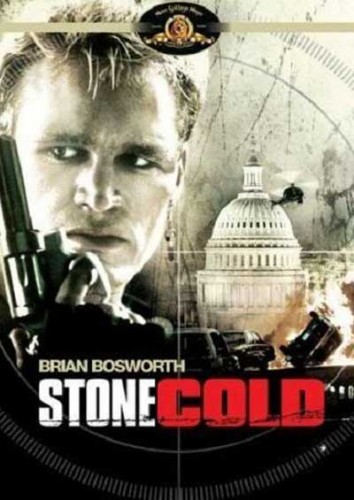 The film is centered on the biker gang “The Brotherhood”, who despite being thugs and heathens are quite involved in the underground crime scene. District Attorney Brent “The Whip” Whipperton is running a campaign that threatens to take down all biker operations (of course, not sitting well with the Brotherhood). The campaign is fueled by the arrest of one The Brotherhood gang members linked to the murder of a government official. Chains who is intent on bringing Whipperton to his knees has been planning a major takedown dubbed “D-day”, adding to the fire the slogan “Crack the Whip”.

Stone who has been tasked to join and infiltrate the gang has to pass a few act of loyally tests before being granted his colors. All the while he is kept on close lease as “Ice” suspects he may not be who he claims he is. The film centers around the gang, their way of life and the violence they are privy to on a day-to-day basis. While earning their trust, Stone begins to befriend Chains old lady Nancy (Arabella Holzbog) who he believes will act as a witness when the time comes. 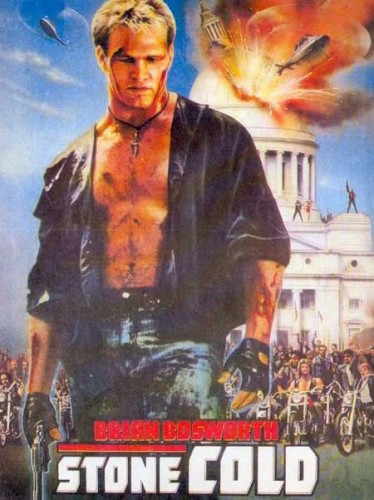 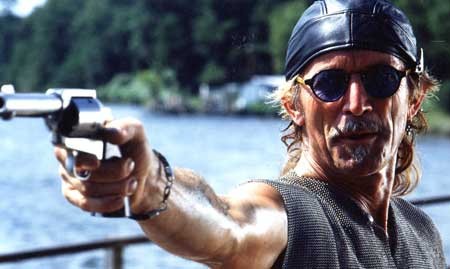 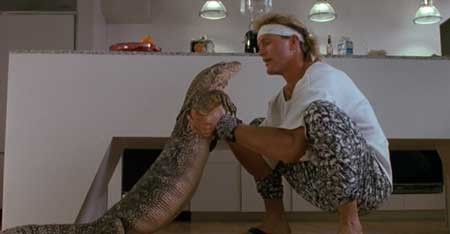 Stone must prove himself time and time again as he attempts to dig further into the gang’s master plan. As he is sent on runs he is occasionally called in to check in with his FBI partner Cunningham (Richard Gant) how is helping him organize a major sting operation.

All in all, this film is good time that holds enough meat to its bones to please any fan of biker violence and action. Bosworth may encounter some ridicule for his sometimes absurd fashion choices, however it is more indicative of the film’s release era than it was a wardrobe mishap. Brian Bosworth stills delivers the goods with a powerhouse presence, a calm demeanor, and a likeable personality. Held up against Lance Henriksen’s  always welcome performance style, “Stone cold” is a film that remains fun to watch more than once.

The film “Stone Cold” is now available on bluray release per Olive Films. While the release lacked subtitles and extras….I was still damn glad to see it hit the high definition train. Give yourself a treat and grab a copy of this one!