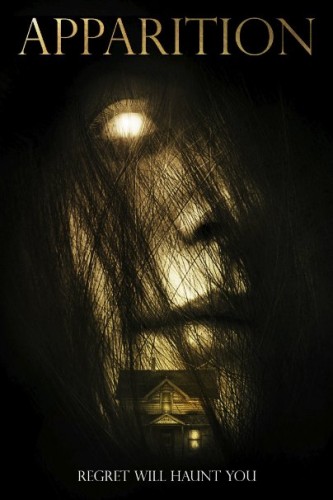 Apparition is a supernatural thriller exploring the themes of love, death, and the fragility of the mind. When Doug’s fiancee, Lori, is killed in a car accident, he retreats to their isolated farmhouse to deal with his loss. Left to grieve amid years of memories, Doug realizes he has not returned alone. As he learns the tragic history of the farmhouse, supernatural occurrences leave him fearing for his sanity, and reveal a secret Lori took with her to the grave. Struggling to determine whether what he is seeing is real, or all in his head, Doug finds solace in the company of Jamie, a local grad student. As their friendship deepens, Doug draws her with him into the horrifying events unfolding in the old farmhouse.

From time to time, a dramatic thriller, disguised as a horror film, will come along and excite fans of both genres. This happens so rarely, when it does, most of us just don’t know how to react to it. Thankfully, with the latest film carrying the word APPARITION in the title, it’s something we don’t have to worry about. It has a few good ideas but it seems as if it took two decent ideas and tried their best to stretch it out into a feature film. With such a thin premise, the inevitable happens rather quickly.

The inevitable I’m refering to is the phenomena of predictability. Within the first fifteen minutes it’s easy to see where this is all heading, we’ve been there before and it’s really not all that exciting. That’s not to say it wasn’t packaged all nice and neat with a solid cast and capable direction, to put it simply, the script was weak. 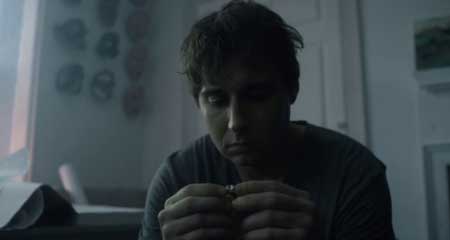 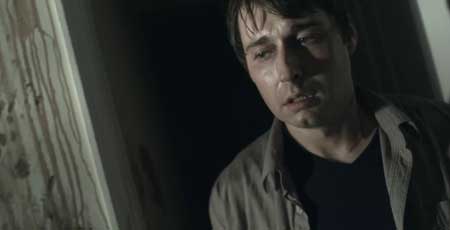 Lori (Katrina Law) and Doug (Jody Quigley) have purchased an old home with plans on making it a project and turning it into the home they’ve always dreamed of having. To put the icing on the cake, Doug decides it’s time to take things to the next level and asks for her hand in marriage. The couple couldn’t be happier and are excited to share it with their friends. They think they’re about to celebrate with a small group of friends when Lori’s ex shows up to make a scene.

Doug becomes engulfed with anger and their drive home turns into a nightmare when they’re in a car wreck and Lori loses her life. Overwrought with grief, Doug secludes himself in the newly acquired home with the intention of restoring it just like he and Lori had planned. He’s unable to let go of the guilt he’s saddled with, making it much easier for the supernatural forces lurking within the home to take control and manipulate his mind. His friends try to reach out and help him but he may be too far gone to come back. Lori’s spirit appears to be connected to the home and it’s dictating each and every decision he makes. When he does try to break free and move on with Jamie (Lili Bordan), a woman who is dealing with her own personal turmoil, her spirit is going to drag Doug deep into the darkness. 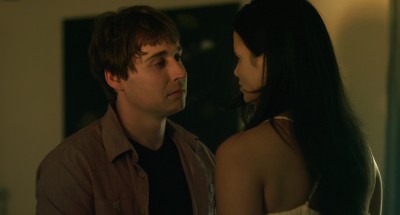 I honestly feel the only major problem the film suffers from is the lackluster and predictable script. With the exception of a few strong moments (emotional as well as horror) it just drags and repeats to create a feature. I can’t help but feel that if this had been a short or part of an anthology, it could have been far more succesful in achieving its’ goals. The film does however, succeed at capturing the depression, loneliness, and despair one may feel after losing a loved one. Jody Quigley nails these emotions and drives home his performance with conviction and and what feels like real pain. 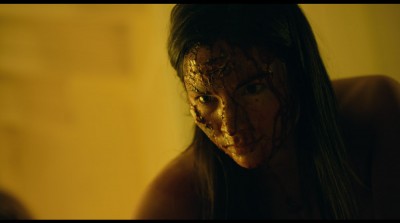 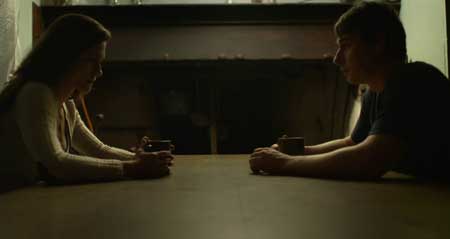 APPARITION is nothing but a huge disappoinment for horror fans. It’s a touchy subject and how the film ends up being marketed could make or break it. Quinn Saunders is a solid director and manages to make his film look stunning and captures his location with care and depth. If you want to see just how talented he is, check out his work on LUCHA UNDERGROUND for the El Rey Network, it’s amazing. There’s no way I could ever complain about performances, all three leads were fantastic and I’m sure we’ll be seeing these talented individuals popping up everwhere in the very near future. If you should decide to take this picture on, watch the first fifteen to twenty minutes then skip every other chapter. You won’t miss anything and I’m guessing this may actually help move the story along quicker (which it should have done to begin with). **1/2 out of 5 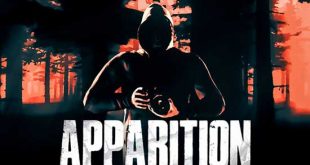 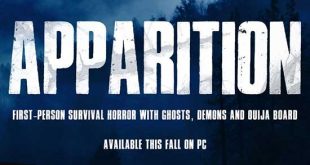 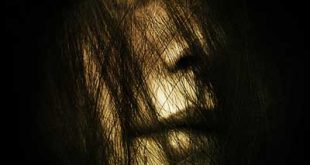 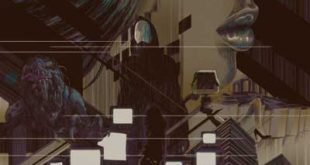 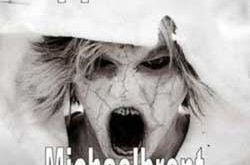