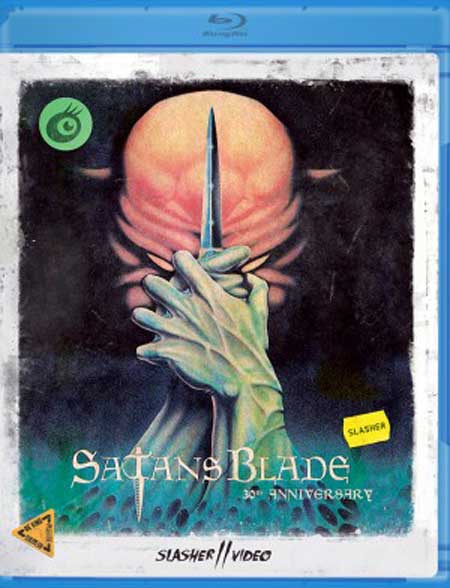 At a mountain resort, a local resident is possessed by the evil spirit of an ancient mountain man, and terrorizes a ski lodge.

Climb on board the Way Back Machine, kiddies, as we take a trip to 1984 and take a look at SATAN’S BLADE, written/directed/produced by L. Scott Castillo Jr.

According to the credits, the film was actually made in 1982 but released in the US in 1984 under MC Productions, who also hold the copyright for The Manchurian Candidate (1962). Not sure what that has to do with anything, but an interesting bit of trivia nonetheless. 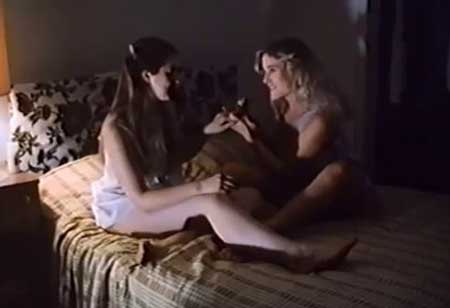 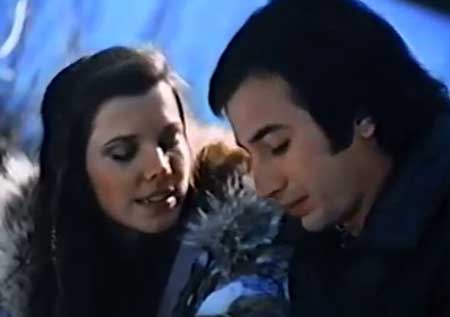 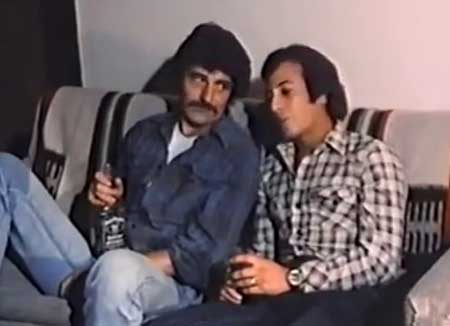 This film is a first, last, and only production for just about everyone involved, apparently shot on 35 mm and released direct to video (best I can tell). The version I watched is a direct from video transfer.

Our story begins with a bank robbery. Yup, simple as that. Trish and Ruth (Mary Seaman, Meg Greene) have just knocked off a bank, killing the tellers and hiding the money to spend later once the heat is off. Ruth decides to “cut out” her partners the old fashioned way, only to have herself cut out in the same fashion.

Then our story changes. We have two groups of people heading out to the mountains for a weekend of fun in the snow. Tony (Tom Bongiorno) has just passed the bar exam to become an attorney. Along with his wife Lil (Janeen Lowe), his best bud Al (Thomas Cue) and his wife Lisa (Elisa R. Malinovitz), Tony is off for a celebratory weekend skiing and fishing.

Meanwhile, a group of girls on their own weekend getaway are out for fun of a different sort. Everybody arrives at the resort at the same time and end up in cabins next door to each other.

The innkeeper (Richard Taecker) is dealing with the police concerning a murder that just happened…like, literally, the night before. The innkeeper’s mom (Carrol Cotion) is convinced it has to do with the legend of the Mountain Man, who doesn’t want anyone on his mountain. 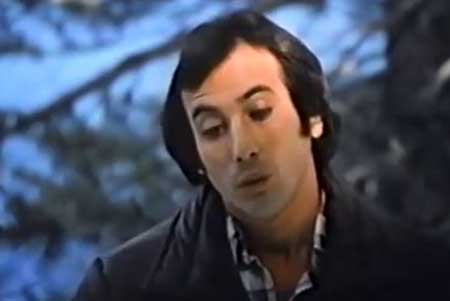 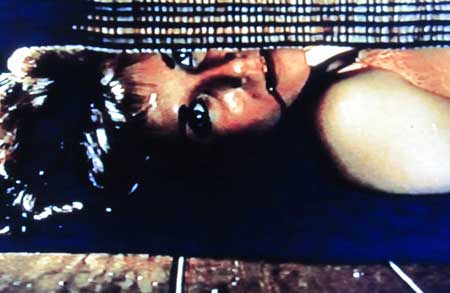 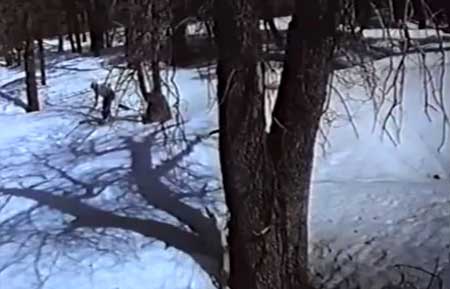 We get a great scene with mom telling the story of the mountain man legend to the guests, and everyone heads off to their respective housing.

And that’s about it….for a very long time. Drinking, drunken stupidity, married guy getting hit on, women in their underwear…all of these things happen for forever until people start disappearing. There is a great bit where the guys get drunk and decide to scare the girls next door. Frat hijinks to be certain, and kind of not to be expected of grown, married men. But still really funny.

I gotta be honest-not a great film. The acting is about on par for indies of the time period, same with the dialogue. The gore is a big disappointment, though. Lots of stage blood thrown around with no real damage on view. 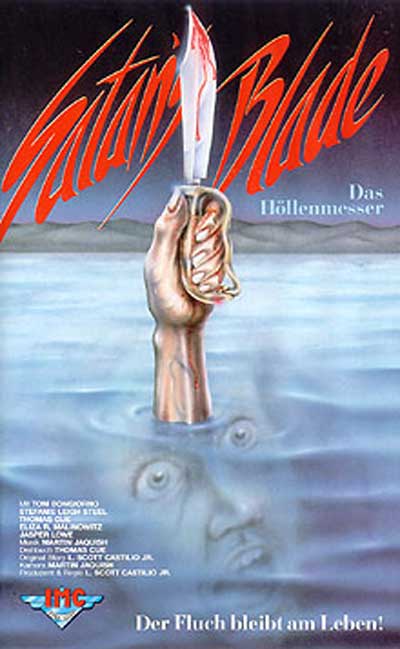 The score is laughable at best. Again, about on par with the period and the budget.

Honestly, I could say awful things about this movie all day. However, I can also say a few things positive. The cast of characters is huge, and there’s a lot to keep a track of while you wait for the good stuff to get started. This is a slasher suspense film indicative of the era in which it was made. That does not make it good or bad, it just makes it what it is.

If you can make it through all the bad audio, the lame duck acting, the poor lighting and bad film quality, there is actually some good to be seen. The story is, overall, not terrible. Certainly, films like Sleepaway Camp aren’t any worse than this film. It is, for pure nostalgia purposes, a film of it’s time and entertaining in it’s own way. By the end of the film, everything does actually make sense…sort of. 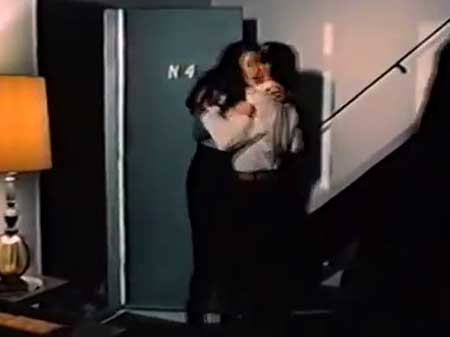 overall, I didn’t hate it. But unless you are a fan of old school low budget slasher films, this may not be the film for you. otherwise, it is a good example of the genre and the time period.

So on a scale of one to ten, ten being awesome, I’m giving this film 6 stab wounds.

Satan’s Blade is now available on bluray per Olive Films