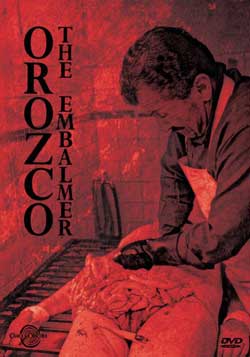 A Documentary about the grim work of an embalmer in one of the poorest and most dangerous parts in Colombia.

When we were younger, and there were such things as video rental stores, there were certain gems that we’d always see on the shelves and want to rent, solely based on the cover and whatever embellished description was written on the back. Bloodsucking Freaks was one, I Spit on Your Grave was another. And then there was Faces of Death. With promises of real death scenes (how many kids can say they’ve seen a dead body? Besides the kids in Stand By Me, of course), this movie was banned in however many countries the marketing team thought sounded extreme enough to grab you. When we watched it and saw mostly cheesy re-enacted scenes and animal killings, many of us were disappointed (and not yet mature enough to recognize how creepy it was that we were disappointed). Well, Orozco the Embalmer is a movie for all those disappointed kids who have grown up still hungry for “the real thing,” the ones who want nothing more than to be disturbed. And the odds are, they will be… 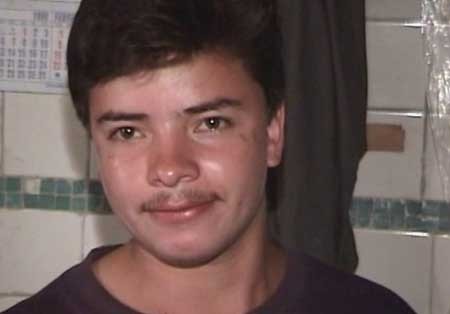 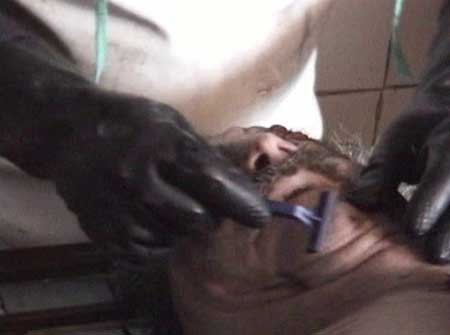 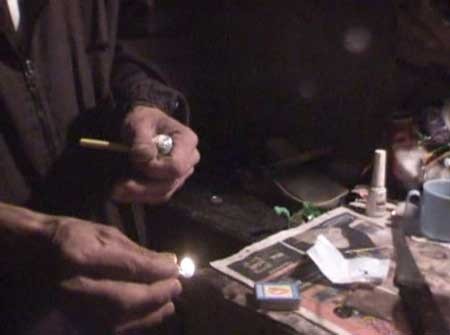 Kiyotaka Tsurisaki is a Japanese photographer, mostly focusing on the dead as his subject matter (see also Junk Films). Froilan Orozco is a veteran embalmer of bodies in a poor Colombian neighborhood. Put them together, and you’ve got the documentary Orozco the Embalmer. It’s like putting together peanut butter and chocolate, but if the chocolate was half digested and pulled directly out of the stomach of a recently deceased elderly man, and the peanut butter was fascinated by dead bodies. This documentary isn’t all just for shocks though; it’s as much about poverty and crime as it is about the process of an embalmer.

This movie is not for everybody. I try to stay away from that saying, as NO movie is for everyone, but this one really does fit the bill. These aren’t actors, and there aren’t special effects at work here. These are real dead people, men and women, old and young (as in baby young), who, no matter what happened to them in life, all end up in the same place. Orozco walks the viewer through a typical day, through the process of getting a corpse ready for its funeral. Much of this looks like something out of American Guinea Pig: Bouquet of Guts and Gore, but the big difference (aside from the question of fact or fiction) is that here, the cutting open of the body is done with love and care, not anger and hatred. But that doesn’t make it any less disturbing. 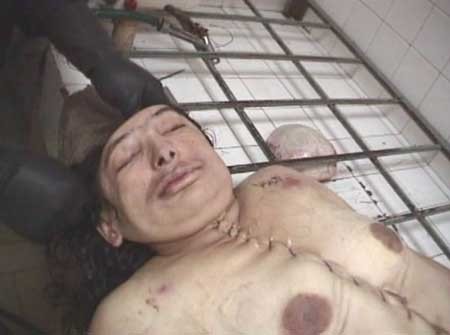 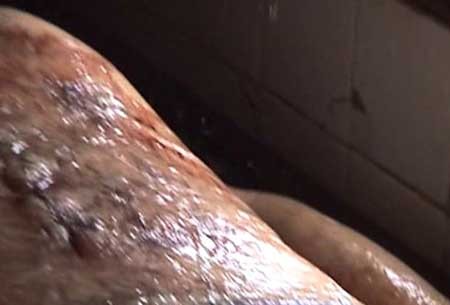 We see the filthy, run-down streets, the battered buildings, and we already have an idea of just how bad the neighborhood is. There are actual dead people in the road. An early scene shows a soldier looking at a not-so-recently dead man on the ground, a mother and daughter looking on as if it’s not the first time they’ve seen this. A crowd looks on at a dead man lying near a house. A woman lays in the road, under a dirty white sheet, blood from her head creating a wide pool around her. Death and depression are everywhere, and it’s Orozco’s job to make the corpses presentable for their funeral services. 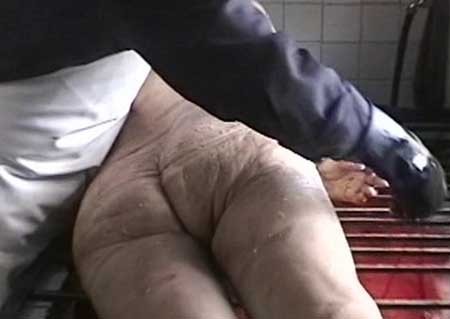 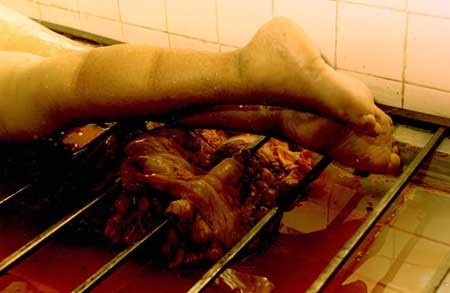 Orozco the Embalmer is shocking and disturbing, but it’s not put together just for shocks, nor just for the exploitation of it all. There is a story here, a glimmer of hope within a dark and sad place. If you just focus on the embalming, certainly it’s hard to watch. Real bodies are cut open, cotton stuffed up noses, blood drained, skin peeled back from the head. It is disturbing, primarily because we know this happens to many of us in the end, and to our loved ones. But Orozco does his job in a way that honors the poor, charging very little for his services. And that’s what you’ll see, beneath all of the blood and guts. 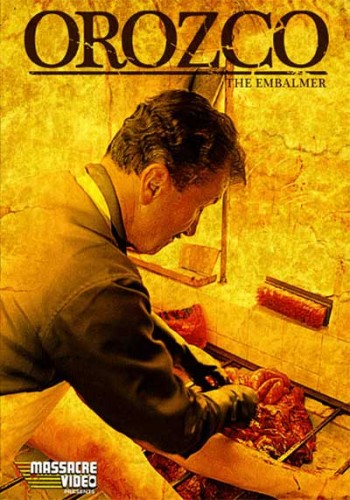 I made the comparison to Faces of Death, and there are some similarities. But while Faces… is a bunch of clips thrown together for the sole purpose of shocking you (no matter what the narrator tries to b.s. you with), Orozco the Embalmer is not titillating or disturbing only for the sake of being disturbing. It will upset you, because it’s horrible that people live in such a dangerous city without much hope for anything better. It will upset you because these are real bodies being cut open and sewn back up. But if you pay attention, you’ll get more out of it than just a few queasy moments (actually, to be honest, quite a few of those moments).