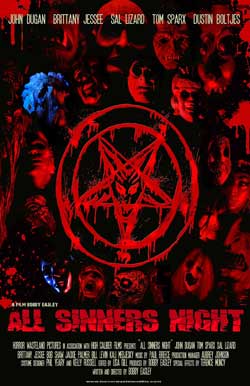 If you’ve read any of my reviews before now, you will know how much I love independant films. I think this is the most indie film I’ve received so far. No IMDB listing, and almost no information on-line anywhere about the cast and crew. I did find a bit of related information, however, that increases my love for this film.

The film was written and directed by Bobby Easley under the banner of Horror Wasteland Pictures. I found their website, listing only four other films under their umbrella, three of which directed by Mr. Easley – The Boogeyman, The River Runs Black, and this film. 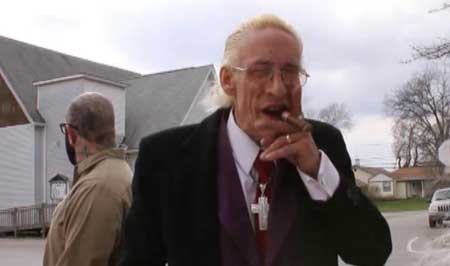 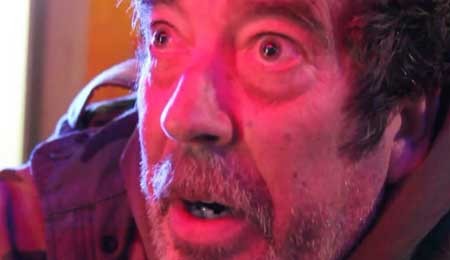 This particualr film seems to have been made in collaboration with another company called High Caliber Films, which provides music and sound production for indie films and other ventures.

The film is distributed by a company called World Wide Multi-Media, a sort of indie film publishing house that carries all genres. Mainly on-line sales from what I could tell. Reminds me a bit of what Troma used to do for small filmmakers back in the day.

ALL SINNERS NIGHT is a mystery/slasher (best description I can come up with). Our story follows Lana Williams (Brittany Jessee) as she searches for her missing brother. It’s Halloween, and it’s been a year since Daniel has been seen. Lana reaches out to investigative reporter David Shipman (Tom Sparx), whose wife unexpectedly committed suicide the same night Daniel vanished. 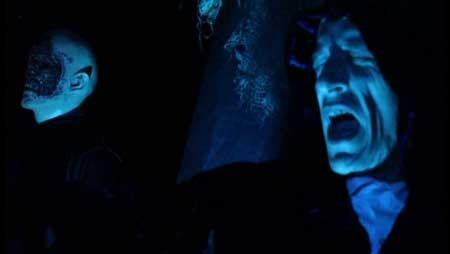 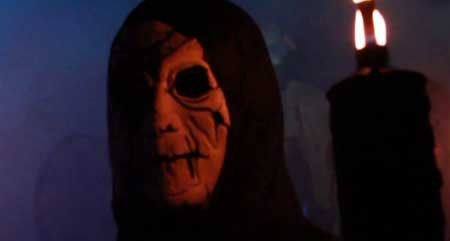 Lana has found evidence that some sort of religious cult may be responsible for both her brother’s disappearance and the suicide of David’s wife. After a bit of convincing, David agrees to accompany Lana to the small town of Taylorsville, Indiana to seek out the truth.

Along with the usual band of bizarre locals one meets in a small town (in a horror movie), they make the acquaintance of Reverand Graves (Bill Levin), a traveling evangelical preacher on a mission to save the souls of the lost. Halloween being the most evil day ever, he has brought his tent revival to town to preach the good word and defend the unsuspecting townsfolk from the evil of the holiday.

And thus the search for answers begins. But what will they find, and once the truth is out there, will they wish they hadn’t asked?

While a bit formulaic, the film is well written. The mystery unfolds as we watch, keeping the viewer guessing all the way to the end. 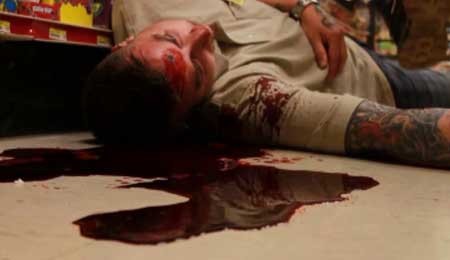 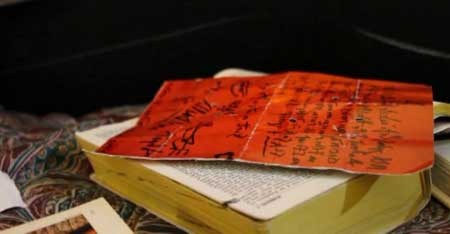 Visually, the film feels like a throwback/homage to classic psychadelia and Giallo style filmmakers, like Dario Argento and Mario Bava. Some really fun stuff going on. The opening sequence is a perfect example – we see surreal and disjointed images of a suburban street, decorated for Halloween, playing under a voice over of a desperate 911 emergency call. A very strong opening.

The sound mix is not so much, and there’s some comically awful ADR fails. But I almost wonder if the filmmaker did them on purpose in order to really mimic the 70s grindhouse style. Hard to say.

There are a few notes to make concerning the cast. Among the cast of characters in the town, we meet a blind man called Uncle Sal, played by a wonderful character actor named Sal Lizard. I worked on a film with him a few years ago, and he’s always a pleasure to watch.

There’s also a local Vietnam Vet, telling his tales in the bar. The character does not have a name, but he is played by John Dugan. Yes, you do recognize that name…..he is Grandpa in the Texas Chainsaw Massacre franchise. 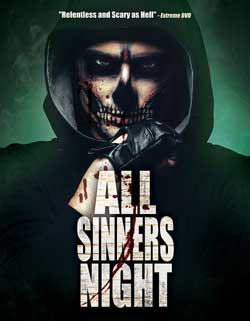 We have a brief cameo by an honest-to-goodness TV horror host called Sammy Terry, which made me very happy as I didn’t know there was such a thing as a TV horror host anymore. www.sammyterrynightmares.com

And I would be remiss if I did not give a shout-out to the biggest surprise in this cast, at least for me. The pious Reverand Graves was played by Bill Levin. My research turned up that this is, in fact, the same Bill Levin who founded the First Church of Cannibis in Indiana and ran as a libertarian candidate for the city council in 2011. Google him sometime. The guy is epic!!

There’s a lot to like about this film. It has it’s share of technical flaws, but I don’t feel that those flaws take away from the film overall. To be honest, those flaws actually give the film a character all it’s own.

So on a scale of one to ten, ten being awesome, I’m giving this film 7 devils.