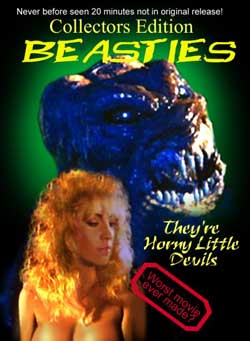 Can’t beat that with a stick, folks. 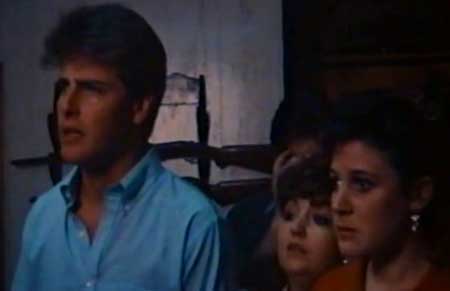 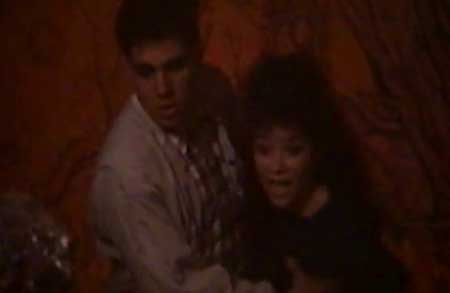 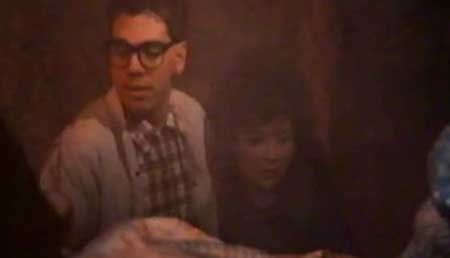 Travel back with me now to the glorious days of 1989, and today’s film selection BEASTIES. Written/directed/produced by Steven Paul Contreras (apparently his first, last, and only film), this is the story of aliens…and punk rockers…and nuclear fear….and cold war paranoia….I don’t know, man. You could find just about anything you were looking for in this film. The story is all over the place, yet somehow does come together into a (relatively) coherent narrative.

I will attempt to summarize the story for you. Not sure how successful I will be at this endevour.

The main focus is on our hero Nelson (Eric C. Bushman), nerd extraordinarre yet cool enough to be invited to a kegger (or “beer bust” in the vernacular of the day) and for a girlfriend. Meeting up in the woods with other “cool kids”, they discover a spaceship. Seems to be alive, and it’s spawning little saw-toothed things that are all over the town.

Meanwhile, there is a gang of leather punks, led by a guy with the awesome name “Hammerhead” (Eric DelaBarre). He answers to no one, except the one guy freakier than him. This guy is called Osires (Hector Yanez), and is apparently the living embodiement of all evil. Or something. I don’t know.

Anyway, our hero Nelson is determined to take samples from the living space ship to a Professor Rollins (or maybe Rawlings). Kind of like Doctor Scott in Rocky Horror, he is Nelson’s mentor and would certainly know what to do.

Meanwhile, Osires has sent his punk rock minions out to find Nelson, as he is the one person on Earth who can put an end to his wonderful wickedness.

Everybody with me so far? 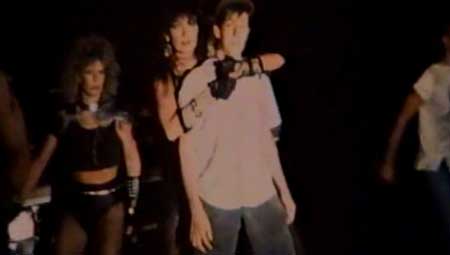 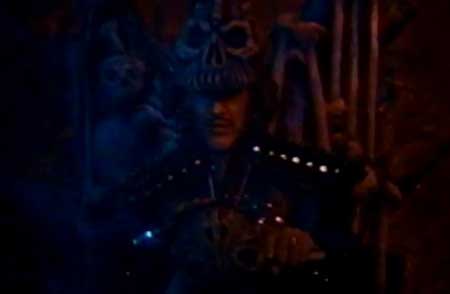 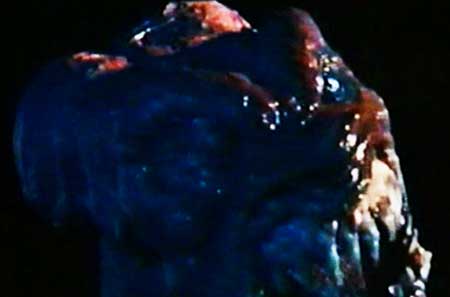 And just to make things a bit more interesting, there are several characters (who have nothing to do with anything) wandering around the woods, apparently looking for the same party. A kegger, by the way, that doesn’t even seem to be happening…at least not in the woods.

i love watching films from back in the day, and not because they are great. It’s all about seeing the cast and realizing what amazing stuff they went on to do after whatever atrocity they made when they were young.

There is a character called Frankie in this film. He doesn’t last long. But he’s played by Tony Jay. Now if that name seems familiar to you, it should. Because if you’ve ever watched Darkwing Duck, 2 Stupid Dogs, Mighty Max, Skeleton Warriors, Captain Planet, TMNT, Reboot, or pretty much any other animated show put out in the 1990s, then you’ve heard this man’s voice.

He’s not the only one, either. Nelson’s girlfriend Laura is played by Denise Mora. She was a recurring voice talent on the original Transformers animated series back in the mid-eighties.

One of the scary punk rock broads was played by Deborah Yates, who played a recurring character on AS THE WORLD TURNS in the early 2000s.

oh, and our boy Hammerhead? You might not recognize him in this film, but he has appeared as recurring characters in Law and Order and South Beach.

In one scene, the punks are in a nightclub with a live band playing. This is some trivia that might not mean anything to some of you, but the band playing is credited as The Shroudettes. This was actually a very early incarnation of the Goth band The Shroud. In fact, the song they are performing is called “Kiss of Death”, which they later recorded.

I’m sure they are all so proud of the work they did on this masterpiece of horror. Everything about this film screams the time period it was made in, and honestly…I don’t know that it was all that good back then. But while I may (or may not) have hated this thing if I had seen it then, now I can give it so much love for nostalgia reasons, if nothing else.

The aliens/monsters/whatever are very much of their time, but actually not too bad. Everything is filmed in low light, so a lot of the movie is really dark. Very forgiving for props and effects.

If for no other reason, this thing is worth watching for a damn good, deep down belly laugh. Followed by several shots of liquor because of how damn old you feel.

So on a scale of one to ten, ten being awesome, I’m giving this film 5 saw-toothed things.