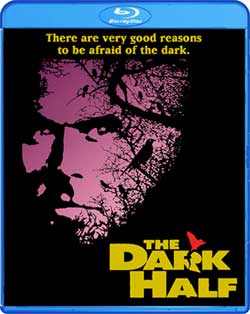 A writer is being haunted by a man who he thought was only in his imagination; however, this man could be something so much worse.

Based on the novel The Dark Half written by Stephen King, this movie opens in 1968 as we see a young boy named Thad Beaumont writing what he wants to be his first novel. Using pencil to paper we see him churning out words that slowly become incoherent scribbling and he has a seizure. Later, we see him again writing, only this time he is using a typewriter. His mother shoos him off to catch the bus to school, when he collapses in the yard.

After seeing something strange on an X-ray, doctors decide to open Thad up and see what’s going on with his brain. They discover something frightening when a large cloudy eye opens up in Thad’s brain. This, the doctors decide, is a twin that Thad’s body absorbed while in the womb. They treat this as a tumor and all is well. 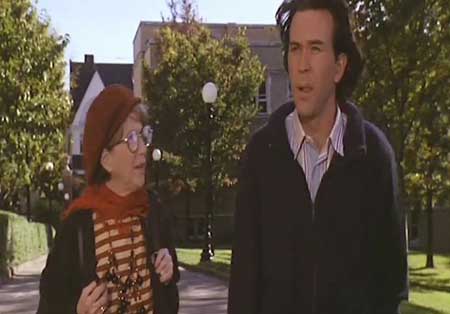 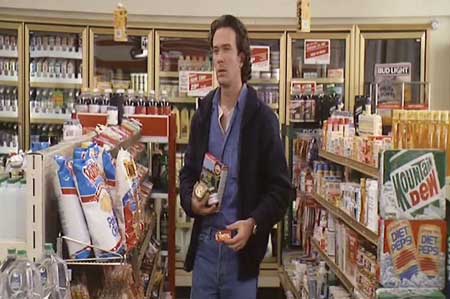 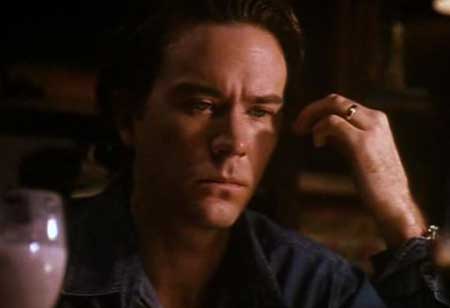 Flash forward several years and Thad (Timothy Hutton) is teaching a creative writing class. He’s not as successful a writer as he has been in the past but he seems happy with his life.   Happy until he’s confronted by a man who apparently knows a secret and threatens to expose Thad. It seems that Thad had written a novel under the name George Stark but kept that a secret. Now, threatened to be exposed to the public, Thad and his wife Liz (Amy Madigan) decide to “put to rest” the fictitious George Stark even going as far as having George buried in a hometown cemetery.

This is where a series of murders begin happening and investigating Sheriff Alan Pangborn (Michael Rooker) begins questioning Beaumont for his connection to the murders. Is Thad committing the murders? Or is he being set up by someone claiming to be George Stark? 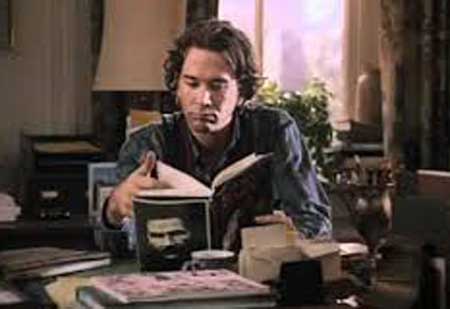 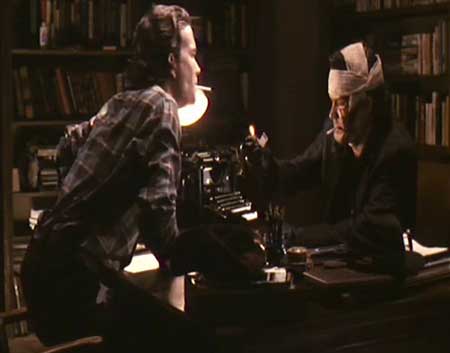 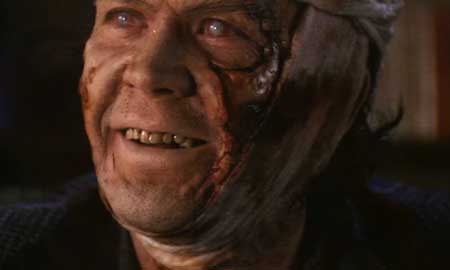 This movie combines two power house story tellers in Stephen King and George Romero. This duo was a force to be reckoned with when they brought us Creepshow back in 1982 so how could they go wrong collaborating again with The Dark Half. In two words; they didn’t. This is one of the few stories by King that transitioned very well to screen. They kept almost entirely true to the book which was a great read. Timothy Hutton was great as Thad and George Stark playing both the victim and the villain. Michael Rooker, normally known playing the bad guy (see Henry: Portrait of a Serial Killer, Slither, and The Walking Dead) plays the good guy Sherriff Pangborn and tries to piece together the mysterious murders that are happening. With all the evidence pointing to Thad, he desperately tries to believe Thad’s stories of what is going on. Romero weaves together a good murder mystery showing off great direction as Thad goes from innocent author one moment to evil killer the next.   Amy Madigan playing the wife, Liz, shows good emotion watching as her life comes undone not knowing who her husband truly is.

While this may not be a horror film per se, it does fit the role of a psychological thriller very nicely. You can see King’s influence in the film as well. We have the distraught author which is obviously in regards to King’s own life before giving up alcohol. Even at the beginning of the film, young Thad is writing a story titled Here There Be Tygers which is an actual title of a short story by Stephen King from his Skeleton Crew anthology (one of my personal favorites). 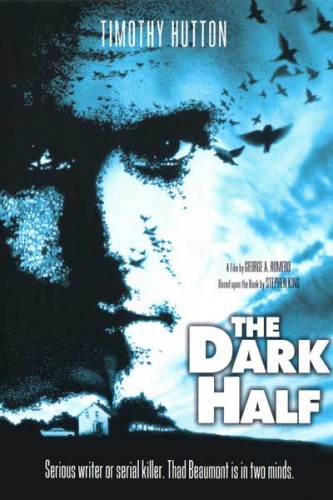 I find most of the theatrical movies based on King’s works to be consistently missing major parts of his novels; The Dark Half succeeds in capturing the novel in near completion.   A great movie by two outstanding storytellers.