Reality TV – sucks doesn’t it? A once great notion has been driven into the ground and at least one person is sick and tired of stupid people getting famous – that would be the L.A. Slasher.

Director Michael Owen has crafted a little tale that goes like this:

“Incensed by the tabloid culture which celebrates it, the L.A. Slasher publicly abducts a series of reality TV stars, while the media and general public in turn begin to question if society is better off without them. A biting, social satire about reality TV and the glorification of people who are famous for simply being famous, “L.A. Slasher” explores why it has become acceptable and even admirable for people to become influential and wealthy based on no merit or talent – purely through notoriety achieved through shameful behavior.”

Starring Mischa Barton, Dave Bautista, Danny Trejo, Eric Roberts, Brooke Hogan and Drake Bell – this one has yet to land US distribution but this nice little trailer that was just released should help move that process along a bit. Check it out and let me know what you think: 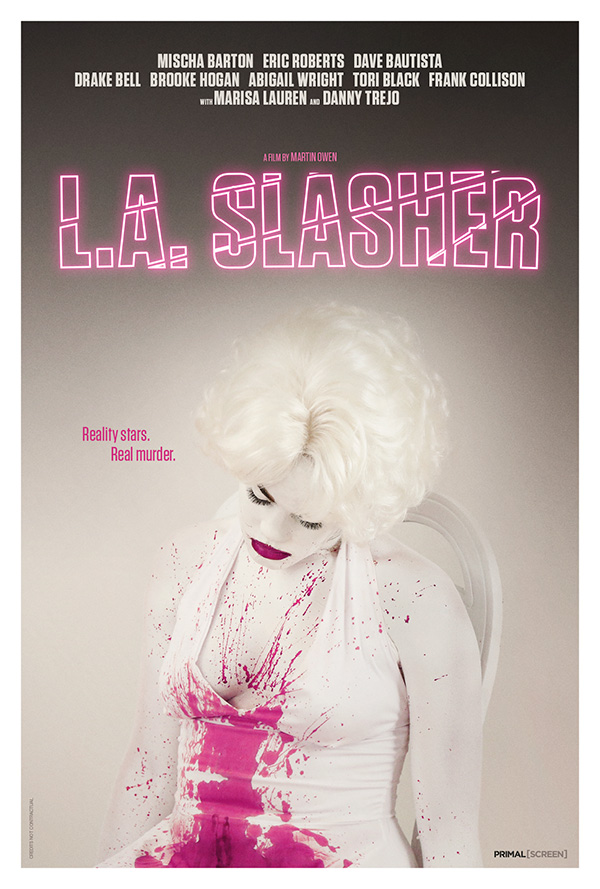