Con 70 A Retro Sci-Fi Adventure is an independently run, one-of-a-kind, non-profit science fiction convention that will be held on March 7th to the 9th 2015 in Melbourne, Australia. The aim of the convention is to provide an opportunity for fans to come together and relive the joys of seventies science fiction movies and television shows over a three-day long weekend. Our belief is that Con 70 is the first convention of its type in Australia (maybe even globally) so it will be a very special and unique event. We’ll also be keen to prove that the seventies are still alive in the minds of many. So what exciting things will Con 70 have on offer? If you ever wanted to relish the era that was the seventies then this is the event for you! Just check what we have in store: 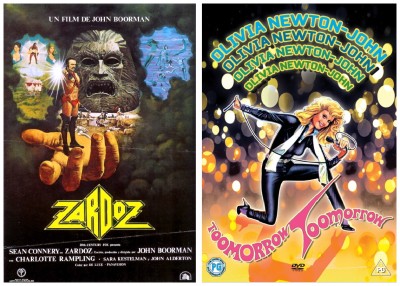 After the glorious success that was Con 9 From Outer Space, ideas were quickly tossed around for a follow-up convention when Russell Devlin (the convenor of Con 9) suggested an event devoted to seventies science fiction called Con 70 A Retro Sci-Fi Adventure. Now Con 70 could easily have become Con 80 as that decade produced some equally great science fiction too, but seventies sci-fi was particularly groundbreaking as it was the era where the first of many franchises commenced, such as Star Wars, Star Trek, Superman, Alien, Battlestar Galactica, Mad Max and so on. It was also the decade where many famous sci-fi television shows were screened, including Buck Rogers In The 25th Century, Space 1999, Blake’s Seven, Battlestar Galactica and the most famous years of Doctor Who. 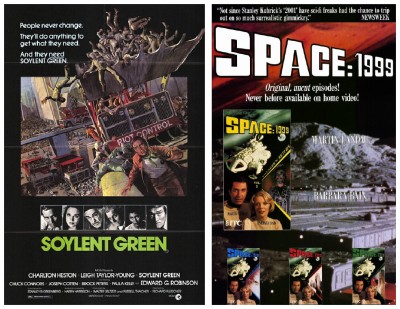 Another key attraction for the seventies is that during the early part of the decade science fiction was presented as a very bleak genre with a host of depressing movies showing the Earth on a path to self destruction through nuclear war, overpopulation and disease. Yet by the end of the decade sci-fi had done a complete about-face and aside from being extremely popular, it also presented a much more optimistic view of the future which had only begun to take hold. From a practical point of view, we realised after Con 9 that there was definitely a place in the fan community for a non-commercialised science fiction media convention that people were happy to attend, even if we didn’t have any overseas actors signing autographs or taking photos. Considering people were still talking about Con 9 a full year after it was held, we decided to launch Con 70 A Retro Sci-Fi Adventure so we could once again re-live the joy of a traditional style convention the way they were meant to be – by the fans for the fans. 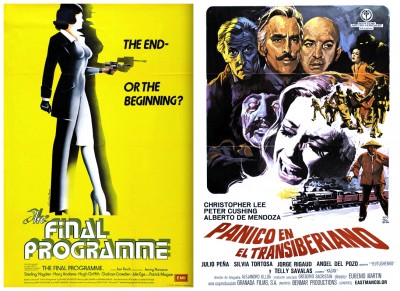 Con 70 A Retro Sci-Fi Adventure is being run by volunteers which means we’re always on the lookout for anyone else who wants to give us a hand during the convention. We mainly need people to assist in the setup on Friday night (March 6th), the actual convention itself, and the packing up at the end (March 9th). All volunteers receive a special certificate of thanks that you can hang on your wall along with our eternal gratitude. If you’re interested in volunteering your time at Con 70 then just let us know and we’ll pass your details onto our volunteer coordinator. One of things we strive for in our conventions is to showcase knowledgeable presenters on our panels. In fact our programme features a wide range of topics covering all aspects of seventies sci-fi, so if you would like to be a presenter on any of these panels then just let us know and we’ll pass on your details to our programmer. From our perspective we know that many fans have a lot of knowledge about the subjects in the programme, so here’s your chance to share all that information inside your head with the world. 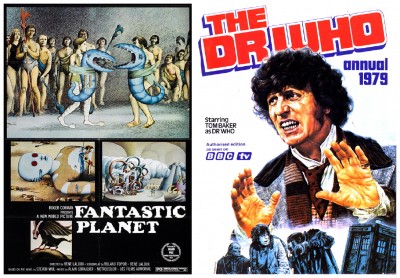 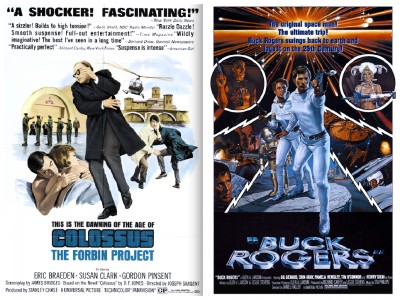 Con 70 A Retro Sci-Fi Adventure is being run by a group of volunteers who have been involved in the local science fiction fan community for over thirty years in some cases. Between us we have been committee members for over twenty sci-fi conventions since the eighties including Worldcons, Nat-Media cons, relaxacons and genre specific cons, not to mention a long list of convention banquets and gala dinner dances. Furthermore, nearly all of us have been on the committee for a local sci-fi fan club in our time and some are still heavily involved in running these clubs. Because of our long history and great camaraderie we actually don’t class ourselves as a committee, instead we prefer to call ourselves a team. As a team clearly our biggest achievement was Con 9 From Outer Space held in July 2012 and based on the success of this event we firmly believe that our track record in putting on a good show for Con 70 has well and truly proven itself. 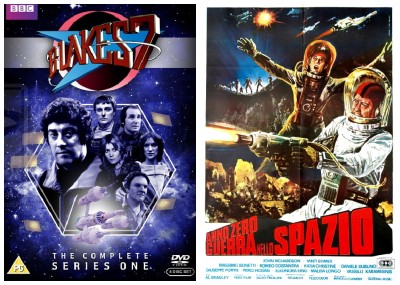 Con 70 will be held at the Amora Hotel Riverwalk at 649 Bridge Road in Richmond, Victoria, Australia. The Amora Hotel Riverwalk has easy access to public transport, parking, heaps of shops and even has some wonderful parkland right next door! What better place to relish those classic sci-fi memories. On top of this the city of Melbourne is only a few minutes tram ride down the road. Accommodation at the Amora Hotel is definitely available for Con 70 members. When making a booking, just mention that you are attending the convention. The Amora can be contacted at 61 3 9246 1200. Unlike modern commercial conventions (known as ProCons) who operate like a business, Con 70 is a self-funded event where the financial profits – if any – won’t go into the pockets of the organisers. Our aim is only to cover costs. Traditionally non-profit conventions would hand over any excess monies to a nominated charity or use it as a rollover fund for another convention. 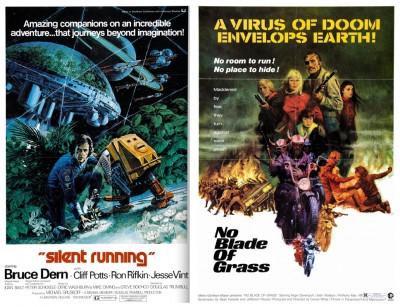 Either way, none of the organisers profit financially from the event. Why would anyone run a convention that makes no money? The answer to this is simple – for the sheer enjoyment of it. Fan-run media conventions like Con 70 (and Con 9 From Outer Space before it) no longer exist in this modern era, so unfortunately many people have never actually experienced a traditional science fiction convention before. This is why Con 9 was regarded so highly by those who attended, including those who heard about it afterwards, and why people were still speaking about the event a year after it was held. From our perspective we just want to enjoy classic media conventions the way they used to be with panels, discussions and with genuine passion for the subject matter. This is why we like to say Con 70 is by the fans for the fans, because everyone can enjoy the convention on the same equal level. Over twenty years ago conventions in Melbourne were lucky to have three or four actors appear in a year and getting them to attend at all was a very special privilege. These days that number has swelled to several dozen so the market is now diluted with celebrities, as a consequence a single actor may not necessarily have the same crowd-pulling power they once did. 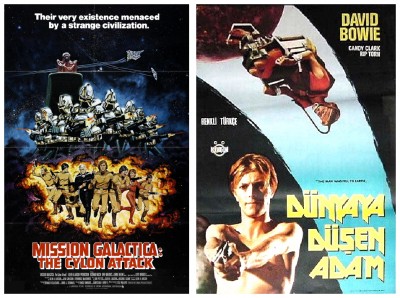 As a non-profit event we simply can’t compete against the Pop Culture Expos or the ProCons so our preference is to focus our energy squarely on our unique and varied programming/atmosphere which you don’t find at the commercial events. Having said that, if a suitable guest happens to come our way then we would certainly look at including them, but it’s not something we plan to actively pursue. Plus as we proved with Con 9, you don’t always need the appearance of a television or movie actor to run a successful event. With Con 70 A Retro Sci-Fi Adventure taking place over a long weekend you make ask yourself “What will I do in those three days?” As organisers our task is to provide the entertainment but what you do with your time and how you enjoy it is entirely up to you. Historically conventions were a fantastic place to meet new people, make new friends and be the only place where you could immerse yourself in the realm of science fiction for a couple of days and leave the real world and its troubles behind. On day one you’ll probably spend your time just working out what’s what and who’s who. By day two and three faces will become familiar, conversations will start up and before you know it new friendships will begin to form. 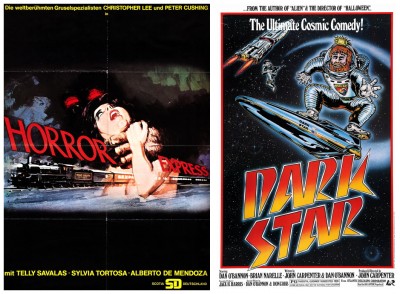 Finally at the end of the convention you’ll understand why these events are so special and why some people are prepared to travel interstate or overseas just to attend them. You’ll also get to appreciate why conventions of this nature are remembered decades after they were held. If traditional fan based conventions like Con 9 and Con 70 are so wonderful then why aren’t there more of them? Despite the fun and entertainment they bring to fans, traditional conventions aren’t always guaranteed to be successful – which for a non-profit, all volunteer event is a critical requirement. In the case of Con 70, we are staffed by a team of a dozen passionate volunteers who will remain a part of the organising team for a year and a half just planning and getting things ready. Also with so many Pop Culture Expos and ProCons operating today, it’s a lot harder to find a place in the market especially when so much focus is given to the appearance of celebrities and actors. This is particularly relevant when you consider just how small Con 70 is compared to these large high budget events. If you have any questions or suggestions please head over to the Con 70 website at www.con70.com and I look forward to seeing you there! Toodles! 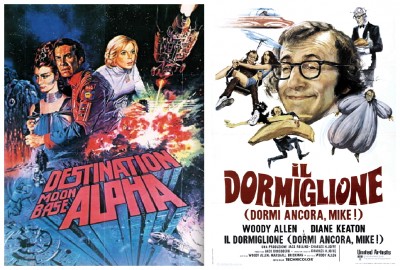