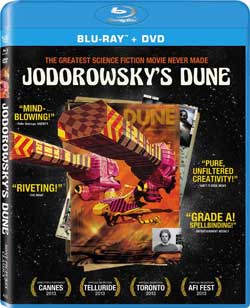 Dune is a complicated film that arrived in 1984 under the direction of visionary David Lynch. Even under his masterful direction, the film was still regarded as great science fiction that was perhaps too deep for most consumer viewers. By many accounts it was deemed a failure. 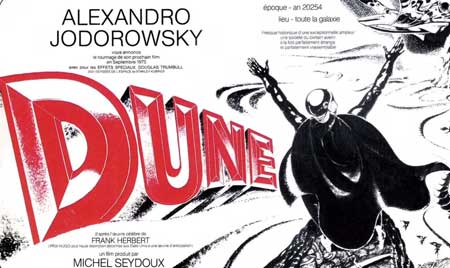 I was more than intrigued when I caught word that the film was originally planned to be presented and created under the vision of surreal filmmaker Alejandro Jodorowsky, a cult film master who had more than earned his reputation for creating films of intense visual and metaphorical detail. The release under review is actually a new release by the name of “Jodorowsky’s Dune” which is directed by Frank Pavich detailing the 1975 tale of Alejandro Jodorowsky’s ambitious attempt at bring the classic novel to life.

The story goes that the film ultimately went to David Lynch…however there is more to the story that needed to be told. Namely the creative work that went into the version of the film that never came to light…… if only, I had to ask myself…what would this product look like. 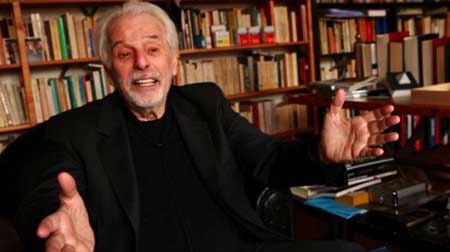 As a fan of both directors David Lynch and Alejandro Jodorowsky, I might have been asking myself the reverse if Jodorowsky had been granted his vision of the film.

The documentary “Jodorowsky’s Dune” is a film about the film that never was, however it also is a great general interview film about the mind of Alejandro Jodorowsky himself. We are given an introduction into his works for those who haven’t experienced this man’s movie collection. With only a handful of films under his belt, it would still be enough to lay the lasting reputation for him as one of the industry’s most inventive minds.

Having spent over 2 years in the planning and production design to present his version of what the film should be, would be embraced and discarded all in the same breath. The work that went into the preparation of his vision would prove to be inspiring and innovative beyond its time. 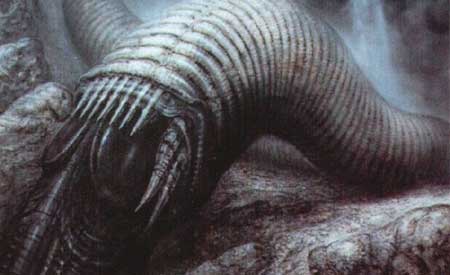 Though it was the fear by the industry of Alejandro Jodorowsky that would ultimately work against its realization. Alejandro Jodorowsky would assemble a dream team that consisted of actors Orson Welles, Mick Jagger and artist Dali. H.R Giger, Ross, Moebius, and Dan O’Bannon would be the founding creative team assembled for the film.

They would provide the visual and conceptual base for what the director would call a living dream realized on film. Requesting a condensation of 90 minutes and the studio’s fear of how consumers would react to his surrealist offbeat style would be the showstopper that prevented the team from getting the 15 million they would need to bring this film to life. This documentary details the work, the imagination and the base for inspiration that would never see the light of day. The documentary even goes as far as to present clips from future films that seemingly appear to have borrowed portions from Alejandro Jodorowsky’s vision. 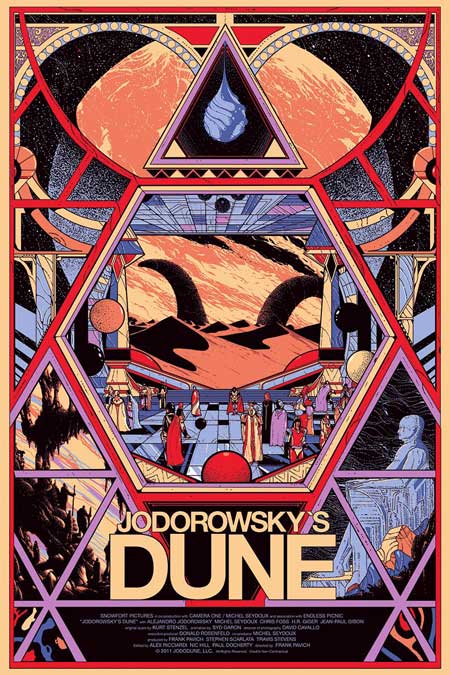 Jodorowsky’s Dune would also gain recognition for its proposed soundtrack which would have consisted of the works of Pink Floyd and Magma among other artists considered for the films score and background tracks.

We learn about Jodorowsky’s son, Brontis scheduled to play one of the films characters who would train to be a warrior with a weekly regiment of 6 hours a day, 7 days a week in various forms of martial arts. 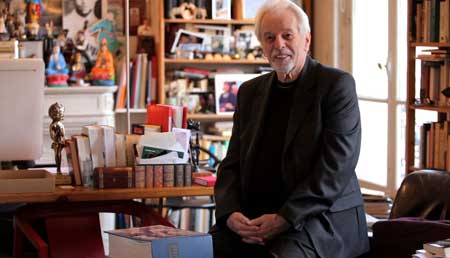 The documentary “Jodorowsky’s Dune” is a a compelling behind the scenes look into what happened to a project that could have set the standards for science fiction for its time. Per use of story boards we get short animated pieces of segments planned for the film’s production. Costumes proposed are seen in their sketch and illustrated form presented from a rare Dune book that also is limited to a coupe of known prints. The final presentation of this documentary provides a fascinating look at what is called one of the greatest missed opportunities in science fiction. The movie is highly recommended to fans of science fiction, historians and those with surrealist interest.

Jodorowsky’s Dune is now available on bluray per Sony Entertainment