A documentary following the final days of one of the world’s greatest artists whose nightmarish visions fueled one of Hollywood’s best and most lucrative franchises and catapulted him into immortality.

“The dark corners of the human mind are the deepest dark, I believe, of anything in the universe,” once said author, playwright, producer, and director Arch Oboler in describing his infamous radio plays of the 1930s and 1940s which aired on NBC under the title of Lights Out! It is no secret that some of the world’s most well-known artists, everyone from author Edgar Allan Poe to film director Dario Argento, have channeled nightmarish experiences from their childhood and woven them into the very fabric of their stories and films.

The late great surrealist Swiss artist Hans Rudolf Giger, known internationally as H.R. Giger, also sublimated his fears and frustrations into startling and often horrific imagery that coupled man with machinery as he explored the triptych of existence: birth, life, and death. Audiences are taken behind the scenes of this master painter in the elegiac final days of his life in Belinda Sallin’s film Dark Star: H.R. Giger’s World (2015). Although a documentary, Passagen, was made about his work in 1972 by Fredi M. Murer, Dark Star showcases interviews with the people closest to this man who shunned the limelight and preferred to paint on his own terms.

Härr Giger passed away in May 2014 at age 74, just after filming finished, succumbing to injuries sustained from falling on a flight of stairs. The film does an expert job of taking us through his life as he imparts interesting anecdotes, such as showing us a skull that his father gave him as a boy, which frightened him until he found a way to overcome his fear. This skull indubitably played a huge roll in his life and work. He meets with friends and family who are lucky enough to spend their time with him. Much of the dialog is spoken in Swiss German and subtitles are provided.

Dark Star opens with placid and calm shots of the artist’s house in Zürich, Switzerland. The camera pans around the grounds and above the abode and the trees until it zeros in on the front door and, in a maneuver eerily reminiscent of Dorothy Gale’s journey from black and white into Technicolor in The Wizard of Oz (1939), the door opens to reveal this dark world of surrealistic paintings. These unbelievable images, which exist in the form of finished paintings as well as macabre sculptures, date back to the 1960’s. Like most artists, images and emotions fueled Härr Giger’s work, and he had his own method of painting which incorporated air brushing while listening to Emerson, Lake and Palmer. Not surprisingly, childhood experiences factored greatly as a catalyst for his disturbing imagery. A trip to the Raetian Museum in Chur, Switzerland as a young lad was particularly frightening when he saw a mummy for the first time.

His tumultuous relationship with actress and model Li Tobler, whom he was with from 1966 until her suicide in 1975, figures prominently in many of the works that populate his Necronomicon books. Härr Giger, enfeebled and walking with a cautious gait, speaks eloquently about the loss of Frau Tobler who shot herself to death at age 27 after suffering for years from severe depression. Her death left Härr Giger devastated and provided fuel for his future work.

Following this tragedy, Härr Giger’s work caught the attention of film director Sir Ridley Scott, who was in the midst of pre-production on 20th Century Fox’s Alien (1979). By his own admission, Sir Ridley was bowled over by the creations he saw in Necronomicon. These images provided the basis for the titular monster, and it was this blockbuster science fiction film franchise that catapulted an unassuming Giger to superstardom and into the public consciousness for all-time. The set design is known for its heavy emphasis on sexual imagery. His then-wife, Mia Bonzanigo, was there to see him win the Oscar for Alien in 1980.

Härr Giger’s widow, Carmen Maria Giger, expatiates on her late husband’s sense of perception and his masterful melding of human anatomy and machines. As the artist explains, one of his paintings came about due to a trip he had on LSD!

Despite his fragile state, Härr Giger still managed to make it to public appearances when museums mounted exhibitions of his work, such as the Lentos Art Museum in Austria. The droves of fans who flocked to see him came from all sorts of backgrounds, and many of them possessed tattoos of his artwork that covered their arms, legs, and backs.

The film leaves the viewer with an interesting overview of an artist who succeeded in what he set out to do and was complacent in himself and his work.

Click here to purchase on DVD from Amazon.com or here to stream on Amazon Prime. 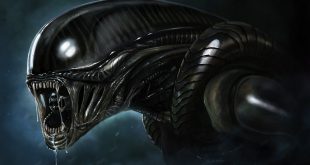 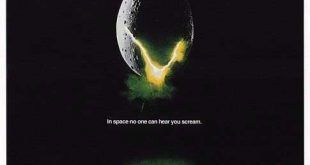