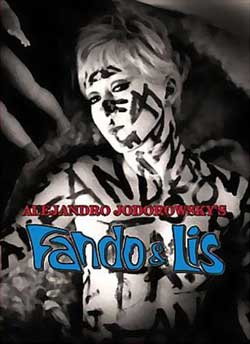 Fando and his partially paralyzed lover Lis search for the mythical city of Tar. Based on Jodorowsky’s memories of a play by surrealist Fernando Arrabal.

Alejandro Jodorowsky has created some fantastic visually engaging films over the years. Each of which I’ve seen is rich in ideology and surrealities. “Fando y Lis”, one of Jodorowsky’s early releases is no exception in idea but if a bit more alluding in translation. This Spanish shot film is produced in full black and white that takes on a multiple of ideas much like Dante heading down into the inferno. With the film originating in 1968, it represents Jodorowsky’s 2nd endeavor leading up to “El Topo“. To understand this film is probably a tougher ordeal than on pure surface value. On the surface it comes across as a fragmented art house movie suggestively illustrating metaphors and dream-like ideas about life, love and temptation.

In research we find out that the film is an adaptation of a Fernando Arrabal play titled under the same name. The clues to how things play out can be seen in the title openers that read more like a illustrative fairytale. We are told about an imaginary place called Tar. This is in fact important to the narrative which also bases its visuals on this imaginative world. To distinguish “Fando y Lis” is divided into 4 acts. Not that each makes the film any clearer, but it does suggest its intentions. 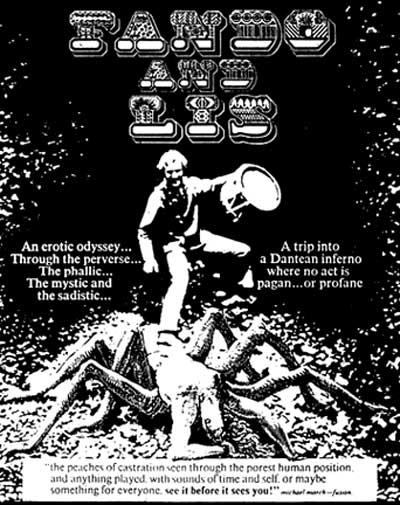 “Fando y Lis” centers on Fando (Sergio Klainer) and his paraplegic girlfriend Lis (Diana Mariscal). The movie open as she consumes flowers and Fando plays about with toy soldiers wearing a cone-shaped hat. They are soon to embark on a mission thru a barren quarry of sorts in what we can assume is a post apocalyptic setting occurring after a major reign of destruction. Even with its demise, the former well-to-does aristocrats continue in their usual manner despite the locales being nothing but rubble. I was taking on the meaning that the world we exist in is only an illusion and that what we make of it can continue in illusion whether it real or not. Much of what Jodorowsky suggests in this film points to a translation for viewers that works like a puzzle. 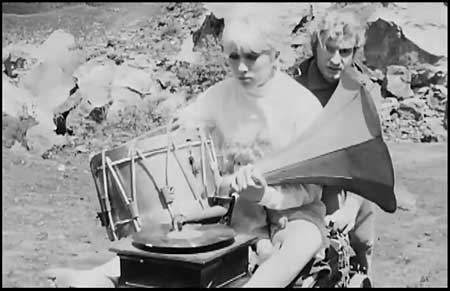 In the first act, Fando flashbacks to a time when his father gave him advice about a magical city named Tar. This was meant as a mental state for Fando but suggests an alternative to when things get bad. Fando carts around Lis as they carry a drum and phonograph. Though Fando is not blind to temptation as he’s plucked away from his fiance by a small group of local temptresses. They indulge and play about paying him in the end. These distractions continue thru the film suggesting Fando’s mental state about the world, his undying love for Lis and the tough choices that lie ahead. Lis also ventures into a mess of indulgence as she is lured into a group of actors ending in a more frightening experience than playful. The photography is beautifully shot almost to composition at times but is downgraded with some of the silliness that occurs. This is apparent in the graveyard scene. 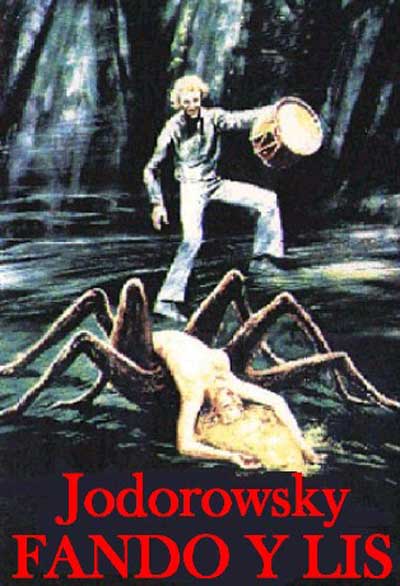 The 2 of them head into a quarry which leads to Tar. A few of the images from the title cards begin to translate into the visuals of which they meet a Pope who guides them forward. He also seeds the narration of “for those who are asleep become awake”. This is done visually with mud bathing bodies but is sort of the omen on what they can expect in their journey. This journey reflects emotional ideas and struggles that they will each have to face in the times ahead. It is re-stated Fando and Lis’s devotion to each thru offbeat visuals such as the claiming by body painting and territorial proclamations. In the 2nd act Fando decides to abandon Lis and has to face the pains of his decision by fruit obsessed old ladies and a group of vigilantes who punish their victims with bowling balls. It is nightmarish in structure all pointing to the eventual reunion of Fando and Lis. He reflects and decides never to hurt again. 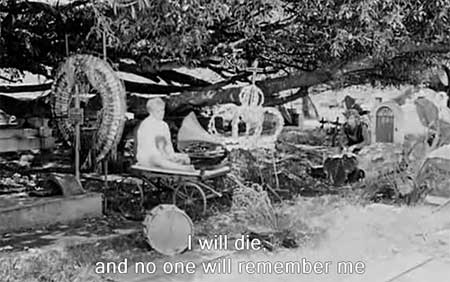 Fando is forever haunted by his mother’s and father’s death. This interjects into the story with weirdness and harrowing realizations. He is taunted by transvestites and other character appearances all reflecting on his mothers abuse of his father. The movie swirls within its own indulgence finalizing on death and resurrection. 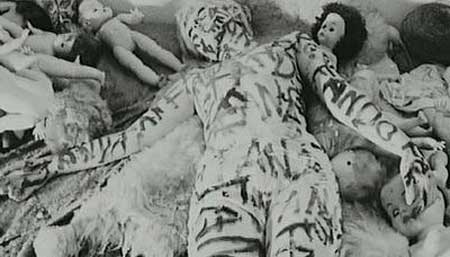 The film was not received well resulting in it being banned in Mexico. As reported, a riot broke out with Jodorowsky fleeing from its premiere. Then again, this was the 60’s and this kind of tabooism was not all well received as it might be today. It remains a visually inventive cinematic experience that should be seen at least once. Because it’s so abstract, I think many will scratch their heads and leave with a puzzled reaction. My advice is to see it, read about it and then revisit, so the ideas are not foreign on next round.