July 15th – Find something and write that date down right now – July 15th.

That’s the date that CRITERION will be releasing David Cronenberg’s classic SCANNERS to Blu-ray and DVD. As is always the case with a CRITERION release, the special features are what make the difference.

Here’s what you can expect:

2.The “Scanners” Way, a new documentary on the film’s special effects

4. The Ephemerol Diaries, a 2012 interview with actor and artist Stephen Lack

5.Excerpt from a 1981 interview with Cronenberg on the CBC’s The Bob McLean Show
Stereo (1969), Cronenberg’s first feature film
Trailer

PLUS: A booklet featuring an essay by critic Kim Newman

Some new artwork too! Check this out! 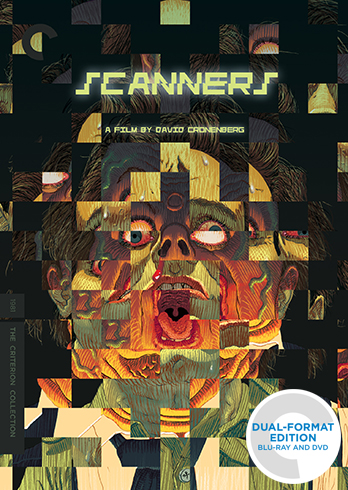 Interested? Yeah, I thought so. You’re going to want to CLICK HERE And pre-order this bad boy while you can.