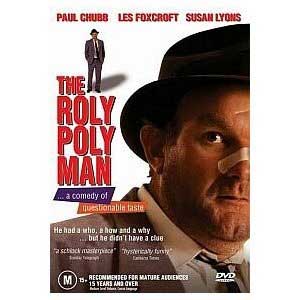 “This remarkable little film is a wonderful homage to the talents of the late Paul Chubb, who for once was able to showcase his ability as the lead in a feature film. He’s private detective Dirk Trent, a collector of cigarette butts, a ‘smooth’ ladies man, a wearer of bad suits, and he’s convinced there’s more to an incident he caught on tape, where a man seemed about to murder his mistress with an axe. Delving deeper, the film enters some seldom-trodden territory as it slips easily into horror and sci-fi, while still maintaining the hilarious dialogue – and Chubb’s voice-over is wonderful. It’s as quirky as they come – so if you prefer Hollywood formalism, you’re probably not going to appreciate it – but if you liked Body Melt, you’ll love this!”

“We should be able to make a good, cheap schlock movie in Australia – The Americans can do it, so why can’t we?” It was an idea that Bill Young, one of Australia’s busiest character actors, had been thinking about since he appeared in Love In Limbo (1993). Ideas flowed as furiously: Giant bats, huge snakes, and killer budgerigars were all mentioned, until Bill settled on the title Attack Of The Flying Funnel Web Spiders. As it happened, we settled on a slug as the villain of the piece – it was the easiest and slowest-moving creature we could think of.

Two weeks later, we assembled at Bill’s home in Lilyfield, Sydney, for the first of his famous script conferences and sausage sizzles. The group included actors, writers, filmmakers, comedians, special effects experts, and yours truly. With one hand on a sausage sandwich and the other making notes on little white cards, Bill scribbled down the ideas as they bounced around. After two of these meetings, there were enough cards and enough consensus to hand the lot over to award-winning television writer Kym Goldsworthy to put together in some form. 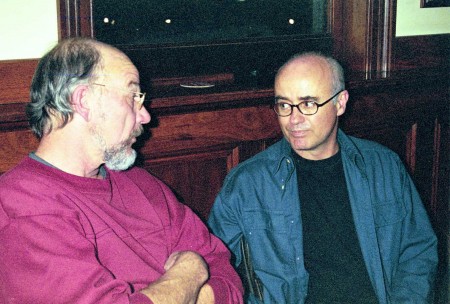 A few days later the first treatment appeared entitled In Your Ear! Kym had written ‘A Sort-Of Synopsis’ under the working title. More discussions followed, until Bill and Peter Green (an Adelaide actor who had given up accountancy for the more flamboyant, if rather less secure, profession of acting) funded Kym to write the full script. By the end of the first week, Bill knew it was happening the way he wanted it to. The story of Dirk Trent, a hapless low-life Sydney private detective who gets caught-up in a dastardly plot involving exploding heads and giant Amazonian slugs, came to life. By the time the second draft of the script was written, Peter, who was now in the role of producer with Bill as director, knew only one man could play Dirk Trent – character actor and old mate Paul Chubb. 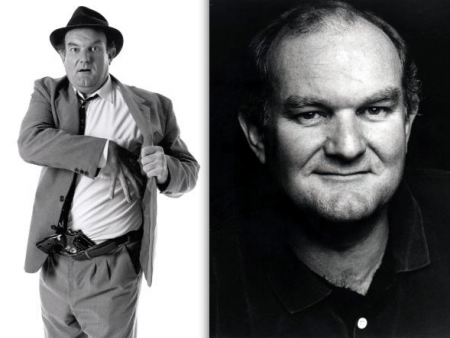 If Bill and Peter were happy with the way things were going, they hit their first hurdle when they submitted the script and a budget to the Australian Film Commission for funding. The AFC rejected The Roly Poly Man, as it was now titled. Ultimately, the New South Wales Film And Television Office came to the party with funding for script development, taking the script to its sixth and near-final stage. Armed with a more polished version and their own money, Bill and Peter received funding from the Film Finance Corporation in February 1993. By June, The Roly Poly Man had its own offices (in a disused school on Willoughby Road, north of Sydney), costumes were being made and a giant Amazonian slug was being created. Most of the cast and crew were friends and, even when they were shooting under adverse conditions, there was no sense of temperament or trouble.

Fate regarded The Roly Poly Man (1994) with a degree of amusement. A brief sequence that was intended to be in the film saw director Bill (one of Australia’s tallest actors) driving down Sydney’s main drag, George Street, in his yellow beach buggy, wearing garish clothes and sporting a leather flying helmet and goggles. It was to have been a lightning-quick shot, but cinematographer Brian Breheny had to abandon his camera to help push the beach buggy along when it broke down outside a cinema complex, to the bewilderment of the filmgoers outside. Later, Bill’s brother and special effects coordinator Dave Young was detained by police for having a ‘dead body’ in his car. It was a put-up job, with two fair-dinkum policemen putting on a better performance than most of the actors could believe.

Dirk Trent spends much of his life at The Bridge Hotel in Rozelle. The hotel (in the film) is dingy, as befits dingy Dirk, with a Ramones tribute band called Exploding White Mice thrashing away constantly. I later caught up with the team at the rushes. What looked like a warm hotel with lights and dozens of people was transformed into Dirk’s bar, a smoky, forlorn and nearly empty dive – ah, the magic of film-making.

Well, the movie was completed on time, cut on time, and even made its way to the Cannes Film Festival where, despite competition from other Australian films about weddings and men dressing up as women, The Roly Poly Man made its mark. On the Riviera in summer, a guy in a grey suit looking like he crawled out of a garbage can does attract attention. Paul Chubb, in Dirk Trent’s battered hat and crumpled suit, was forming his own Continental fan club, and even managed to gatecrash a couple of good parties. The film attracted considerable attention – Italian buyers were very keen and the film was snapped up for two other festivals around the world. 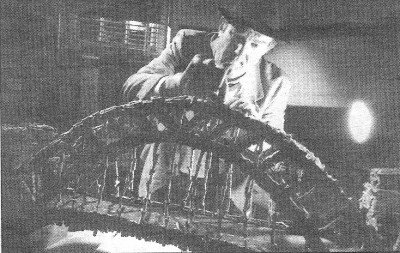 The big question is, why are people’s heads exploding? The bigger question is, how do you get brain stains off the convent walls? Sounds gruesome but it’s actually all carried off with a potty poker-faced panache that keeps a fun audience cringing cheerfully. This is Bill’s directorial debut, and he handles Kym Goldsworthy’s lunatic AFI-nominated script with real flair. The result is stylish, slightly jaded, but very funny indeed! This is also terrific work from Paul Chubb (who sadly passed away in 2002), beautifully matched with veteran comic Les Foxcroft as wizened electronics wizard Mickey, whose idiot-savant skills plunge the duo into a schlocky tale of inner-city Sydney horror. There are mad brain doctors, Dirk’s ex-wife and their tribe of kids, obsessed slug experts, a transcendental experience induced by a diet of Mescal worms, plus the morning after the night before. 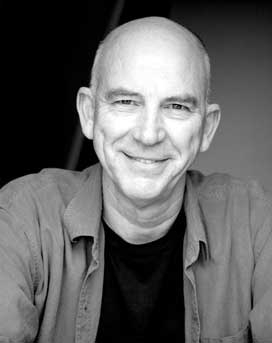 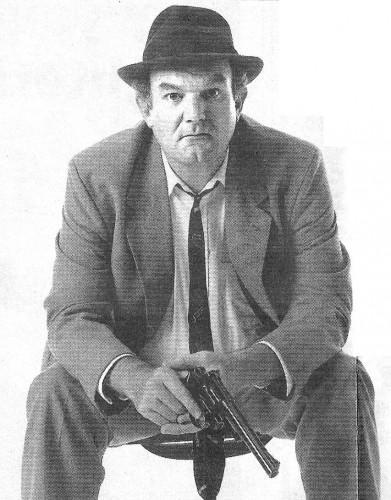 Before I bid you goodnight I’d like to profusely thank journalist Paul LePetit (who also appears in the film somewhat appropriately as a barfly) for his excellent reportage and assistance in researching this article, and I look forward to your company next week when I have the opportunity to freeze the blood in your veins with more sickening horror to make your stomach turn and your flesh crawl in yet another fear-filled fang-fest for…Horror News! Toodles! 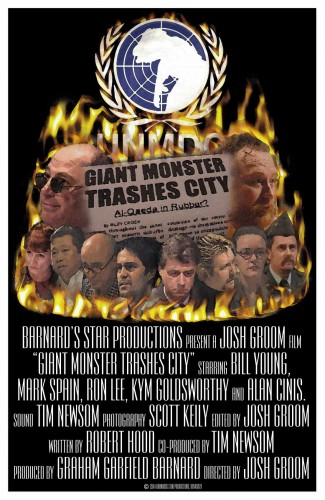