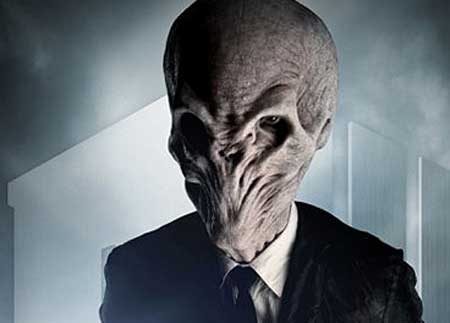 Throughout the 50 year history of Doctor Who many monsters & villains have scared viewers and fought The Doctor across time and space. The most famous & longest tenured advisories of the Doctor are of course the Daleks. Other famous villains from the mythology of the franchise include the Cybermen, Autons, Silurians, Sontarans, and the Master, a renegade Time Lord hell bent on ruling the universe.

In 2007 the franchise was introduced to maybe the most frightening of all villains, the Weeping Angels which were without a doubt the scariest monsters introduced in the new millennium. So scary that one had to wonder how would the series be able to follow up with another monster that could match the fear that the Weeping Angels gave the Doctor, his companions, and most of all the viewers? But in 2011 another monster was introduced that matched the chills & creepy vibes the Angels had given us. And those monsters are the subject matter for this month’s project. Those eerie scares were brought to us by the creatures known as The Silence. 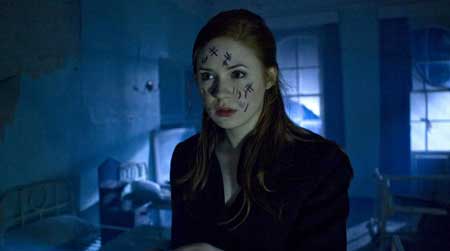 The Silence debuted in the 2011 opening episode ‘The Impossible Astronaut’. But the ground work was laid out for their debut a year earlier. During the 2010 series the Doctor continues to hear the phrase ‘Silence will fall’. The Silence show up in the aforementioned Astronaut episode looking like a cross between the Men in Black with their suit & ties and the famous painting The Scream by Edvard Munch. The Silence have no mouths with skin tightly wound on their bony faces. Tiny eyes are centered in larger than needed eye sockets which make their eyeballs look even smaller, and much creepier. Though they lack mouths they do make noises of communication that sound familiar to the clicking sounds the alien makes in the Predator movies. But what makes the Silence unique is the fact that anyone who sees them immediately forgets about them once they look away.

This unique feature makes them a psychological threat to Doctor Who and the human race, as even though they are forgotten about once somebody turns away from them, they are able to influence the human race for their own needs with subliminal messages during the time they are viewed. The 11th Doctor (Matt Smith) solution to the forgetful nature of these creatures is to tally them with count marks on his and his companions bodies before one of them turns away. Good reference point for this would be the film Memento in which the main character tattoos himself with memories due to his short term memory loss. Current technology also comes out handy as recording devises on smart phones can remind our heroes of the encounters, although video would not help because once seeing the video, that person would forget about actually seeing the video! 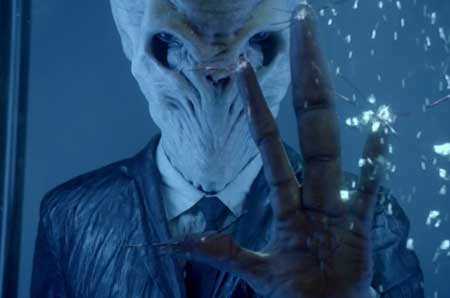 The Impossible Astronaut leads into the next episode Day of the Moon, in which this story arc centers on the Apollo moon landing and the Silence manipulating the US Government for their own needs. This historic moment which was one of the most viewed television moments in human history is used by the Doctor to defeat the Silence, as he records one of them saying ‘you should kill us on sight’ which is viewed during the moon landing.

So when every human sees this on the broadcast, any time one of them sees the Silence it is that new subliminal message that has each human kill the Silence on sight, with the twist being the human race will not remember doing this after turning away from killing the Silence. The Silence are not seen again until the episode Closing Time but are mentioned in the episode prior to that (Let’s Kill Hitler) in which it is revealed the Silence are not just a species but also a religious order. They are named the Silence after the universal prophecy which is also the oldest question in the universe. ‘Silence will fall when the question is asked’.

The Silence then feature in the Series 6 finale ‘The Wedding of River Song’ which takes place in an alternative universe in which all of history is crashing upon itself. In this episode the Doctor fakes his death in Utah to make all his enemies, including the Silence, to believe him to be dead. However another prophecy is known to the Silence and found out by the Doctor after he faked his death. And that prophecy says the fall of the 11th will occur on the fields of Trenzalore (another planet).

The Silence then reappear in the episode ‘the Time of the Doctor’ which is not only the 2013 Christmas special, but also the swan song for Matt Smith’s tenure as the mad man with a blue box. The Silence are revealed to be genetically modified priests that guard the oldest question in the universe, which is Doctor Who? Silence will fall if that question is answered! Doctor Who? Doctor Who? The one and only Doctor Who!