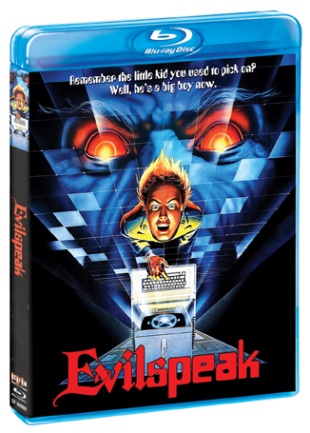 TWO 80’ HORROR CULT CLASSICS ON BLU-RAY™ FOR THE FIRST TIME!

Prior to its U.S. theatrical release, the distributor of the film requested that the graphic violence be cut to avoid an “X” rating from the MPAA. The film has been completely restored from a newly discovered 35mm inter-positive source including all of its long rumored scenes of bloody carnage. This new edition includes all-new extras including a new commentary by producer/director Eric Weston (Hyenas).

Life sucks for Stanley Coppersmith (Clint Howard), a teenage outcast who’s bullied by everyone at a strict military academy. When Stanley discovers the crypt of a 16th Century Satanist beneath the chapel, he creates a computerized Black Mass that unleashes unholy revenge upon his tormentors. Now, all hell is about to break loose! Evilspeak is not for the faint of heart. 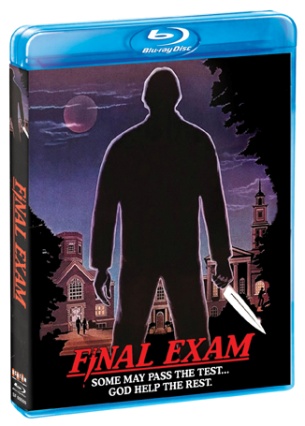 At Lanier College, the semester is almost over. Exam week is coming to a close when some upper classmen play a prank by staging a phony terrorist attack. But the next moment of excitement at the school won’t be a prank. And it’s something a lot more final than an exam. Students are falling prey to a knife-wielding maniac stalking the school, bent on making sure that for some, school is out…forever!